Locals and foreigners alike take advantage of the Hari Raya holiday to spend a day exploring KL, with popular destinations including Pavilion, Jalan Bukit Bintang, KLCC and Petaling Street May 3, 2022. — Picture by Devan Manuel
Follow us on Instagram, subscribe to our Telegram channel and browser alerts for the latest news you need to know.
By YISWAREE PALANSAMY

KUALA LUMPUR, May 4 — Unlike previous years, the long Hari Raya holidays did not see a quiet Kuala Lumpur this time round.

Lines of people were seen making their way into Pavilion Kuala Lumpur — a mall which houses many high-end brands.

Almost all the eateries in the mall were full with huge groups of people waiting to be seated.

The parking floors saw cars of all models screeching to fill up empty spaces, while on the street outside, waves of people were making their way into the popular Lot 10 and Starhill nearby. 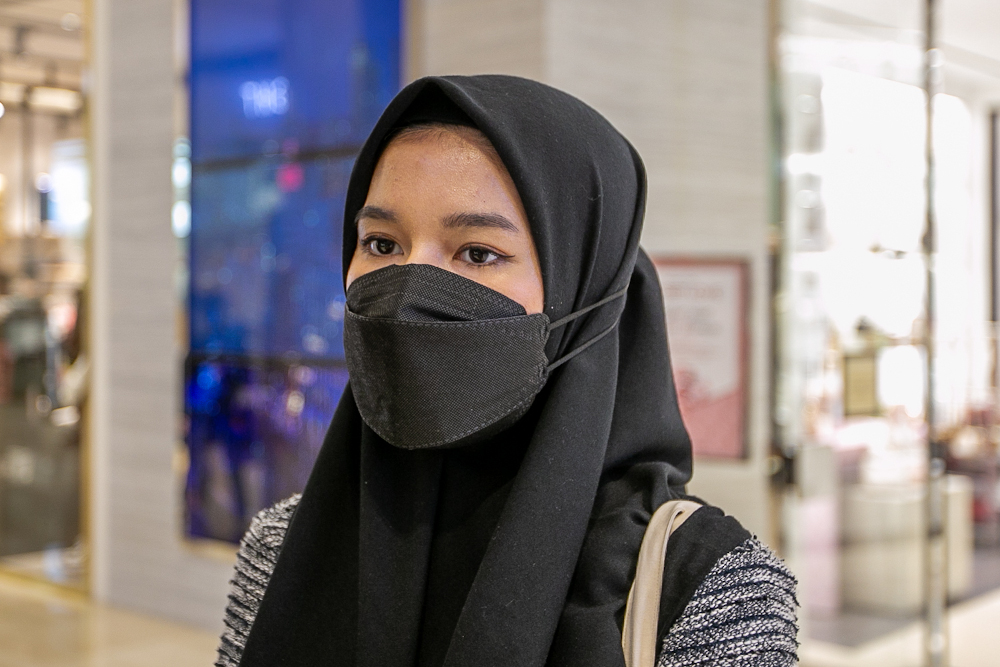 Manisha decided to fly over to Kuala Lumpur to celebrate her Hari Raya holidays. — Picture by Devan Manuel

“I came here for a holiday since the border is open now,” Indonesian lecturer Manisha told Malay Mail. She said that Malaysia was a frequent family holiday destination before the pandemic.

“To visit the malls, experience the cuisine here,” she said, adding that she decided to come for Hari Raya this time around; Pavilion is a must-visit for her and her family members.

“I always stay near Pavilion so that I can walk to any of the locations here,” she said. 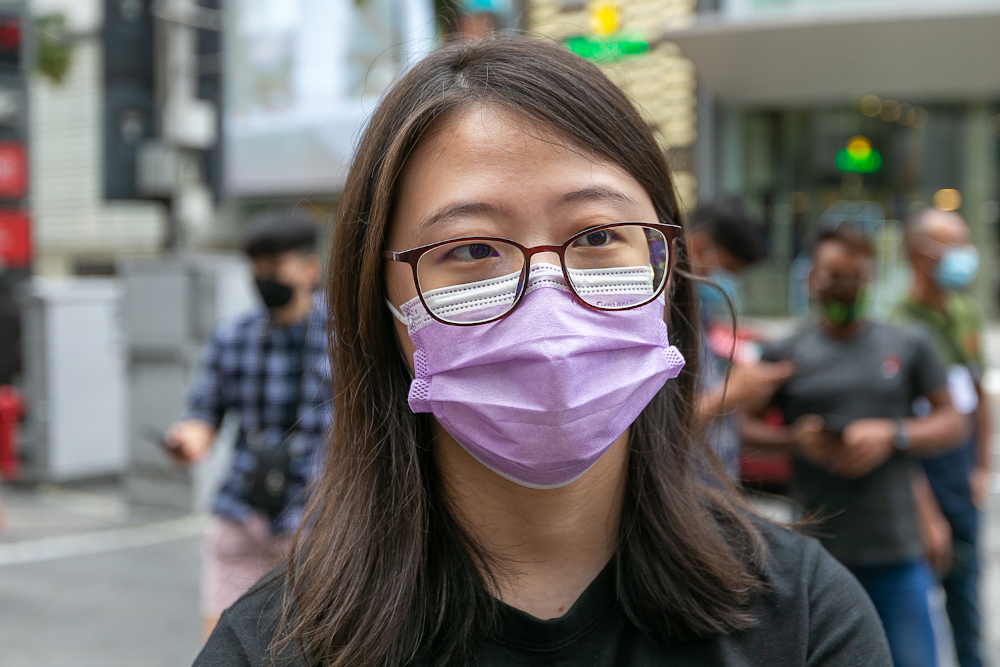 Ng Yi Ern said the trip to the city centre was for a long overdue sightseeing trip with her friends. — Picture by Devan Manuel

Klang resident Ng Yi Ern said this was a long overdue sightseeing trip with her friends.

“After a long time, we came to KL... so we came to check out how it is now. For the last two years, we stayed at home because of Covid-19.

“The crowd today is still okay. We came here quite early. I think the crowd today seems to have gone back to pre-Covid-19 days,” she said, adding that the group will also be going to KLCC as part of their “shopping mall hopping” trip.

Her friend Wong Yee Ping was surprised that many non-Malays seemed to have chosen to stay back in the city despite the long holiday. 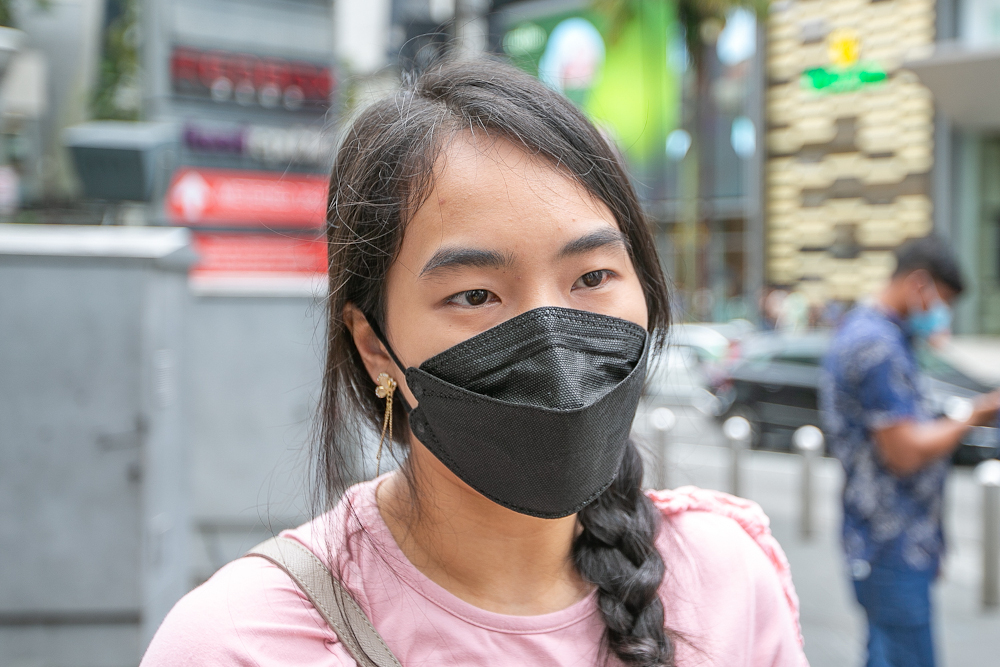 Wong Yee Ping,said she and her friends only had time to catch up this week, owing to the long break. — Picture by Devan Manuel

“I was expecting that many would balik kampung too. We chose this day because we thought there will be fewer people but when we came here, we found that the roads were jammed and did not expect such a crowd.

“We are just going to walk around KL, sightseeing. Previous years, when it’s Hari Raya we usually visit our Malay friends but now they are not around. Since we are all working now and we have less time to spend together, we decided to do this today,” Wong added.

Businessman A. Surender drove from Nilai with his family to the city for a much deserved three-day break.

Surender had to return home to Nilai after not being able to find lodging for his family and returned the next day after securing one. — Picture by Devan Manuel

“We came to enjoy the city vibes after so long. We made a day trip yesterday but KLCC was just too packed. We could not even buy tickets to take our children to Aquaria KLCC. It was too crowded. The queue was probably one kilometre long.

“I think people are getting used to it, like back to normal days. I think many stayed back because they are afraid of the traffic jam returning to their hometowns. So I suppose we give way to those who are celebrating, as this time, the celebration is much more meaningful while we make do with other options,” he said.

The family plans to visit Aquaria and Petrosains: The Discovery Centre as well as the National Science Centre.

At Petaling Street, rows of cars were seen making their way into parking lots while many vehicles were parked on the side of the main road.

Small stalls were crowded with customers. Traders were seen tirelessly taking and preparing orders, some drenched in sweat from the sweltering heat. 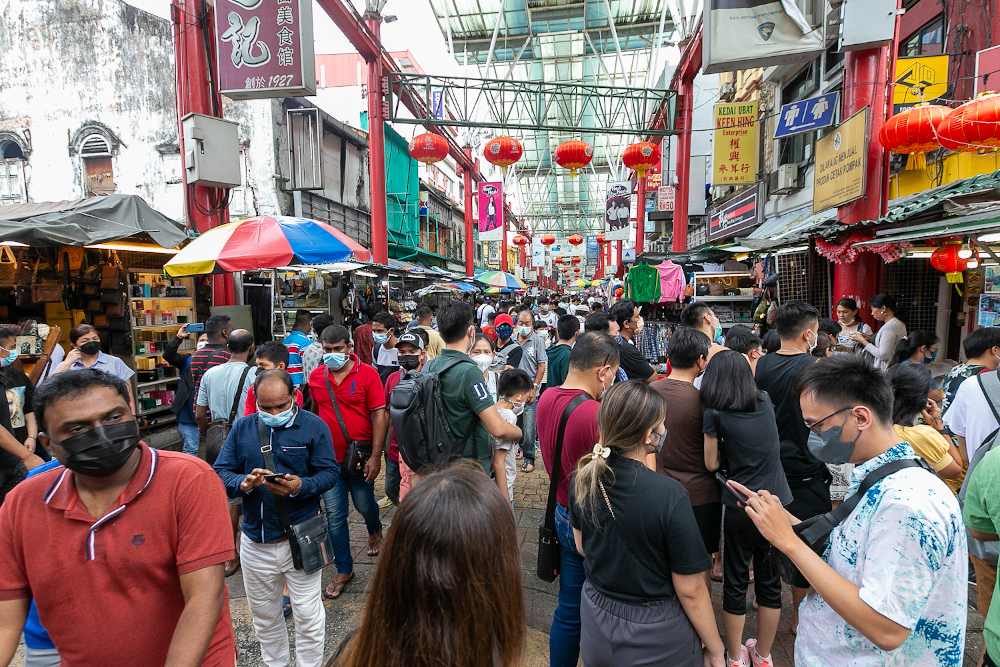 A clothing store owner who only wanted to be known as Chan said that she was taken aback by the number of people who visited Petaling Street.

“I didn’t expect this. At about 8am, people started coming... mostly to eat and then they started shopping at all the stalls. This time around business is better than normal days,” she said.

Another business owner said that business has been good recently. “Business is alright, today is good. But I don’t know how it will be after this peak season.”

“Many people out of KL also came here,” he added. 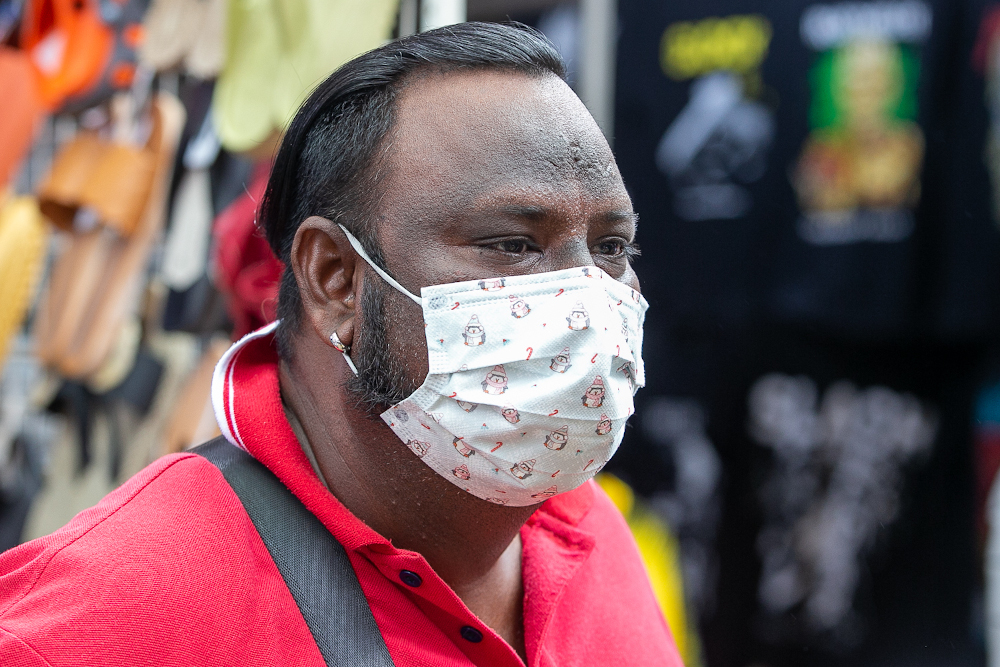 Micheal Raj decided to visit the city centre after not being able to go back to Penang for the holidays. — Picture by Devan Manuel

Micheal Raj said that he was shocked at the number of people today. He came with his family to shop.

“I am going back to work on Thursday and my family said let’s go out and here we are. I didn’t expect this crowd. I took 45 minutes to get parking and after many rounds, I parked at a place nearby and paid RM15.

“I went to Pavilion earlier and decided to come here after that,” he said, adding that he was told by his family members in Penang to not come this time around as it is just too crowded in the state.

“So we decided to stay put,” he added. 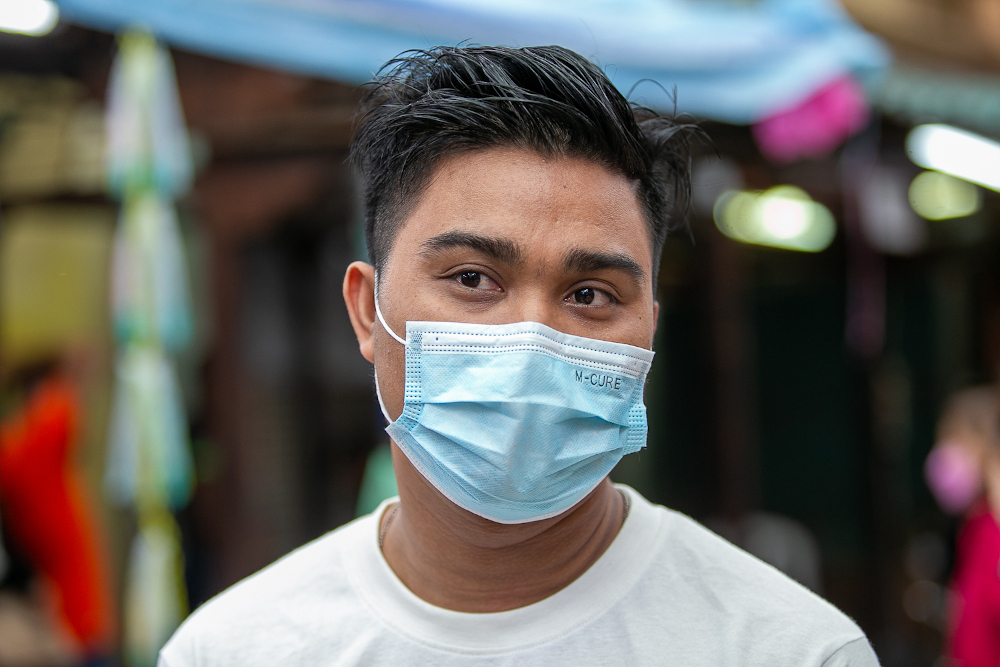 Akbar Azharrudin received a rude shock after underestimating the number of people who would be in KL for the break. — Picture by Devan Manuel

Factory worker Akbar Azharudin, an Indonesian migrant worker, was expecting a dull atmosphere as he made his way into the city for some shopping only to be rudely shocked.

“I didn’t expect this at all. I feel there are just too many people. Too many. I came for some sightseeing as well, as I thought KL would be empty,” he said when met at Petaling Street.