Overtaken by Vietnam and Thailand, Malaysia wants to again promote ‘Made in Malaysia’ brand

Malaysia’s landmark Petronas Twin towers and Kuala Lumpur Tower are seen as the sun sets over the Kuala Lumpur skyline in Ampang July 20, 2021. — Picture by Firdaus Latif
Follow us on Instagram, subscribe to our Telegram channel and browser alerts for the latest news you need to know.
By IDA LIM

Malaysia’s National Trade Blueprint (NTBp) 2021-2025 lists out various plans and strategies, including reducing overlaps between government agencies by setting up one-stop websites for exporters, promoting the “Made in Malaysia” brand and pushing companies into digitalisation and e-commerce.

Here’s a quick look at why Malaysia launched the NTBp, what it is, and how it could help Malaysia restore and recover its previous shine as a top 20 exporter globally. (This is based on a frequently-asked-questions list by the government and the 55-page executive summary of the NTBp):

This was commissioned by the Ministry of International Trade and Industry (Miti) and developed by the Malaysia External Trade Development Corporation (Matrade) to increase Malaysia’s trade and enhance the country’s competitiveness in exporting products.

The blueprint does not cover the exporting of services, as services are already covered by the Services Sector Blueprint 2021-2025. 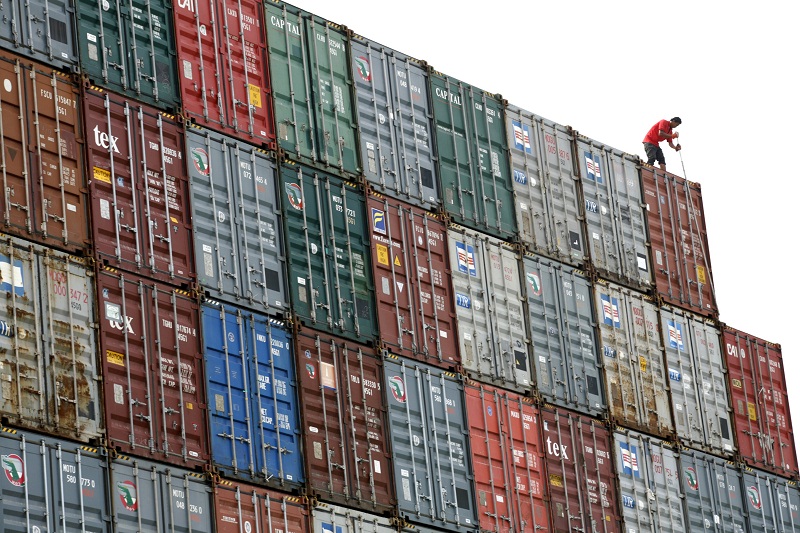 A worker inspects a container at North Port in Port Klang outside Kuala Lumpur in this January 8, 2009 file photo. — Reuters pic

Previously being among the top 20 exporters globally in the early 2000s, export-oriented Malaysia has however experienced slower growth in exports and has been losing market share to other countries over the past decade.

“Since 2010, Malaysia’s global export ranking has hovered between 23rd and 25th position. Further, Malaysia has been slowly overtaken by its neighbours such as Thailand and Vietnam,” the blueprint said.

In the annual global export ranking, Malaysia was previously ranked 18th in 2004, before falling to 23rd spot in 2010 while remaining above Thailand (25th spot), and also being at the 23rd spot in 2015 while Thailand occupied the 21st spot.

For 2020, Malaysia was at the 24th spot, with the government noting that Malaysia’s export is still growing but not at a pace as fast as other countries.

In the World Economic Forum’s Global Competitiveness Index, Malaysia too had dropped from 25th in 2018 to 27th in 2019, which the blueprint attributed mainly to weaker performance in terms of skills, finance and business dynamism.

The blueprint noted that Malaysia is losing its competitiveness as shown in its declining share of foreign direct investment regionally, when compared to South-east Asian neighbours Vietnam, Thailand and Indonesia that are all having growing FDI inflows.

In Malaysia, small and medium enterprises contribute to just 8.5 per cent of goods exports in 2020, with high dependence on multinational corporations to drive the country’s exports as shown by foreign investments contributing 74.1 per cent of approved export-oriented projects.

Malaysia also lagged behind countries like Singapore, Japan and Korea when it comes to labour productivity per worker and investment in research, development and innovation.

To boost Malaysia’s export performance, the government recognised the need to overcome the lack of efficiency and fragmented focus in export-related efforts, as well as to be armed with the necessary information to capitalise on global trends to stay relevant.

A woman uses a smartphone as she walks pass a 5G logo during the launch of the 5G Showcase in Putrajaya April 18, 2019. — Picture by Mukhriz Hazim

3. Here’s how the Malaysian government plans to take action

The blueprint also lists down eight strategic thrusts with 40 specific recommendations to improve Malaysia’s trade competitiveness, with eight working groups — of specialists from the public and private sector — to monitor and implement the recommendations.

The eight working groups are to report thrice a year to an expanded and renamed committee known as the Export Coordination Committee (JK-X) chaired by the chief secretary to the government and which involves the secretaries-general of all ministries.

4. Highlights of the eight strategic thrusts

For the first thrust aimed at removing business constraints and export bottlenecks to have a smooth exporting process, the blueprint plans to set up a single portal with up-to-date export-related information from all ministries and agencies, instead of having it scattered across different websites.

Similarly, the blueprint aims to set up a centralised database of all exporters and importers, set up a single trade information portal to compile trade financing information, and create awareness of alternative sources of financing for exporters, and lower the barriers to financial assistance as well as compliance costs.

It also plans to set up a 24-hour one-stop centre within the Port Klang area with all relevant agencies such as the Customs Department, permit issuing agencies, port authorities, free trade zone authorities to be stationed there, and to also carry out a feasibility study for a single land checkpoint for faster clearance and to save cost for exporters from Malaysia, Thailand, and Singapore.

For the second thrust focused on strengthening the production capacity and capabilities of SMEs to enter the global value chain, action plans include encouraging multinational companies in Malaysia to source locally, and for government projects’ planning phase and government-linked companies to prioritise local companies before considering outsourcing abroad.

For the third thrust aimed at providing support to exporters and grooming new champions in the supply chain, the action plans include promoting local sourcing for strategic goods to help local suppliers establish a track record.

For the fourth thrust aimed at using digitalisation to help exporters scale up, increase productivity and internationalisation, the action plans include upgrading high-speed internet connections in Tier 2 cities and rural areas, and increasing the adoption of e-commerce. 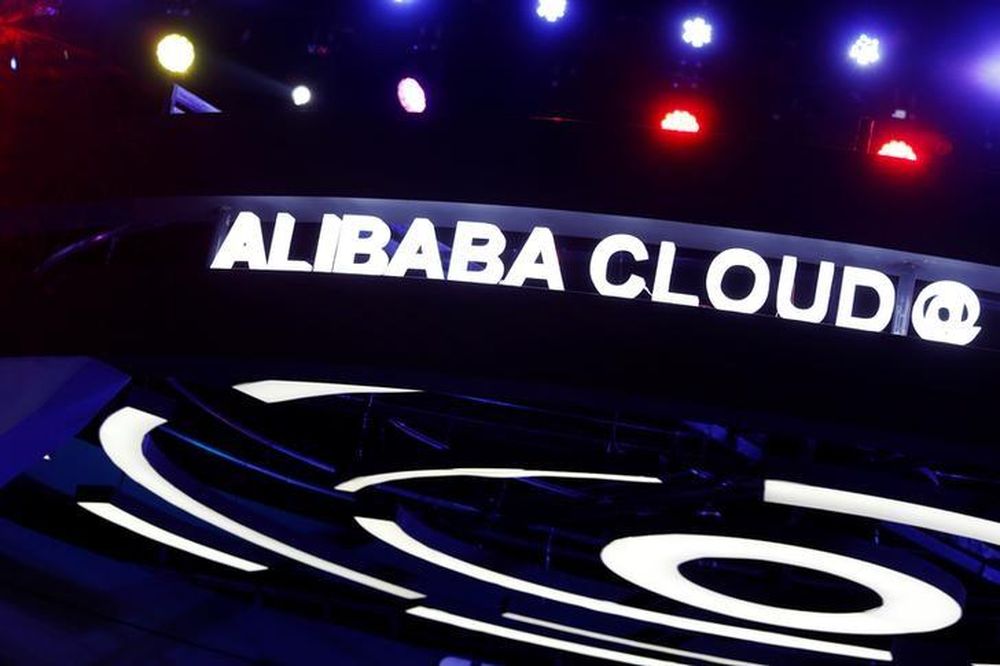 The blueprint also suggests the action plan of collaborating with international e-commerce players such as Alibaba, eBay and Amazon by linking Malaysian companies to these global platforms, and improve how Malaysian businesses can be verified such as via Exporters ID to instill buyers confidence, and setting up a Malaysian Pavilion within these platforms. — Reuters pic

The blueprint also suggests the action plan of collaborating with international e-commerce players such as Alibaba, eBay and Amazon by linking Malaysian companies to these global platforms, and improve how Malaysian businesses can be verified such as via Exporters ID to instill buyers confidence, and setting up a Malaysian Pavilion within these platforms.

As for the sixth thrust aimed at enhancing Malaysian brands’ visibility globally, action plans include conducting a study to develop the “Malaysia Brand” or a national branding theme to market local products internationally.

The blueprint noted that the national brand identity is currently skewed towards tourism and food, and noted the need to streamline the multiple branding messages when promoting Malaysia’s exports.

To improve perception of Malaysia’s capabilities to produce premium goods and to increase awareness among overseas buyers, the blueprint suggested developing storylines for key sectors in partnership with branding experts to promote local products and also using virtual reality and 360 degree panoramic views to showcase Malaysian suppliers’ manufacturing capabilities and products in 3D.

Noting limited product branding exposure as well as poor storytelling and communication causing Malaysian SMEs to be unable to market their products, the blueprint said existing efforts to promote “Made in Malaysia” products should be intensified such as by promoting one product per sector each week through social media and providing training, support and grants for marketing, branding, copywriting and trademark protection efforts.

The seventh thrust focuses on objectives such as steering Malaysia towards developing high-value, high technology goods that would help increase the country’s export value.

The final thrust is aimed at encouraging exporters to adopt sustainable good practices and standards and pushing for investment in innovation to support excellence in Malaysian exports.

Action plans under the final thrust include addressing forced labour issues, with the focus to go beyond looking at hiring policies and also consider foreign workers’ working hours and living environment.

Also recommended as action plans are to increase transparent enforcement activities especially in key export sectors with a large number of foreign employees, and regular engagement such as by the Human Resources Ministry with enforcement agencies overseas such as those in the US, UK, Australia and New Zealand for more transparency.

Action plans include setting up an online database with profiles of both industry players and academic experts to enable matching and collaboration in order to spur innovation among exporters, and increase awareness and registration of intellectual property rights to protect Malaysian brands.

6. How Malaysian will benefit

The FAQ said the blueprint will improve the business ecosystem here, which will then support the country’s competitiveness and export growth.

“NTBp will serve as catalyst that can provide positive impact for the nation through higher revenue generation, which leads to better employment opportunities, quality education for students and improved lifestyle for the people,” it added.

More information on the NTBp can be found here: https://www.matrade.gov.my/ntbp.