Here’s what Malaysians tweeted most about on Wesak yesterday: BTS, AstraZeneca vaccine, Tajuddin, and more

Customers pose with their BTS Meal at a McDonald’s outlet in Seksyen 3, Shah Alam May 26, 2021. — Picture by Miera Zulyana
Follow us on Instagram, subscribe to our Telegram channel and browser alerts for the latest news you need to know.
By IDA LIM

Unable to physically travel far during the public holiday, many Malaysians spent the day talking up a storm on social media.

Malay Mail made checks on Twitter at regular intervals. Here’s our snapshot of the key topics that dominated discussions on Twitter all of yesterday and the evolving mood of our fellow Malaysians.

Malaysian fans showed their love and excitement for popular K-pop band BTS’s special collaboration with popular fast food chain McDonald’s by turning the special meal set into a trending topic on Twitter and also making the effort to come out to buy the meal either by queuing for it physically or through the drive-through.

Malaysia was the first country in Asia to get their hands on the BTS Meal, which debuted in only 12 countries worldwide yesterday and came in purple-coloured packaging bearing the boyband’s logo. It became available in Malaysia from 10am yesterday.

BTS fans — known as ARMY — may have also caused McDonald’s online food delivery service “McDelivery” to have become a trending topic on Twitter, as they turned to it to buy the meal while also sharing experiences of disruptions to the service due to the heavy online traffic. 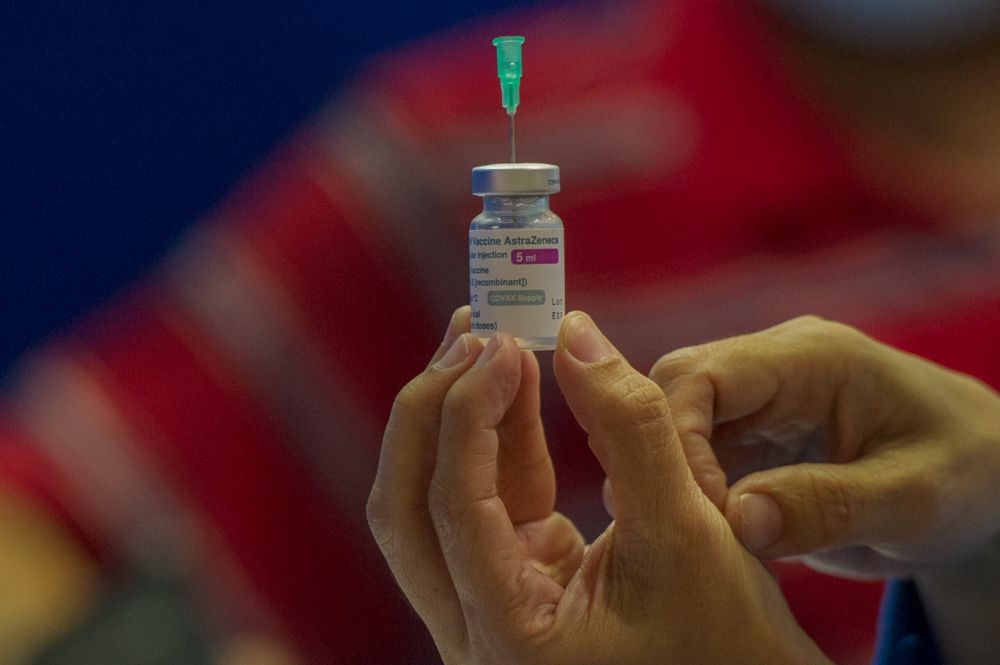 A nurse holds up a dose of the AstraZeneca Covid-19 vaccine at the Dewan Gemilang UKM vaccination centre in Bangi May 5, 2021. — Picture by Shafwan Zaidon

2. Round two of all-age sign-ups for Covid-19 vaccine by AstraZeneca

The rush in Malaysia to register online for the limited slots of the latest batch of Covid-19 vaccine produced by AstraZeneca started at around 12pm, when sign-up was opened to those aged below 60. The registration for all-ages was deferred to 12.15pm onwards.

But by 1.27pm or just about an hour later, the registration for the slots was closed. The Covid-19 Immunisation Task Force announced last night that all remaining 956,609 slots were fully taken up in that hour.

Malaysians took to social media platforms such as Twitter to express their frustration and to share their experiences in registering for the slots, with some also sharing their tips on how the perceived technical glitches — including inability to select slots while filling up the registration forms — could have been avoided or programmed to cope with the overwhelming demand.

At around 1.42pm, #AstraZeneca had become the number one trending topic in Malaysia at 27,000 tweets, while #BTSMeal and #BTSxMcDonalds dropped to second spot and third spot with 69,400 tweets and 12,600 tweets respectively.

At this time, popular hashtag for AstraZeneca vaccination in Malaysia #CucukMYAZ took the fourth spot (4,748 tweets), while CORS which was featured in tweets about technical problems and solutions for the AstraZeneca vaccine sign-up process took sixth spot at 2,795 tweets.

Plausibly in connection to yesterday’s round three AstraZeneca registration was MySejahtera (trending at seventh spot, 18,700 tweets), Hunger Games (eighth spot, 12,700 tweets), RM70 (10th spot) which was likely in reference to the RM70 million government allocation for items such as Malaysia’s Covid-19 vaccination registration system, Negeri (11th spot, 86,100 tweets) possibly in reference to the state selection button which many found themselves unable to click on while registering, Refresh (13th spot, 29,100 tweets) which was what Malaysians attempted repeatedly in a bid to access the full registration form, AZ 2.0 (14th spot, 2,462 tweets).

Other trending terms in Malaysia at around 1.42pm were: Stuck (15th spot, 90,300 tweets), Stress (16th spot, 115,000 tweets), Cloudflare (17th spot, 1,093 tweets) with a Twitter user having suggested that a freeware version of the online service may have been used for the Covid-19 vaccination registration website.

Some of these terms occupied the top 10 trends list on Twitter for hours until at least 6.30pm when checked by Malay Mail, with only the MySejahtera term remaining in the top 19 list at the 15th spot by around 7.30pm. Prasarana chairman Datuk Seri Tajuddin Abdul Rahman addresses members of the media during a press conference in Kuala Lumpur May 25, 2021.

Based on Malay Mail’s check of the Trends24 website which tracks topics trending on Twitter by the hour throughout the day, the online push in Malaysia for Umno politician and Pasir Salak MP Datuk Seri Tajuddin Abdul Rahman to resign as Prasarana chairman had been on the country’s list of top 10 trending topics throughout the day.

This started from as early as around 5am or 6am with #TajuddinLetakJawatan. Other tags like #LetakJawatanTajudin and Sign the Petition subsequently featured in the top 10 list too until about 2pm, and made a reappearance from about 6pm onwards in the top 10 list, based on a rough calculation of the time from Trends24’s hourly information.

This was likely driven by an online campaign on Change.org urging Malaysians to sign its petition demanding Tajuddin’s resignation for what was seen as his poor response during a press conference on Tuesday addressing the May 24 underground collision of two LRT trains at KLCC that had 213 passengers injured, 47 seriously.

That was also less than an hour after news reports of the Finance Ministry’s decision to sack Tajuddin with immediate effect from the Prasarana chairman position.

At 9.30pm, Malay Mail’s checks of Twitter showed the terms Tajuddin, Prasarana and Isn’t Malay Mail were in the top 19 list at the eighth spot, 12th spot and 13th spot.  By 10.09pm, Isn’t Malay Mail and Prasarana were at the 12th and 13th spot respectively while Tajuddin had dropped out of the list. By 11.20am, Tajuddin was back in the list at the 17th spot with 101,000 tweets by then, while the two other terms were no longer in the list.

The Isn’t Malay Mail term had trended as part of Tajuddin’s response when asked about news of his sacking from Prasarana. A Super Flower Moon rises behind the Sydney Opera House on the night of a lunar eclipse, in Sydney May 26, 2021. — Reuters pic

A cursory glance by Malay Mail of the top 19 trending topics on Twitter in Malaysia showed that topics related to K-pop had featured heavily in the list throughout the day, apart from the key topics revolving around the BTS Meal, the slots for AstraZeneca’s Covid-19 vaccine and Tajuddin.

Earlier in the day, terms related to Wesak Day were also naturally in the top 19 list in Malaysia, such as #wesakday at the third spot and Buddhist at the fifth spot at around 10.44am.

A notable mention would be Super Flower Blood Moon, which started featuring in Malaysia’s trending list at the 16th spot in the evening, based on Malay Mail’s checks of Twitter’s own list at around 7.30pm.

The term Super Flower Blood Moon continued to stay in the top 19 list for several hours, climbing up to as high as the 10th spot at around 10pm before falling back to the 16th spot at around 11.20am, Malay Mail’s checks showed.

This is the name of a rare total lunar eclipse which was visible in Malaysia yesterday.

As a whole, Trends24’s information as of around 10.30pm yesterday showed that the topics that were in the All Day Trending Today were Sign the Petition, #BTS Meal, K-pop singers Woozi and Taeil, Pasir Salak (which is Tajuddin’s constituency), while the Most Happening Trends were #BTSMeal, Sign the Petition, MySejahtera, #AstraZeneca and Hunger Games.