Did beer chuggers at Likas Covid-19 quarantine centre have inside help? Cops on the case, says Masidi

Sabah Local Government and Housing Minister Datuk Seri Masidi Manjun said that the state Health Department viewed the incident seriously. — Bernama pic
Follow us on Instagram, subscribe to our Telegram channel and browser alerts for the latest news you need to know.
By JULIA CHAN

KOTA KINABALU, Jan 18 — Authorities here are probing how buckets of beer were brought into a Covid-19 quarantine centre in Likas, and whether a staff member was involved.

Sabah Covid-19 spokesman Datuk Seri Masidi Manjun said that the police are investigating the incident, which attracted attention after a video made the rounds on social media showing patients at a quarantine centre holding cans of beer with buckets more on the floor.

“The police do not discount the possibility that the beer was brought in by the patients themselves, or that they were aided by a staff member at the quarantine and low-risk treatment centre.

“We are also unsure how it happened. Maybe it was brought during their admission, but why weren’t they checked? We also want to know if there was a staff member who had possibly closed one eye to the incident,” he said.

Masidi, who is also state local government and housing minister, said that the state Health Department viewed the incident seriously and if there is proof that a staff member was involved, disciplinary action will be taken as per the Regulations for Civil Servants (Conduct and Discipline) 1993.

He said that the centre’s management are now conducting surprise checks on patients to prevent similar incidents from recurring.

In the 12-second video, a man, seated on what appears to be a mobile bed, can be seen holding a beer can and chatting with other people, including women around him, in the Hakka dialect. Two buckets of beer can be seen near the bed.

Meanwhile, Masidi said that Sabah still has some 3,799 samples to be tested for Covid-19 as of today.

Sabah, which has the second highest number of cases by states overall, has been recording an increase in infections over the last week, coming up with 432 new ones today, bringing the total to 44,076 cumulatively.

Masidi, however, assured Sabahans that the health authorities had the situation under control and would not be calling on private hospitals’ help yet.

“We are still at 42.9 per cent capacity on average overall, so we can accommodate more people for now. However, I’m hoping this won’t be the case,” he said.

Masidi also reminded the public to comply with the standard operating procedure and guidelines in place during this movement control order as compliance rates have been on the decline again.

He also said that the State Disaster Management Committee had been prepared for the flood season and introduced relevant SOPs such as limiting the number of evacuees at each temporary shelter, installing basic screening and isolating evacuees with possible Covid-19 symptoms, among others. 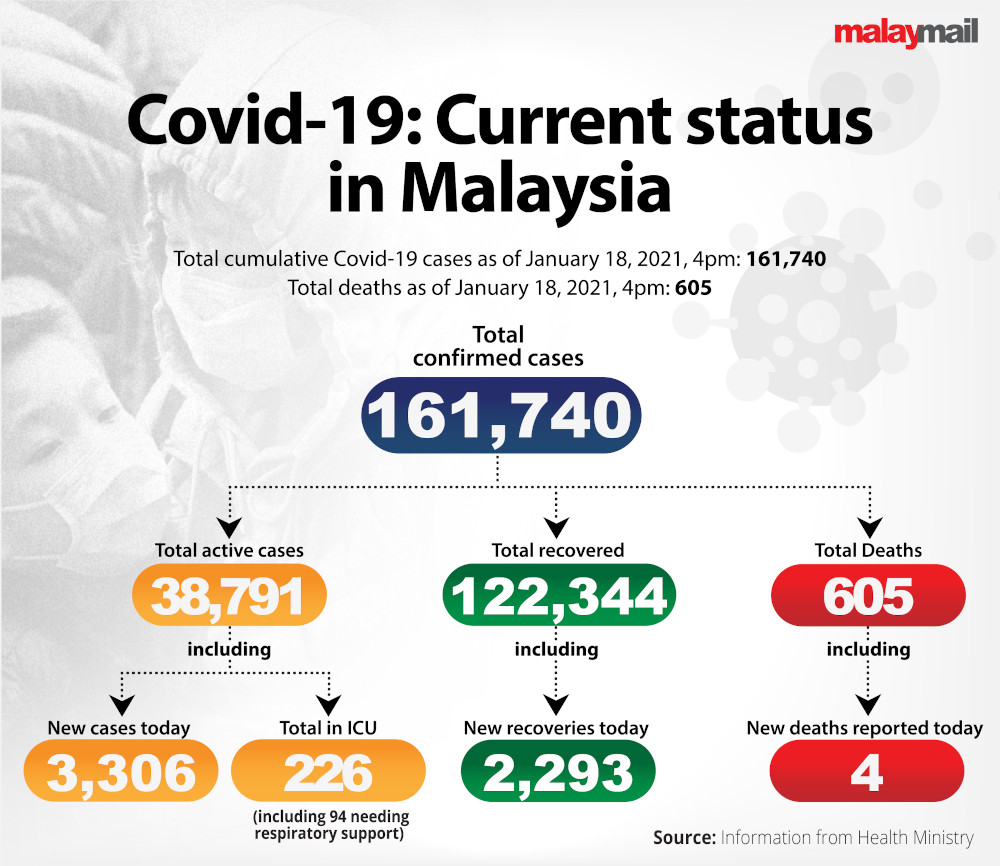