A man watches a live telecast of Prime Minister Tan Sri Muhyiddin Yassin's speech in Kuala Lumpur January 12, 2020. — Picture by Miera Zulyana
Follow us on Instagram, subscribe to our Telegram channel and browser alerts for the latest news you need to know.
By SYED JAYMAL ZAHIID AND DANIAL DZULKIFLY

Growth of South-east Asia’s third largest economy contracted 17 per cent in the second quarter of 2020 as the MCO that spanned from March to May put businesses and trade to a near-total halt.

“Industrial production and retail sales are still below pre-pandemic levels, and additional restrictions would be a hit to consumer and investor sentiment.”

Export growth helped Malaysia recover in the third quarter after the first lockdown, boosted by  strong demand due to the rebound in China’s manufacturing.

But things are different this time around, Cheok said.

China, Malaysia’s largest trade partner in the last few years, has been reporting more Covid-19 cases recently and has ramped up regulations, while governments across Europe have been forced to impose lockdowns again, prompting expectations of a slowing exports and lower oil prices.

The Malaysian economy is highly export-dependent and about a third of government revenue was derived from petroleum products.

Cheok said while Budget 2021 might help cushion the economic blow, it will take time before the measures start showing effect.

Prime Minister Tan Sri Muhyiddin Yassin has yet to state if there will be another stimulus to absorb the impact of this second lockdown.

“Measures under Budget 2021 might help cushion the economic blow, but this will also take a while to kick in,” Cheok said.

Muhyiddin announced a fresh round of movement restrictions for five states and all federal territories in a special address on Monday, saying the move was crucial to prevent the healthcare system from crashing as daily Covid-19 cases continue to surge.

Barely 24 hours later, the Pagoh MP announced a proclamation of Emergency in a surprised move that drew strong reactions from his detractors.

Cheok said proclamation could have prompted some short term market volatility but was unlikely to have a significant impact on the economy overall.

“The declaration will allow Prime Minister Muhyiddin Yassin to hold on to his party’s slim parliamentary majority while they tackle the Covid-19 pandemic, and hold off any political uncertainties that might come with a snap general election,” he said.

“Although the current political situation is not ideal, historically general elections or a change in leadership has not severely affected the economy of the country.”

“It would provide much needed space for the government to resolve critical issues,” he said.

“Political stability is a key factor that investors consider whether to invest or otherwise, and with this declaration, it could help raise investors confidence in the country.”

The enforced Emergency ordinance could last until August 1 although Muhyiddin said an independent committee will be formed to assess and advise the Yang Di-Pertuan Agong if the order can be lifted earlier.

The Parti Pribumi Bersatu Malaysia president, who is facing tremendous pressure from within and outside his government, said businesses will operate as usual under Emergency rule similar to the SOPs provided under the MCO.

But his critics said Emergency rule will give Muhyiddin total executive power to quell political challengers who have been calling for snap polls.

Muhyiddin’s government’s control of Parliament is now in question following Umno’s move to withdraw support for the Perikatan Nasional government. 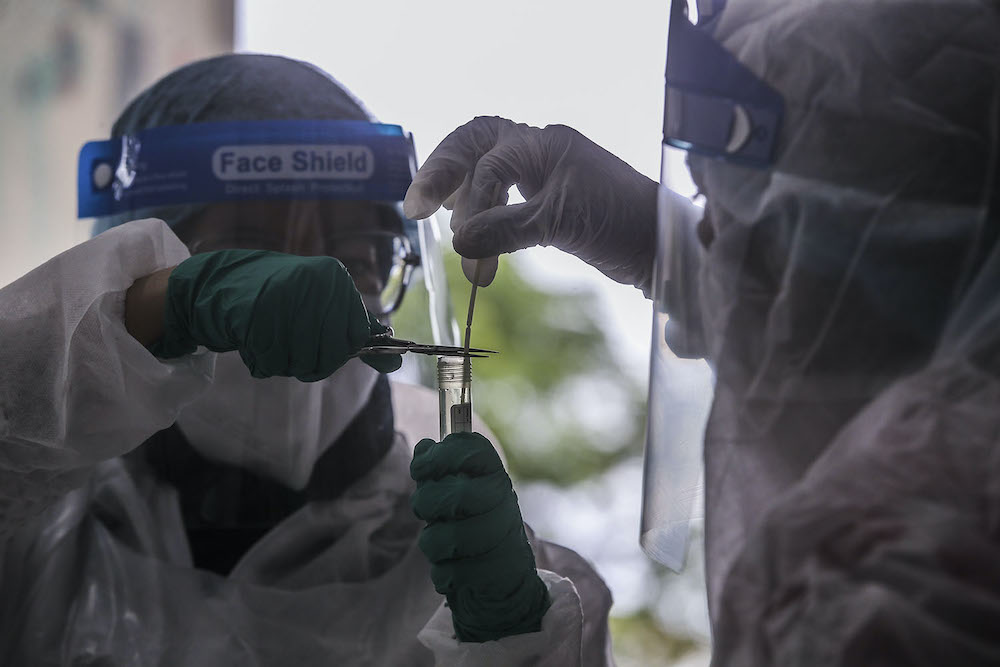 Covid-19 cases have hovered in the four digits in the last three months. — Picture by Hari Anggara

Muhyiddin denied that he had sought the Agong’s assent to declare Emergency to avoid calling facing a general election, and said the decision was based on the need to stem the coronavirus outbreak.

Covid-19 cases have hovered in the four digits in the last three months. The Ministry of Health said active cases are now close to breaching the 30,000 mark.

The country could see up to 8,000 new cases by March if the reproductive value of the virus, known as R nought, reaches 1.2 Health director-general Tan Sri Dr Noor Hisham Abdullah warned last week.

Still, some public health experts and economists believe the adverse effects of a lockdown far outweighs its benefits.

Instead they argued for the government to finetune its Covid-19 containment measures, like tightening health SOPs or conducting mass testing.

“Ask whether the current approach is “a repeat of the same approach but expecting different and better results,” said Samirul Ariff Othman, independent economist, pointing to countries that have succeeded to contain Covid-19 without excessive restrictions.

Fitch Solutions a day ahead of the MCO revised its GDP forecast for Malaysia to 10 from 11.5 per cent previously following the lockdown announcement, which it predicted would last beyond the two weeks announced by the government.

“It is very likely that lockdown measures will last longer than the initial two weeks ― the previous lockdown lasted close to a quarter in Q220, and was implemented after a far milder outbreak than the current third wave,” the Fitch unit said in its outlook

The current MCO will span January 13 to January 26. Only five economic sectors deemed essential are allowed to operate during this period, with only 30 per cent of management staff allowed at the workplace, Muhyddin said yesterday.

The five essential economic sectors are factories and manufacturing, construction, services, trading and distribution, as well as plantations and commodities. 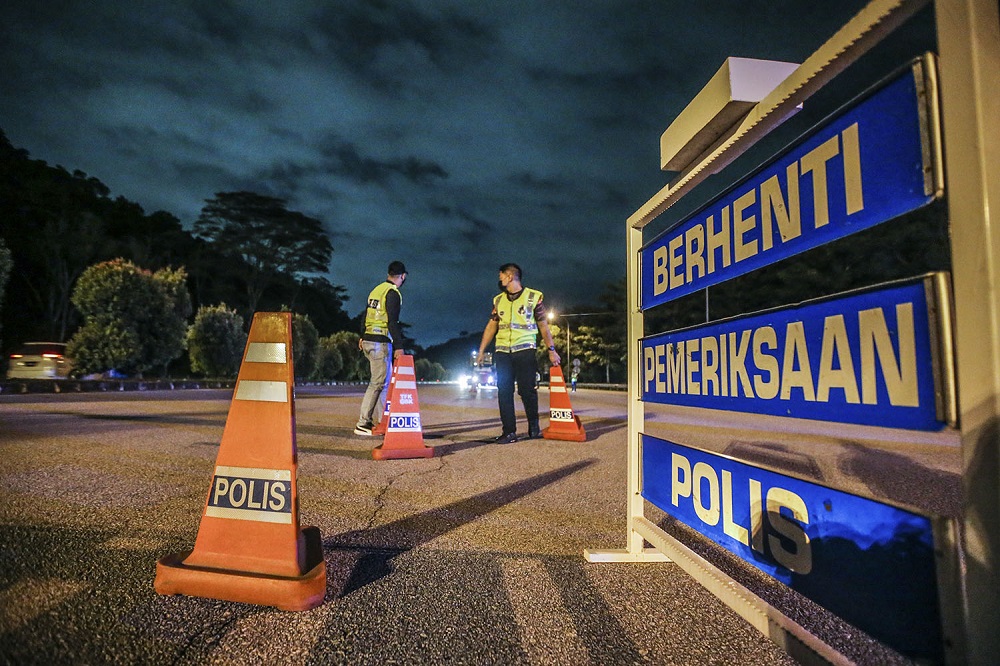 Police officers man a roadblock at the Gombak Toll Plaza, January 12, 2021. The current MCO will span January 13 to January 26. ― Picture by Hari Anggara