The latest daily addition is 68 cases more than the country’s previous record high of 2,525 cases, which was recorded on December 31 last year.

After Selangor, the states with the highest number of new cases were Johor and Sabah.

In a press conference this evening, Dr Noor Hisham said four more deaths were recorded while the total number of infections now stands at 125,438.

“There are 24,347 active cases with 141 patients being treated in intensive care and 67 requiring respiratory assistance,” he said.

On the number of daily cases by state, Dr Noor Hisham said Johor and Sabah recorded 571 and 405 infections.

“The four dead were all Malaysians, aged between 50 and 73, two of whom were from Sabah, while the other two from Selangor and Kuala Lumpur,” he said adding that all four victims had pre-existing medical conditions.

He added that of the new cases today, only four were imported while 2,589 were local infections.

On recoveries, Dr Noor Hisham said that there were 1,129 recoveries, bringing the total number of those discharged to 100,578.

Dr Noor Hisham said there are now 252 active clusters left of the total 561. 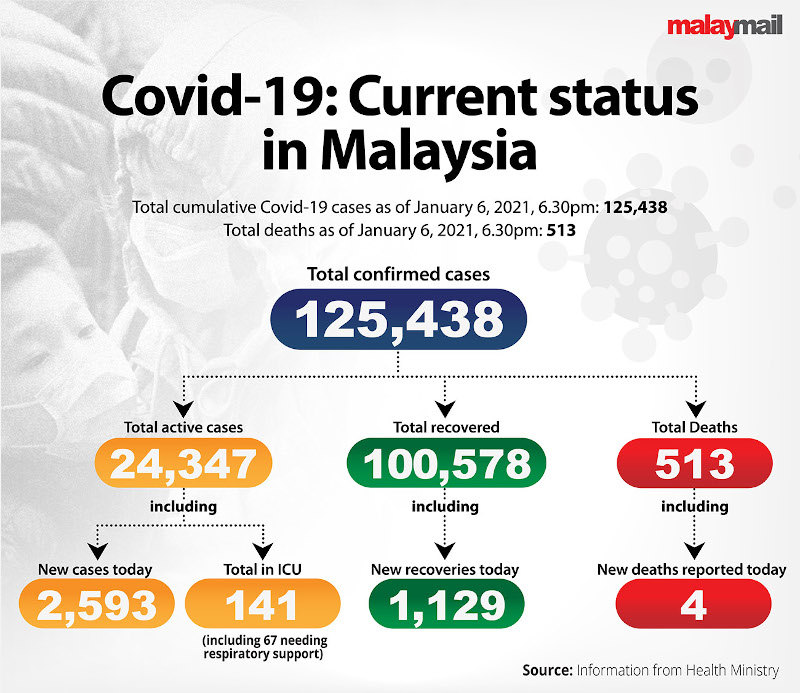