Najib’s support for Anwar: No permanent foes in politics, it's all strategy for survival, say analysts

On Monday, Datuk Seri Najib Razak said he had proposed to Umno's Supreme Council members that they work with the PKR president in the event the party withdraws from the Perikatan Nasional coalition. — Picture by Yusof Mat Isa
Follow us on Instagram, subscribe to our Telegram channel and browser alerts for the latest news you need to know.
By YISWAREE PALANSAMY AND JERRY CHOONG

On Monday, Najib said he had proposed to Umno's Supreme Council members that they work with the PKR president in the event the party withdraws from the Perikatan Nasional (PN) coalition led by Prime Minister Tan Sri Muhyiddin Yassin.

Universiti Kebangsaan Malaysia's Associate Prof Kartini Aboo Talib Khalid said she is not surprised by Najib's overtures to Anwar and PKR, something which she described as “moving and hilarious.”

The political analyst said this seemingly unusual move by Najib is part of the Malay culture, where opponents are not necessarily enemies.

“If we look back at the history of Najib in politics, Anwar was the one responsible in boosting Najib to become Umno Youth chief when he was still a deputy minister under former prime minister Tun Dr Mahathir Mohamad.

“The saying 'budi yang baik dikenang juga' (good deeds are remembered forever) binds Najib and Anwar in a strange way. Thus to me, it is not surprising for Najib to be good with Anwar as long as his strategic plan is working,” Kartini said.

She said another reason behind Najib's move is the need for someone to clear him of the many charges he currently faces in court, mainly money laundering and corruption.

“Still, Umno made it clear that any co-operation with PKR is dependent on the absence of DAP, whose presence as part of the government they will not tolerate.

“Having said that I do not think PKR will proceed in co-operating with Umno, knowing that it has to abandon the 'kingmaker' in most urban or mixed urban seats, which will be a great loss,” Kartini said, referring to DAP.

In the event that PKR does choose to co-operate with Umno, Kartini believes that those Malays who are anti-Anwar would not support the move. This includes the non-Malays.

“In doing so, PKR is sowing the seeds of destruction and creating its own demise,” Kartini added.

He said the Port Dickson MP is a strategist who has made unlikely parties into allies in the past.

He recalled how Anwar who was leading the now-defunct Pakatan Rakyat, got DAP to work alongside Islamist party PAS.

“This is because they have been consistent about not working with Umno. In fact, some leaders questioned why Anwar wants to work with Umno. 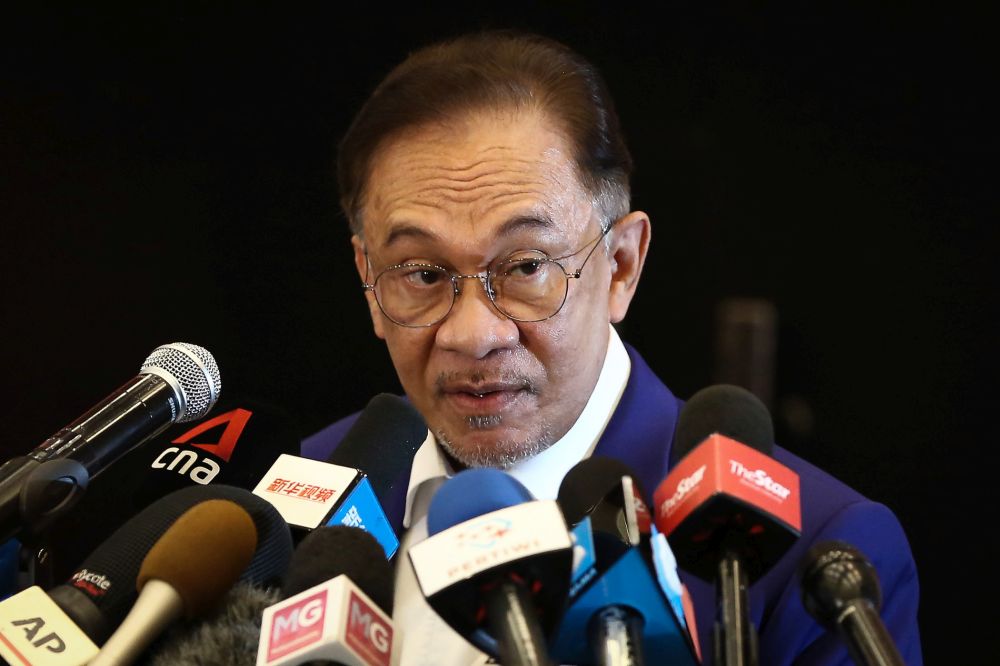 “But Anwar himself is a strategist who managed to bring DAP and PKR to work with PAS and later with Parti Pribumi Bersatu Malaysia. Although Najib knows many will not accept his suggestion which was rejected by Datuk Seri Hishamuddin Hussein and Khairy Jamaluddin earlier, he still brought it to the drawing board,” he said.

Anwar had on September 23 claimed that he had enough support from MPs in the Dewan Rakyat to form a new government, although he did not disclose who these MPs were at the time.

Anwar subsequently had an audience with the Yang di-Pertuan Agong on October 13 to discuss the matter, details of which he has also declined to reveal to the public.

Universiti Putra Malaysia's Prof Jayum A. Jawan also concurred that the move by Najib is a strategy, adding that it is a mere matter of offers and counteroffers between individuals and political parties.

“This is to strike out a coalition, due to the political instability resulting from a lack of an absolute majority or dominance by any single party.

“This possible changing in the coalition will dominate Malaysian politics till the next general election,” he told Malay Mail.

“I see Anwar as someone who is pragmatic, who can adapt to any situation that arises. So when Najib makes this offer, it is something to be deeply considered by Umno's leadership.

“This is especially when they are reviewing whether to still be a part of PN and its attendant benefits as part of the government. However, the long-term survival of Umno is under threat, so long as they remain a part of PN,” he said.

The recent Sabah state election is a good indicator of this, Mazlan said. He explained that it clearly demonstrated that Umno and Bersatu are rivals for the same constituents and segments of the population.

“Umno lost power in Sabah to Bersatu, so it is not altogether impossible that they could end up losing power in the peninsula as well someday. So now, they are considering other alternatives.

“PKR's primary appeal is due to it being a predominantly urban-based party, which is safe since there is no conflict or as little as possible for Umno, whose main base of support is the Malay heartland,” he said.

As for DAP, Mazlan said the party has once claimed it is willing to work with anyone for the sake of the country. In the event of a PKR-Umno co-operation, he believes they will support Anwar in forming the new government but take no part in it themselves.

“In my view, DAP tends to stick to their guns and be firm in their principles, so they will not co-operate with Umno but continue to support PKR.

“This is not the first time DAP has displayed political flexibility. In 1987, at the height of the spat between Dr Mahathir and Tan Sri Tengku Razaleigh Hamzah, DAP gave some measure of support to Razaleigh's Parti Melayu Semangat 46,” he said.

Similarly, Mazlan does not believe that Anwar will simply abandon DAP, and vice-versa, due to old ties.

“Admittedly, if PKR chooses to co-operate with Umno, there will be a backlash. But it is likely that should Anwar become prime minister, he will implement reforms which over time will bring more support than what was lost, in addition to further support from other parties,” he said.