Health director-general Tan Sri Dr Noor Hisham Abdullah said that 97 cases were local transmissions and the remaining four were people who were infected while abroad.

The total number of active cases is now 1,062 with another 50 individuals allowed to return home after recovering from the virus.

“There are 13 individuals in the internal care unit with five of them in need of ventilators,” said Dr Noor Hisham during his briefing today.

“The four imported cases involve one Malaysian and three foreigners, two of whom are from Myanmar and one from Nigeria. The local man was returning from Saudi Arabia.

“Of the 93 local infections, four were foreigners, 17 had a history of traveling to Sabah.”

Sabah has the highest number of cases at 73, Selangor (14), Johor (2), Kuala Lumpur, Perak, Kedah, Kelantan, Penang, Putrajaya and Perlis had one case each.

There were also four new clusters reported today in Sabah, Selangor and Johor.

Dr Noor Hisham however said the infection is still under control in the country as the infectivity rate or R-naught (R0) is at 1.39.

With no deaths today, the death toll stays at 134. 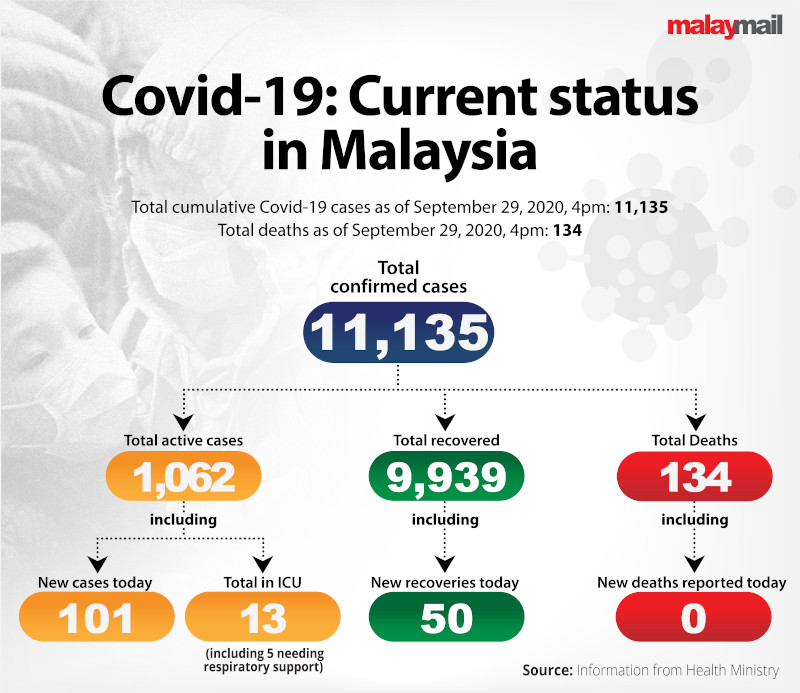