Of the new cases, Health director-general Tan Sri Dr Noor Hisham Abdullah said five were imported and involved Malaysian returnees from New Zealand (two in Selangor), India (one in Sabah), Pakistan (one in Sabah) and China (one in Sabah).

“The other 16 cases are local transmissions, where 15 are of Malaysian citizens while one is a foreign national respectively located in Sabah (five), Kedah (seven), Penang (two), Selangor (one) and Sarawak (one),” said Dr Noor Hisham in the Health Ministry’s Covid-19 update today.

A detailed breakdown of the new cases showed that two cases were from the Benteng Lahad Datu cluster, one from the new Selamat cluster in Semporna, one from Tawau Hospital and one from a ship sign-off screening in Sipitang Harbour. All these cases are located in Sabah.

Meanwhile, another six came from the Sungai cluster in Kedah, one from the administrative enhanced movement control order in Kota Setar, also in Kedah, two from close contact screening involving a family who share a residence in Penang, one from a Sungai Buloh Hospital symptomatic screening and one from Sarawak’s international border.

Active case detection is ongoing for all active clusters, he said.

Dr Noor Hisham added that there were no new deaths reported today, and therefore, the death toll remains unchanged at 128. 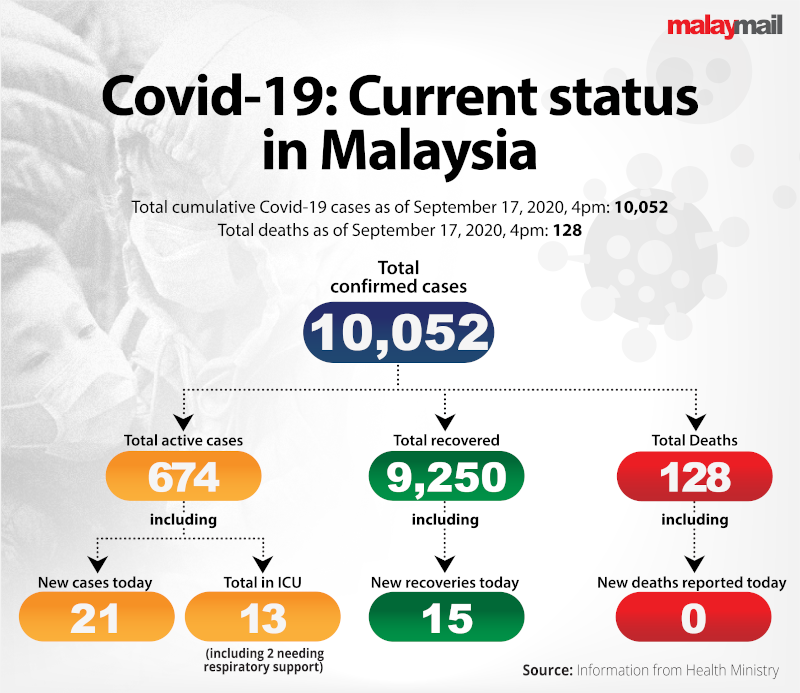