A health worker looks at a sample collected from a motorist at a drive-through testing site for Covid-19 at MSU Medical Centre in Shah Alam April 10, 2020. — Picture by Yusof Mat Isa
Follow us on Instagram, subscribe to our Telegram channel and browser alerts for the latest news you need to know.
By JULIA CHAN

KUALA LUMPUR, May 20 — A pregnant woman who was tested positive for Covid-19 in Kelantan, had travelled from Ampang with the intention of giving birth in her hometown, the Ministry of Health said today.

Health Director-General Datuk Dr Noor Hisham Abdullah said that she had travelled from Ampang, a red zone, to Kelantan, which had been a green zone for over a month.

“She was 35 weeks pregnant and wanted to go back to her kampung to give birth but when she went to the clinic to get screened, she was found to be positive with Covid-19,” he said when asked to confirm the case during his daily press conference here today.

He told reporters that she was currently being treated in isolation while active contact tracing is ongoing to detect her close contacts.

“We are running acute case detection to look for her close contacts and also see whether she had contracted the infection in the red zone. We are still investigating and we can update the case when we have results,” he said.

Dr Noor Hisham said that those with permission to travel interstate are not required to go for a health screening if they do not have any of the symptoms of Covid-19. He however said it is discouraged to travel between zones or districts with different rate of infections.

In the recent case of the Kelantan woman, she had returned home to Kuala Krai on May 7 after the government lifted the restrictions on interstate travel.

Meanwhile, he said health authorities detected a new case among students during the screening process before they were allowed to return home to Sabah and Sarawak.

“More than 271 students were screened and we detected one positive case. We have isolated the student and found nine close contacts.

“We are still investigating how they got infected because Kedah is a green zone. Maybe it was due to close proximity with friends, but let us investigate before we make any announcement,” he said.

The government had recently decided to allow students who were held up in their local university campuses to return home systematically.

This however also involved the transporting of thousands of students by air to Sabah and Sarawak. 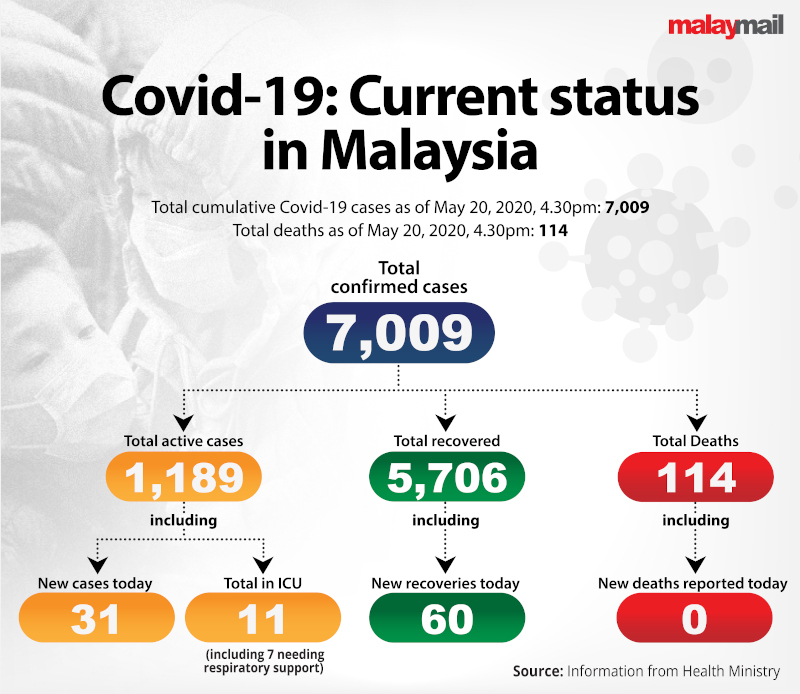