Ministry: Students, including foreigners, must stay put, banned from travelling home even if tickets purchased

KUALA LUMPUR, March 18 — The Higher Education Ministry (KPT) has now ordered all university students from private and local institutions to stay put where they are.

They are also banned from travelling to their hometowns, even if they have purchased their tickets, it added.

The order, after the initial one by the National Security Council (NSC) permitting students to travel back home, also applies to students in polytechnics and colleges.

In its Frequently Asked Questions (FAQs) list released today, the ministry said that higher learning institutions hold the responsibility of caring for the welfare of their students who are residing in campus hostels.

“Students of public and private institutions, including international students, who are still on campus (residential college, rented homes or other private accommodation) must remain put on the premises, even if the students have purchased their transportation tickets to return to their hometowns.

“Students are not allowed to return to their respective hometowns or home countries during the period where the movement control order is in force,” the statement read.

KPT said that the students must also report themselves to the management of their institutions, and must abide by the order.

Just yesterday, the NSC said that students should return to their hometowns during the movement control order period which began today, and will last until the end of this month.

NSC said all students in private and public higher education institutions (IPT) in the country should go back to their respective hometowns while foreign students are “encouraged” to return to their countries during this movement control order period.

On Monday night, Prime Minister Tan Sri Muhyiddin announced a government order effective from today that would require Malaysians to stop all public gatherings and shut down any non-essential businesses and stores, with only places selling daily necessities and essential services such as transportation, food supply, health, pharmacies, banking and utilities allowed to continue operations.

NSC also said all Malaysians, including students who are currently studying and working abroad, are allowed to return to the country during the period but will be asked to self-quarantine for 14 days.

* A previous version of this story contained errors which have since been corrected. 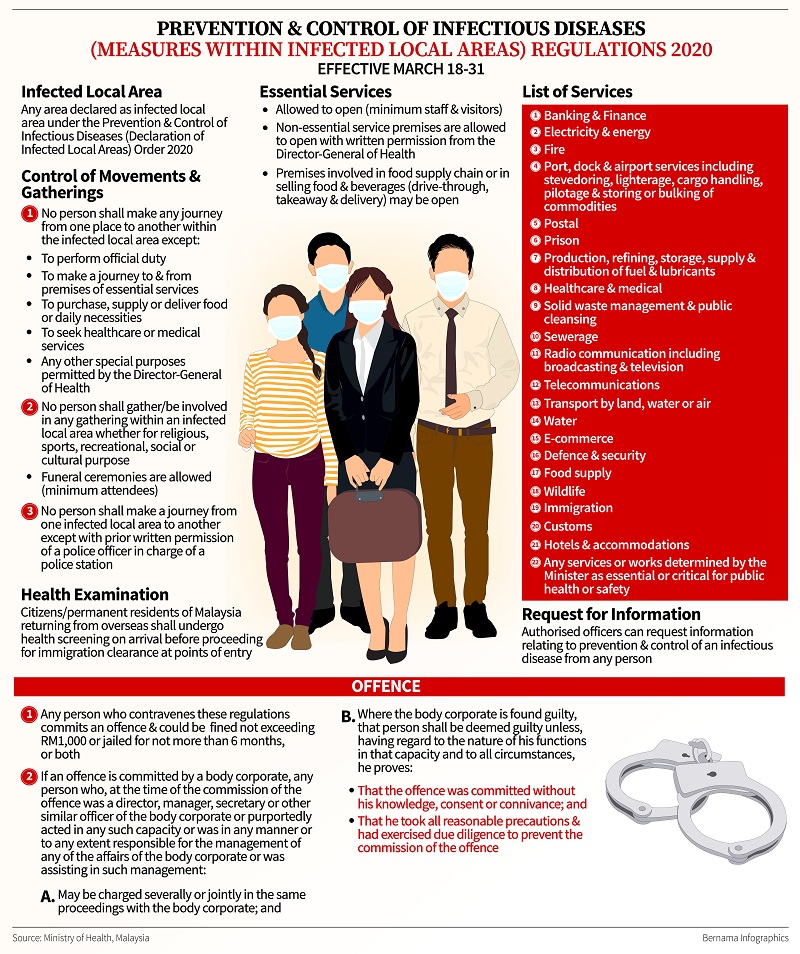