KUALA LUMPUR,  Feb 3 — A special aircraft sent by the Malaysian government on a mission to bring back its 141 citizens, their spouses and children from Wuhan, which has been locked down by the Chinese authorities due to the 2019 novel coronavirus outbreak, left for China this afternoon.

“The aircraft also carried 500,000 pairs of gloves as contribution to the Chinese government in its operations to fight the 2019-nCoV outbreak in the republic,” she said in a statement today.

Dr Wan Azizah, who is also Central Disaster Managament Committee chairman, said all the 141 Malaysian citizens, their spouses and children would be required to go through health screening at the Wuhan Tianhe International Airport before being allowed to board the plane back to Malaysia.

However, how long the health screening will take, as well as the immigration process and time of departure from Wuhan cannot be determined yet, she added.

Dr Wan Azizah said on arrival in Malaysia, all the 167 people onboard (comprising 141 Malaysian citizens, their spouses and children, 12 crew, eight members of the mission and six officers from the Malaysian Embassy in Beijing) would go through another health screening at the Air Disaster Unit (ADU) of the Kuala Lumpur International Airport (KLIA).

“Those detected with the symptoms will immediately be sent to hospital, while others will be taken by bus to a monitoring centre, where they will undergo observation for 14 days,” she said, adding that the National Disaster Management Agency (Nadma) will inform their families in Malaysia on the flight details, the health screening and the quarantine period. — Bernama\ 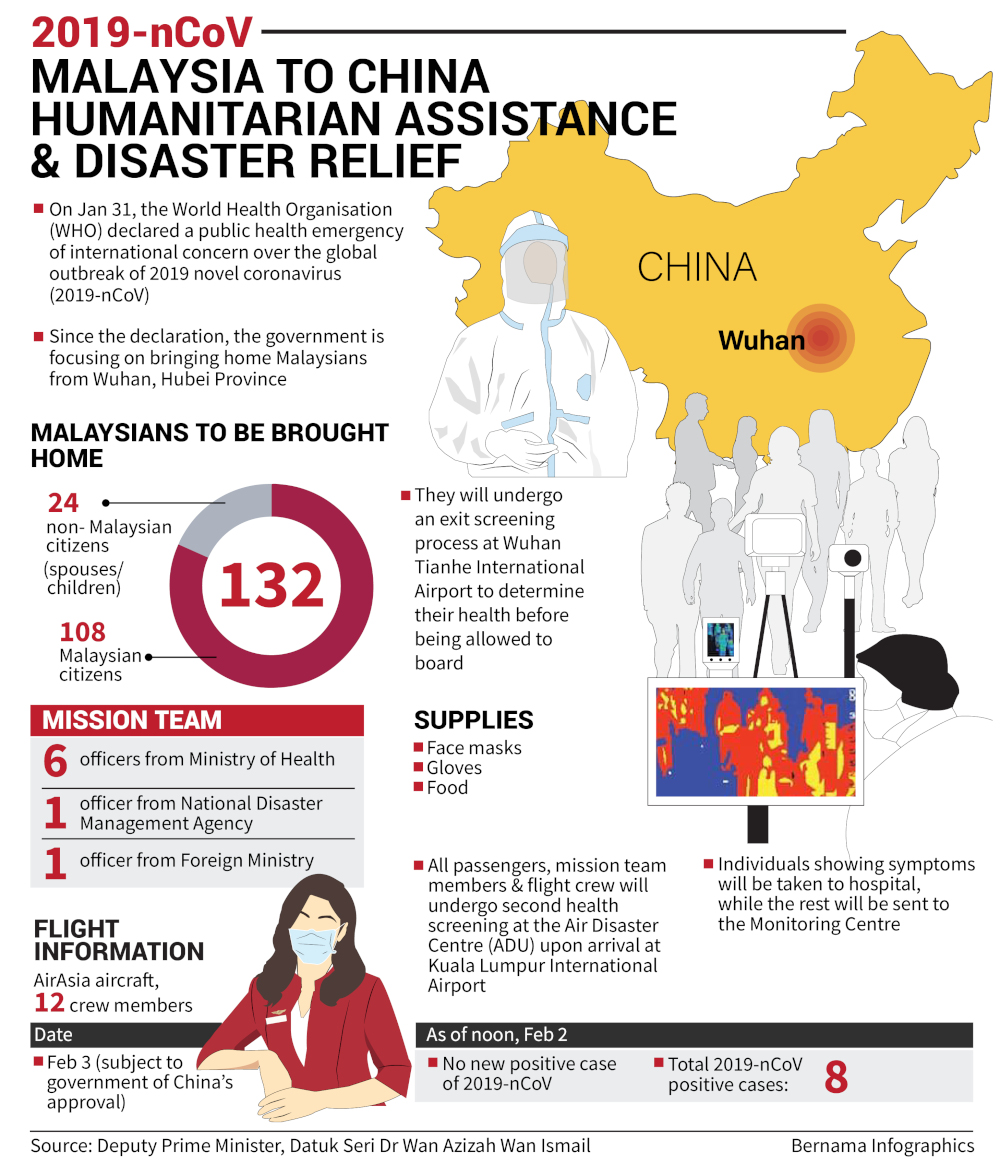