Malaysian Anti-Corruption Commission (MACC) chief commissioner Latheefa Koya speaks during a press conference at MACC headquarters in Putrajaya January 8, 2020. — Picture by Miera Zulyana
Follow us on Instagram, subscribe to our Telegram channel and browser alerts for the latest news you need to know.

At a special press conference at the MACC headquarters here, MACC chief Latheefa Koya said the recordings were from conversations between January 5, 2016 and July 29 that same year, around the period when the US Justice Department announced its anti-kleptocracy investigation into 1MDB.

Latheefa declined to explain how the MACC obtained the recordings but said her team of forensics experts verified that they were real.

“We have been given the recordings... pursuant to investigations, we can confirm their absolute authenticity.

“The contents are shocking; it’s a cover-up and subversion of justice... In the public interest, we’re making public the contents,” she said of the nine sets of audio clips of about 45-minute duration. 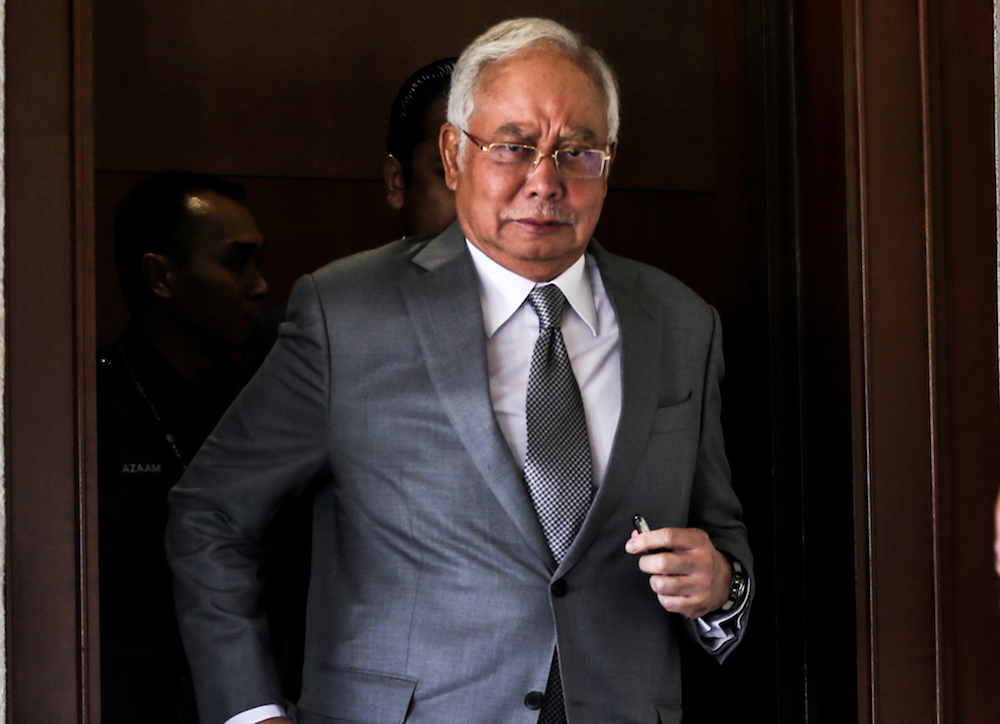 In one of the recordings, Rosmah was heard directing her husband Najib on how to take charge and manage the 1MDB scandal that erupted in 2016.

Another audio clip showed how Najib had called Sheikh Mohamed Zayed Al-Nahyan and pleaded for help with money laundering accusations faced by his Hollywood filmmaker stepson Riza Aziz at the height of the 1MDB financial scandal.

Both Najib and Rosmah had since responded to the allegations, Rosmah said her legal team will look into the revelation of audio recordings.

“My lawyers will take care of it. They will look into it,” she told reporters on the sidelines of her Sarawak solar project case management at the Kuala Lumpur High Court.

Meanwhile, Najib went on to suggest that the timing of the release was connected to the January 18 Kimanis by-election in Sabah.

“I am shocked by this revelation. And I am studying their (recording) contents and I have referred this to my lawyer.

“This has never been done in our country’s history and the timing is so close to the Kimanis by-election,” he told reporters after his SRC International Sdn Bhd corruption trial also at the High Court here.