Indonesian firefighters battle a blaze at a peatland forest in Ogan Ilir, South Sumatra September 20, 2019. — AFP pic
Follow us on Instagram, subscribe to our Telegram channel and browser alerts for the latest news you need to know.

KUALA LUMPUR, Sept 22 — In its second piece criticising Indonesia’s handling of the open fires leading to transboundary haze in the region, The Jakarta Post pressed its country’s government to accept offers of aid extended by neighbouring nations.

It criticised the attitude of the republic’s administrators who appeared to have “given up” on finding a solution to the annual crisis and was passing the buck to others.

It said anyone affected by the haze was entitled to question the republic’s commitment to dealing with the problem and this included those in Kalimantan, Malaysia and Singapore.

“Optimism that we can contain the fires ourselves does not help while children suffer even more from the effect of toxic pollutants compared with adults.

“Rushing the children to the nearest health facilities involves slow, careful navigation when parents cannot even see anything 10 meters ahead. We need all the help we can get. Now.

“Residents affected by the haze in Indonesia and neighbouring countries have every right to question Indonesia’s commitment not only to compliance with a regional treaty on haze, but also to the wellbeing of its own citizens and that of its neighbours,” the Indonesian outlet wrote in an editorial piece.

The Jakarta Post also questioned Indonesia’s commitment to the 2002 Asean Agreement on Transboundary Haze Pollution that contained the framework to address the problem. 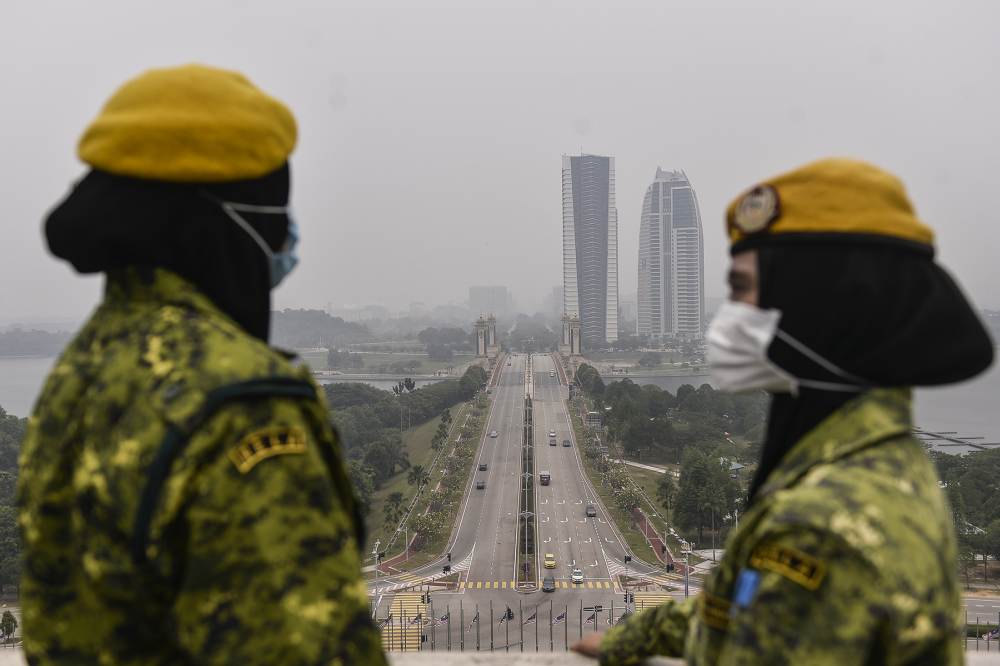 A Rela officer wears a mask in Putrajaya September 19, 2019. — Picture by Miera Zulyana

It repeated that aid was available to Indonesia to help put out the fires but only if the country was willing to accept it, based on the agreement.

“Only when this consent is secured can governments collaborate through Asean’s Coordinating Centre for Transboundary Haze Pollution Control,” it pointed out.

On September 13,The Jakarta Post published an editorial piece telling the Indonesian government that it was “practically impossible” to combat the over 5,000 hotspots in the country without bilateral efforts.

It also questioned the extent of Indonesia’s efforts to combat what has become the annual transboundary haze phenomenon, noting that open burning has worsened over the years.

Indonesia has repeatedly rejected assistance offered by Putrajaya and Singapore that are both anxious to aid Indonesia in controlling the fires that have engulfed the three countries in a noxious haze.

Last week, the US’ National Aeronautics and Space Administration (Nasa) released satellite imagery of heavy smoke billowing from fires raging in Indonesia’s Kalimantan, with scientist Robert Field concluding that the crisis was reaching proportions not seen since 2015.