Lawyer Surendra Ananth speaks to reporters at the Kuala Lumpur Courts Complex August 27, 2019. — Picture by Firdaus Latif
Follow us on Instagram, subscribe to our Telegram channel and browser alerts for the latest news you need to know.
By IDA LIM

KUALA LUMPUR, Aug 27 — The High Court rejected today Sisters in Islam’s (SIS) legal challenge against a 2014 Selangor fatwa or religious edict that declared it as deviant.

Judge Datuk Nordin Hassan said the civil courts have no jurisdiction to hear the challenge against the fatwa, declaring that the matter should instead be pursued via the Shariah courts.

Nordin ruled that Selangor authorities had complied with the procedures in issuing the 2014 fatwa, also ruling that the fatwa was within constitutional limits.

“In the present case, I find the said fatwa made pursuant to Section 47 of the Selangor enactment 2003 is within limits set by the Federal Constitution, in particular Article 74 and Article 11(4),” the High Court judge said.

He was referring to constitutional provisions that include the outlining of matters that state governments have the power to make laws on.

Nordin then referred to the Federal Constitution’s Article 121(1A), which he said grants exclusive jurisdiction to the Shariah courts in matters of Islamic law.

“This court does not have jurisdiction to hear the present judicial review application pursuant to Article 121(1A) of the Federal Constitution,” he said, adding that SIS’ challenge is dismissed on this issue alone.

He said the SIS case can be distinguished from the Federal Court’s decision in M. Indira Gandhi’s case, as Indira’s case related to Muslim converts and is not regarding hukum syarak (Islamic law).

Among other things, the Federal Court had, in Indira’s case, ruled that Article 121(1A) does not grant exclusive jurisdiction to the Shariah courts in all matters of Islamic law, including judicial review matters.

The judge had also highlighted Section 66A of the Administration of the Religion of Islam (State of Selangor) Enactment 2003, which relates to the Selangor Shariah court’s jurisdiction to grant leave and hear judicial review applications.

The judge said there is no legal timeframe on when judicial review applications can be filed in Shariah courts, as compared to the civil courts where judicial review bids have to be filed three months from when the decision challenged is communicated.

“In these circumstances, it is still available for applicants to seek remedy,” he said.

While saying that the challenge by SIS was dismissed on the point of the civil courts’ lack of jurisdiction alone, the judge went on to list his decision on other points of law that were raised during the High Court hearing.

Nordin said that the 2014 Selangor fatwa did breach federal laws, referring to the Printing Presses and Publications Act 1984 and the Communications and Multimedia Act.

He ruled that the fatwa also does not infringe the Federal Constitution, particularly Article 10(1) which guarantees the right to freedom of speech.

“There is no requirement under the law for the fatwa committee or any authority to inform the applicants before issuing the said fatwa,” the judge said, adding that he found that all procedural requirements were complied with and that there was no breach of natural justice.

Referring to a previous Court of Appeal ruling in another case, Nordin also said the international treaty of the Convention on the Elimination of Discrimination Against Women has no force of law in Malaysia as it has not been enacted into local laws.

SIS’ lawyers had previously argued that the fatwa cannot be applied on the company, as the company does not fall within the category of “persons professing the religion of Islam” and that the state governments’ powers to make religious laws do not extend to companies.

But Nordin today said that SIS “should not be immune” from having the Selangor fatwa applied on it, although it is a company — which is usually considered a separate legal entity from its directors.

“Now in this regard, justice warrants the lifting of the corporate veil of the first applicant,” he said, referring to SIS

“Although a company is an artificial legal person, the directing minds of Sisters in Islam are Muslims and their activities and stance relates to Shariah codes and laws of which the fatwa is applicable,” he said.

The judge also said the SIS case was different from a previous court ruling on a company which had non-Muslims as its majority shareholders and revolved around the company’s properties, noting that SIS was allegedly propagating stances which the Selangor fatwa committee views as being against Islamic teachings.

As for Datuk Zaid Ibrahim, the judge said he has locus standi or legal standing to challenge the 2014 fatwa as Zaid “upholds philosophy which does not ignore the rights of women and supported the activities by SIS” and viewed SIS’ activities as being in line with the Federal Constitution.

“Based on the foresaid reasons and having considered other relevant views raised by parties, I find the decision for the issuance of fatwa issued on July 17, 2014 and gazetted July 31, 2014 is not tainted with any illegality, irrationality or procedural impropriety or disproportionality,” the judge said, dismissing the SIS challenge with costs of RM10,000. 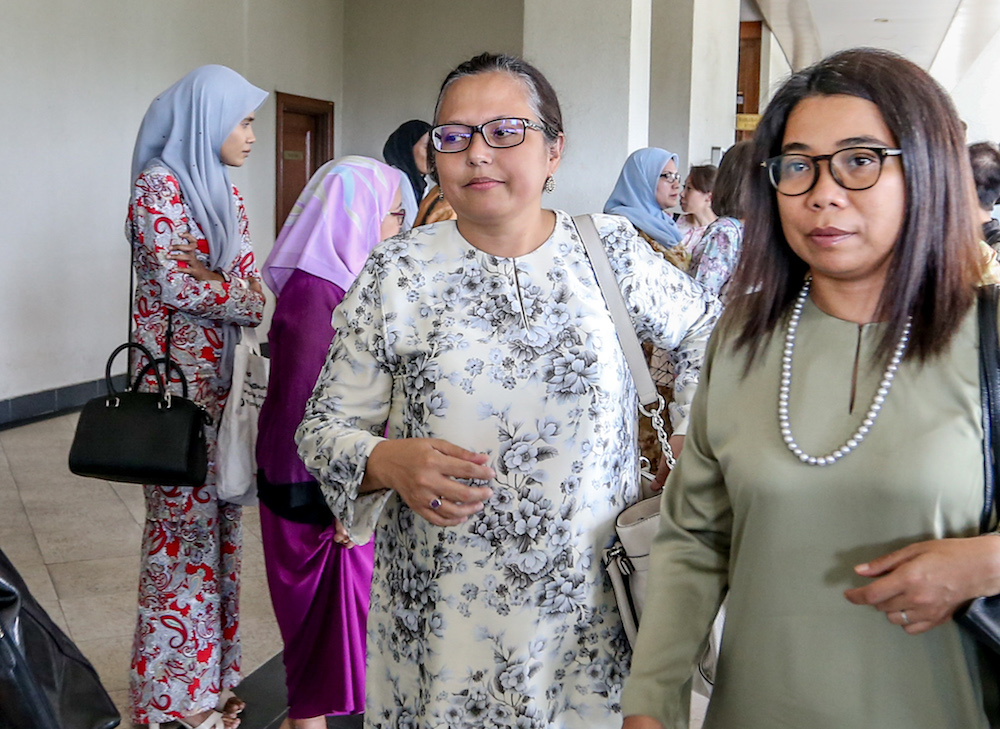 When asked whether SIS would appeal today’s decision or pursue the challenge in the Shariah courts, SIS executive director Rozana Isa said the matter would be discussed with its lawyers.

On October 31, 2014, SIS filed for a judicial review of a gazetted fatwa in Selangor that declared the group as “deviants” in Islam due to its alleged religious liberalism and pluralism.

The fatwa gazetted on July 31, 2014 also deemed any publications with elements of liberalism and religious pluralism as haram, or forbidden to Muslims, and can be seized by religious authorities.

It further sought for local Internet regulator the Malaysian Communications and Multimedia Commission (MCMC) to monitor and block social media websites with content that was against Islam.