Lawyer Arham Rahimy Hariri speaks to reporters at the Court of Appeal in Putrajaya June 25, 2019. — Picture by Miera Zulyana
Follow us on Instagram, subscribe to our Telegram channel and browser alerts for the latest news you need to know.
By EMMANUEL SANTA MARIA CHIN

PUTRAJAYA, June 25 — The hearing of a mother’s appeal against the High Court’s decision to quash the unilateral conversion of her two children, was postponed after a judge had to recuse herself from the three-man panel at the Court of Appeal here today.

The matter involved Justice Datuk Mary Lim Thiam Suan, who had agreed to recuse herself from the appeal hearing, after objections were raised by both parties.

Objections were raised over the fact that Lim was part of previous custodial and committal judgements involving the same couple, at the Appellate and Federal Courts.

The matter was discussed and resolved in chambers along with the two other judges on the panel, Justices Datuk Ahmadi Asnawi and Datuk Abdul Karim Abdul Jalil.

Today’s proceedings were supposed to hear the submissions of the appellants, in this case the mother and the Federal Territory (FT) Registrar or Muslim Converts, and lawyers representing children’s father. 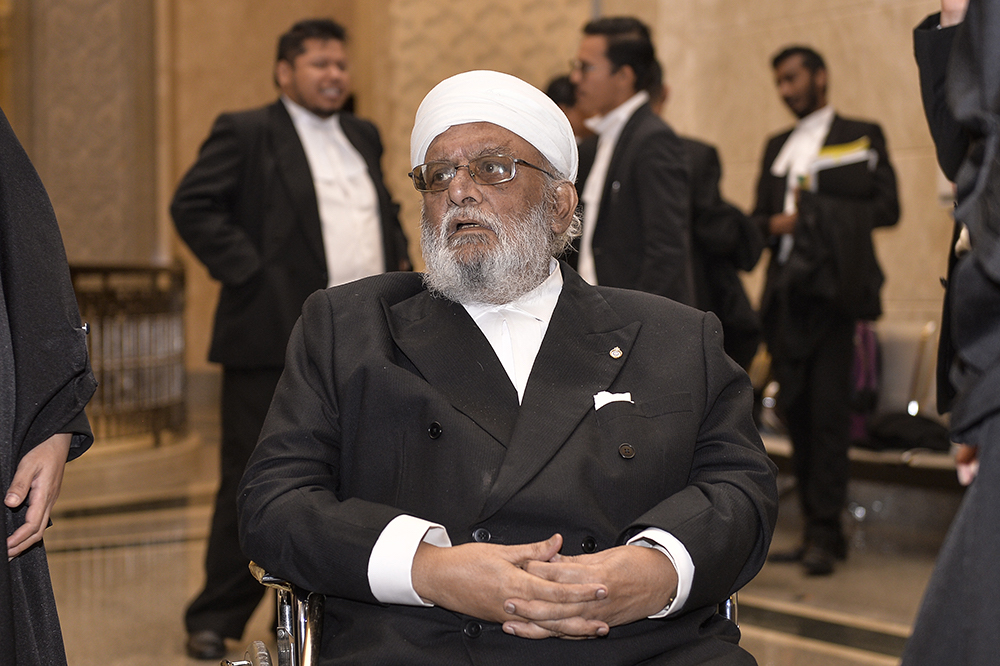 Lawyer Datuk Sulaiman Abdullah speaks to reporters at the Court of Appeal in Putrajaya June 25, 2019. — Picture by Miera Zulyana

Datuk Sulaiman Abdullah was the lead counsel for the FT registrar of Muslim Converts together with Nizam Bashir and Zulkifli Che Yong, with Arham Rahimi Hariri representing the converted mother.

K. Shanmuga was the lead counsel representing the father together with lawyer Honey Tan.

Speaking to reporters outside court, Arham said that both parties now could only wait for the court registrar to set a new date for proceedings, adding there were also technical objections raised today by the father’s lawyer concerning the parties involved in the case.

“The technical objections relate to the non-inclusion of the attorney general (AG) in the matter, because at the High Court there were three parties represented by the AG.

“However, when we filed an appeal the AG did not file an appeal, so the respondent’s (the father) argument is that we should make the AG or the government as part of the case,” said Arham. Lawyer K. Shanmuga speaks to reporters at the Court of Appeal in Putrajaya June 25, 2019. — Picture by Miera Zulyana

He added these technical objections would have to be ironed out and resolved at the next court date by all parties before the hearing for the appeal can begin.

“The registry will fix for new dates for the motions on the technical objections; so only after that we will get directions on the appeal proper,” said Arham.

In October last year, the Kuala Lumpur High Court quashed the unilateral conversion to Islam of the two children, who were born to a woman who later embraced Islam and her Buddhist ex-husband.

High Court Judge Datuk Azizah Nawawi, in giving her judgement, had said she was bound by the landmark ruling of a similar situation in the M. Indira Gandhi case.

Judge Azizah had through her judgement granted two court orders sought by the non-Muslim father, among them the immediate quashing of the two children’s “Kad Akuan Agama Islam”, or certificates of conversion. 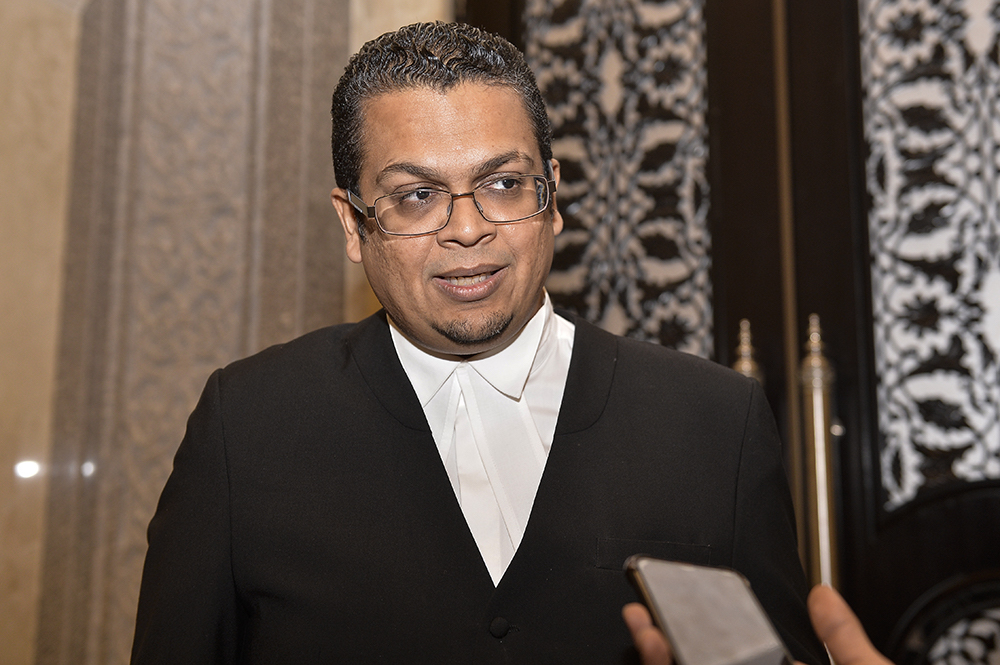 Lawyer Nizam Bashir speaks to reporters at the Court of Appeal in Putrajaya June 25, 2019. — Picture by Miera Zulyana

The second court order granted had compelled the Federal Territories Islamic Religious Department (Jawi) director-general, and the FT Registrar of Muslim Converts to immediately cancel the children’s registration as Muslim converts in their records or Muslim converts’ register.

The two children, then aged eight and three, were converted to Islam on May 11, 2016 without the father’s knowledge and consent, the same day that he had filed a fresh application for divorce at the Shah Alam High Court.

The names of the family, including the father and mother aged 47 and 43 respectively, cannot be disclosed due to a court order.

Sarawak Muda wants ceiling prices for chicken, eggs in state to be reviewed

Sarawak Muda wants ceiling prices for chicken, eggs in state to be reviewed