The Papan Memorial House where Sybil Kathigasu and her husband aided the resistance during the Japanese Occupation. — Picture by Farhan Najib
Follow us on Instagram, subscribe to our Telegram channel and browser alerts for the latest news you need to know.
By By John Bunyan

IPOH, July 14 — Papan is known as one of the smallest and oldest towns in Malaysia.

But tucked away in this sleepy hollow, about 16km from Ipoh, is the rich history of resistance fighter and nurse, Sybil Kathigasu.

She was famously known for helping the resistance during the Japanese Occupation of Malaya.

For her good work, Kathigasu was arrested by the Japanese in 1943 and tortured by the “Kempetai” or the Japanese military police corps.

Her double-storey shophouse on No. 74 Main Street stands alone next to SJK(C) Papan and has been turned into a memorial house.

It was from this building that Kathigasu, a Eurasian of Irish-Indian parentage, with her husband Dr Abdon Clement Kathigasu, set up a dispensary during World War II and aided the resistance.

They had two daughters, Olga and Dawn, and an adopted son named William. 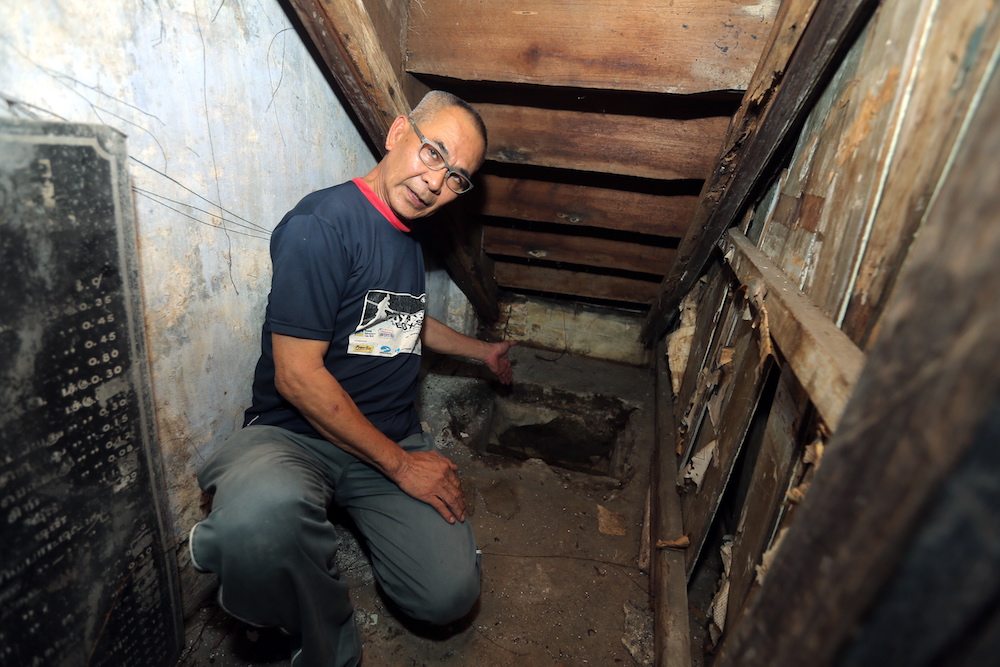 Law points to the hole where a shortwave radio was hidden by Sybil Kathigasu during the Japanese Occupation. — Picture by Farhan Najib

And while the rest of Papan is slowly fading away, Perak Heritage Society president Law Siak Hong is trying his best to preserve her house.

He has, in fact, spent most of his life doing so.

Law said it was not an ordinary clinic as it saved the lives of many in the Malayan People Anti-Japanese Army and Force 136 operatives, who were hiding in the hills of Papan.

“Sybil and her husband secretly provided medicine and medical services to the guerrillas,” he told Malay Mail.

“She also kept a shortwave radio in her house to listen in on BBC broadcasts, despite being banned by the Japanese.”

During her two-year imprisonment, Kathigasu was brutally tortured. Despite that, she refused to disclose any information regarding the resistance.

Kathigasu died from the wounds she suffered as a prisoner of war.

She was the only Malayan woman to be awarded the George Medal, the second highest British award for civilian courage. 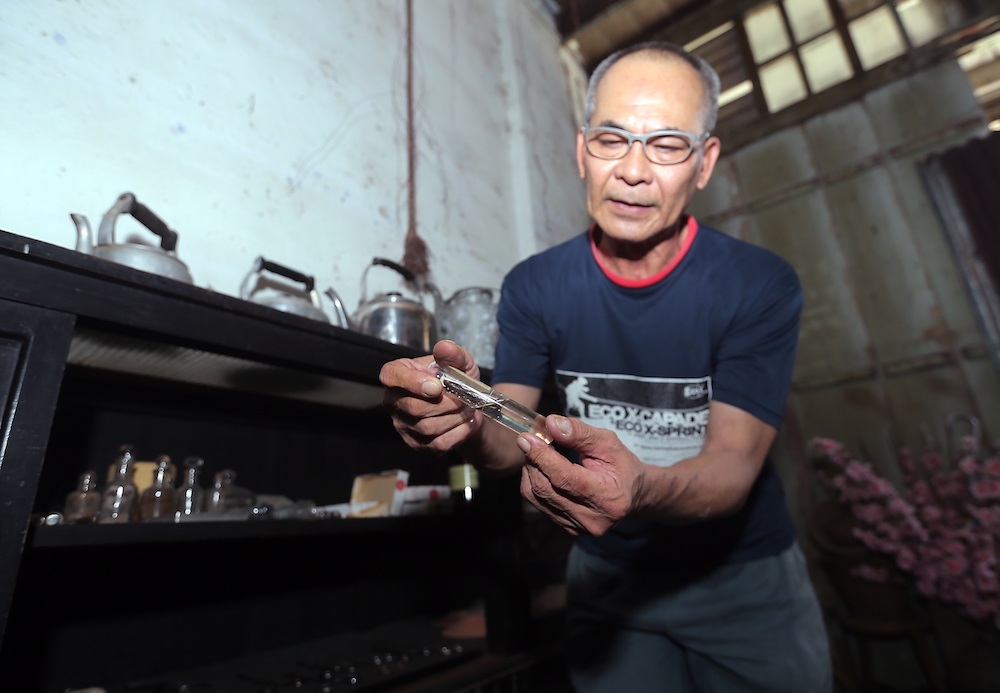 Law shows some of the medical items that are similar to the ones used by Sybil Kathigasu during the Japanese Occupation to treat resistance fighters. — Picture by Farhan Najib

Law, who rented the building, said he did not carry out a lot of renovation work as he wanted to preserve the building’s original appearance.

He added that the items displayed in the house were donated by doctors and acquaintances.

“Some of the items, especially the medical equipment, were not owned by Sybil, but similar to the ones she used then.

“Most of the items were taken by her family when they moved out after the war ended.”

Among the items that belonged to Kathigasu that are on display are an old medical bed and some household items.

Law, who does not receive any help from the state government, said he hoped to receive assistance in order to preserve a piece of Malaysian history.

He also hopes to rope in women in Papan to help run the memorial house.

Those interested in visiting the house can call Law at 017-506 1875. Admission is by donation.