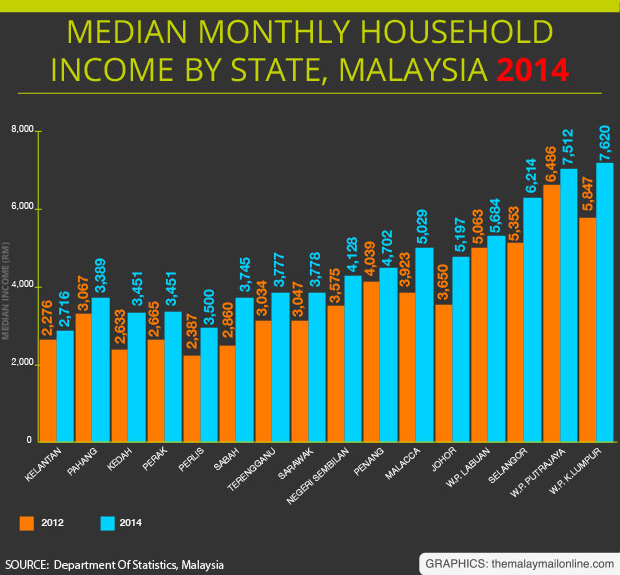 Nine states recorded median monthly income of lower than the national figure, including Kelantan with RM2,716 and Pahang at RM3,389.

Perlis registered the highest annual growth rate for median monthly household income at 19.1 per cent from 2012 to 2014.

“Poverty incidence in urban and rural area in 2014 also decreased to 0.3 per cent and 1.6 per cent respectively as compared to 2012,” according to the report.

It also noted that the Gini coefficient declined by 3 percentage points from 0.431 in 2012 to 0.401 in 2014, indicating the improvement in the Malaysian household income distribution.

The Gini coefficient is a statistic used to represent income inequality or lack thereof, with a coefficient of zero representing perfect equality while a score of one was maximum inequality.

“The same pattern can also be seen in urban and rural strata,” it said. 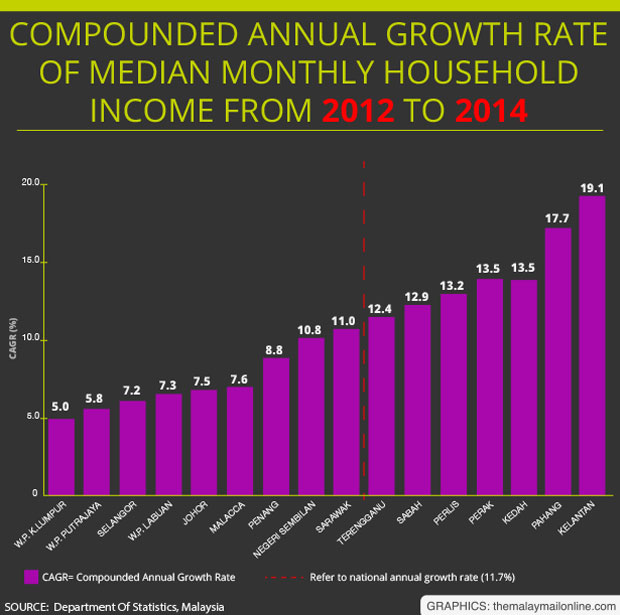