KUALA LUMPUR, May 21 — Putrajaya’s RM260 billion allocation for the 11th Malaysia Plan is “grossly inadequate” as funds are increasingly dedicated to the running of the federal government instead of developing the country, DAP MP Liew Chin Tong has said.

Following the 11th Malaysia Plan’s release today, Liew claimed that the figure set aside for the country’s development in the next five years would not amount to much.

“As far as fiscal allocation is concerned, I wish to caution the nation not to expect too much from the Plan as there is very little money in it,” the Kluang MP said in a statement today.

Liew said that the Malaysia Plans spanning five-year periods contain both Putrajaya’s policies and disclosures on how annual development allocations would be used for the next five years.

But if inflation is factored in, it would be “quite clear” that the government’s funds allocated for development had actually declined, instead of going up, he said.

Citing the government’s annual budget, Liew further pointed out that more and more funds are now being used for administrative purposes instead of development.

“Administrative allocation has eaten into the share for development,” the DAP national political education director said.

He singled out the Prime Minister’s Department as the government department that had increasingly received more funds out of Malaysia’s annual budget.

This trend continued in the 10th Malaysia Plan, with the department taking up the “lion’s share” of RM13 billion or 25 per cent of the meagre RM50.5 billion development funds in Budget 2015, he said.

“There is very little real substance in the 11th Malaysia Plan, unless Najib can show us the money to back it up,” he said.

The 11th Malaysia Plan is the last five-year plan for the country before it hits 2020, the year where Putrajaya hopes to quit the “middle-income trap” and achieve high-income nation status. 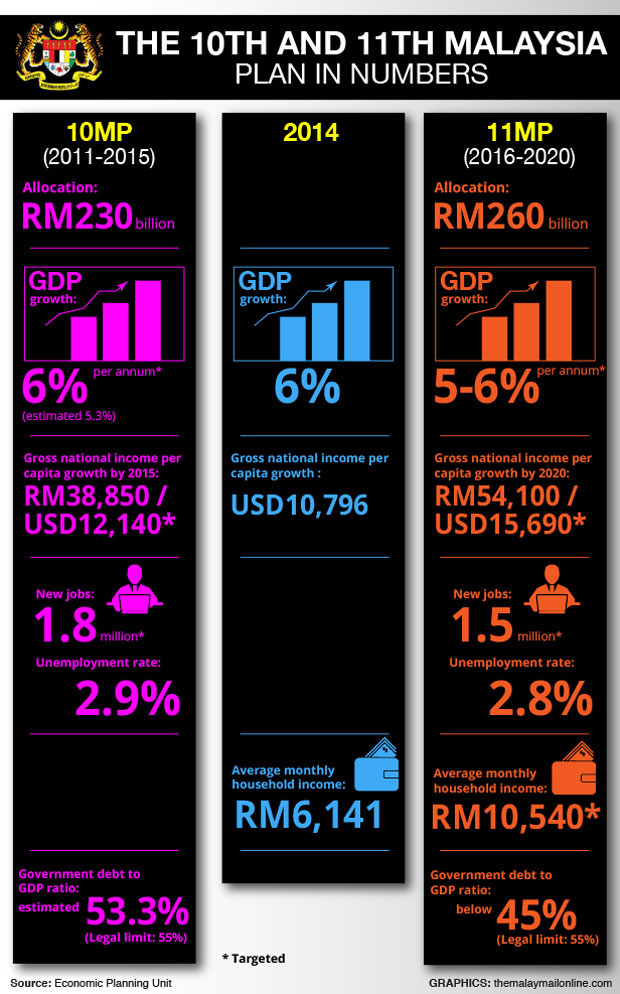