KUALA LUMPUR, Oct 19 — In the space of a decade, Fahmi Reza, 37, has taught himself many things: He is an amateur historian, rights activist and documentary film-maker. But he is perhaps most known for his instantly recognisable political posters.

With a background in electrical engineering, Fahmi is a self-taught graphic designer who took the plunge into the discipline in 2002 to help struggling civil societies who could not afford “real” graphic designers, with pro bono works.

Fahmi now churns out posters by himself for every cause that he simply believes in. You might have probably seen a couple of them yourself, with their distinctive raw and do-it-yourself aesthetics influenced by the punk music scene.

Malay Mail Online catches up with Fahmi during his first-ever exhibition 12 Years of Visual Disobedience at Five Arts Centre. 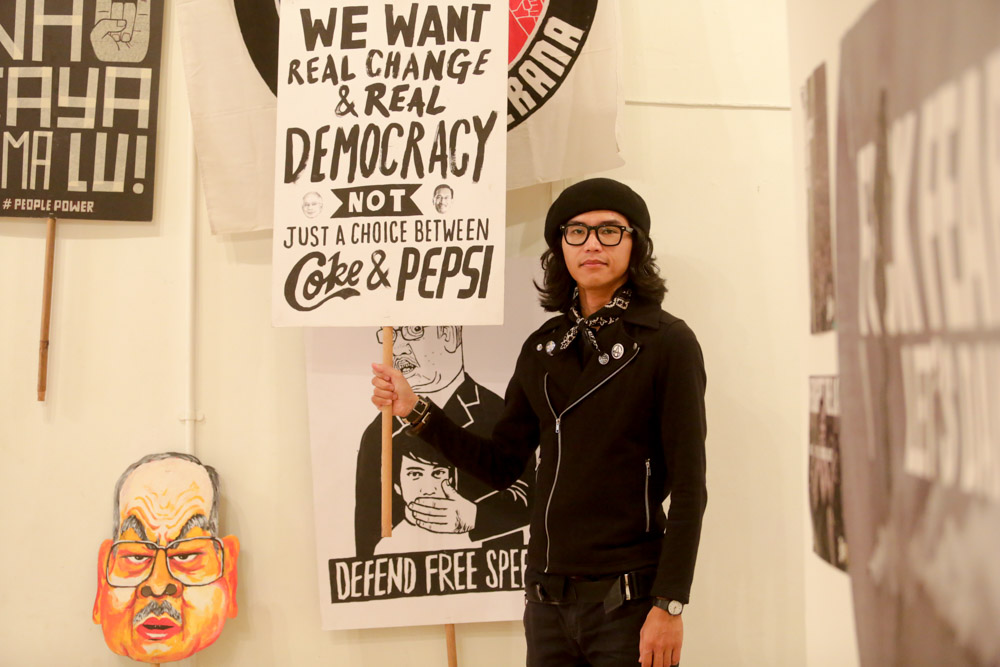 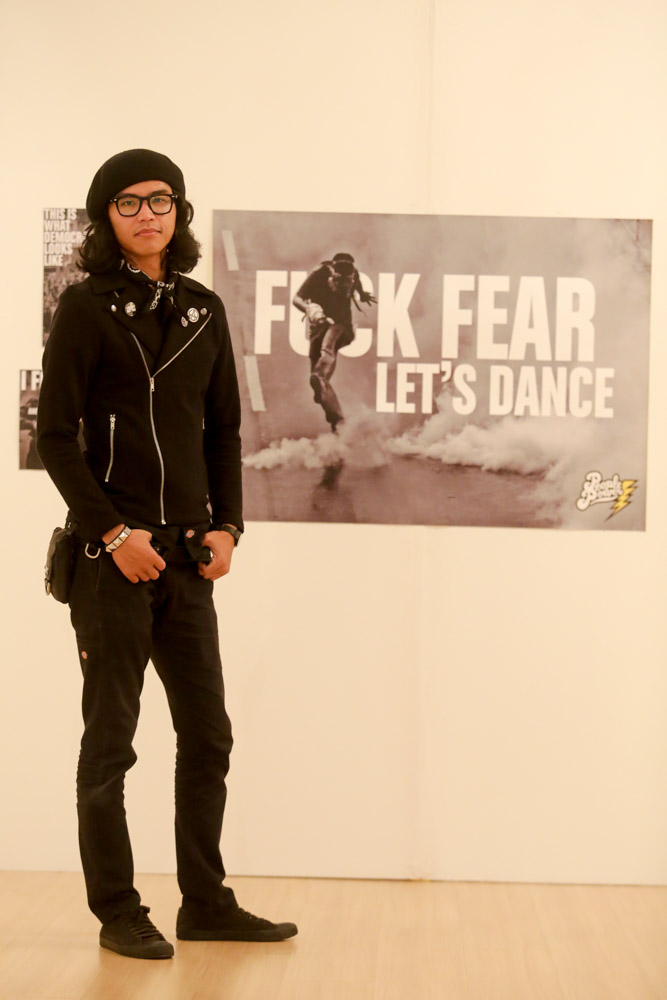 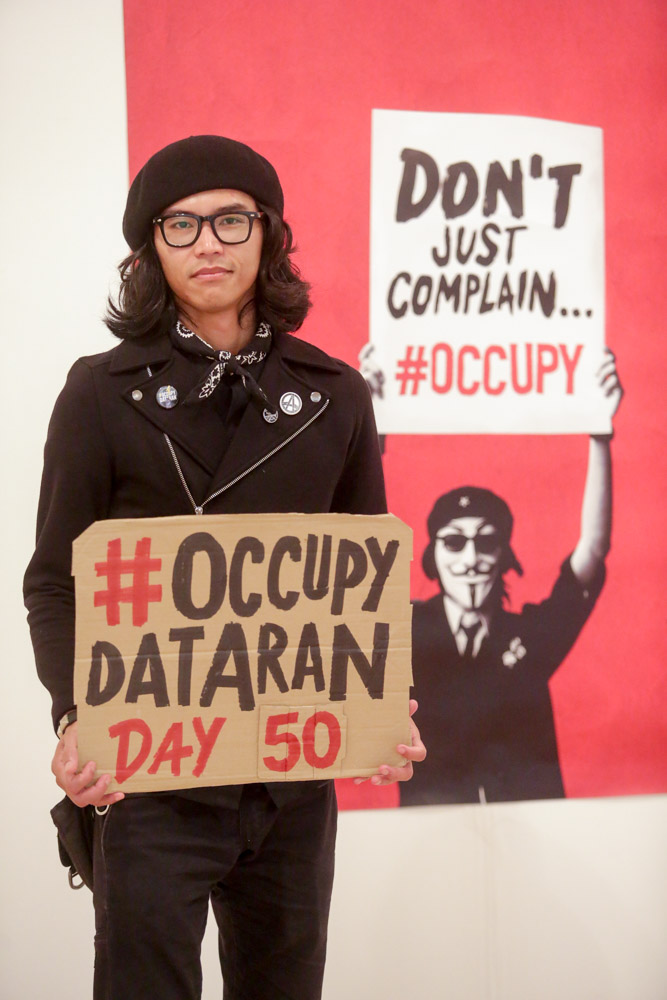 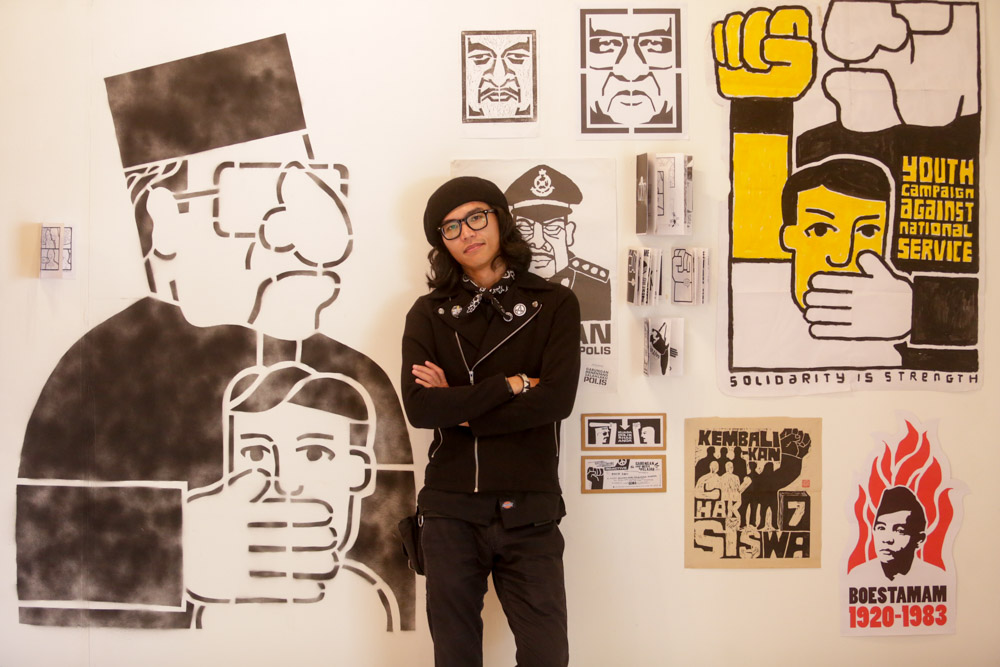 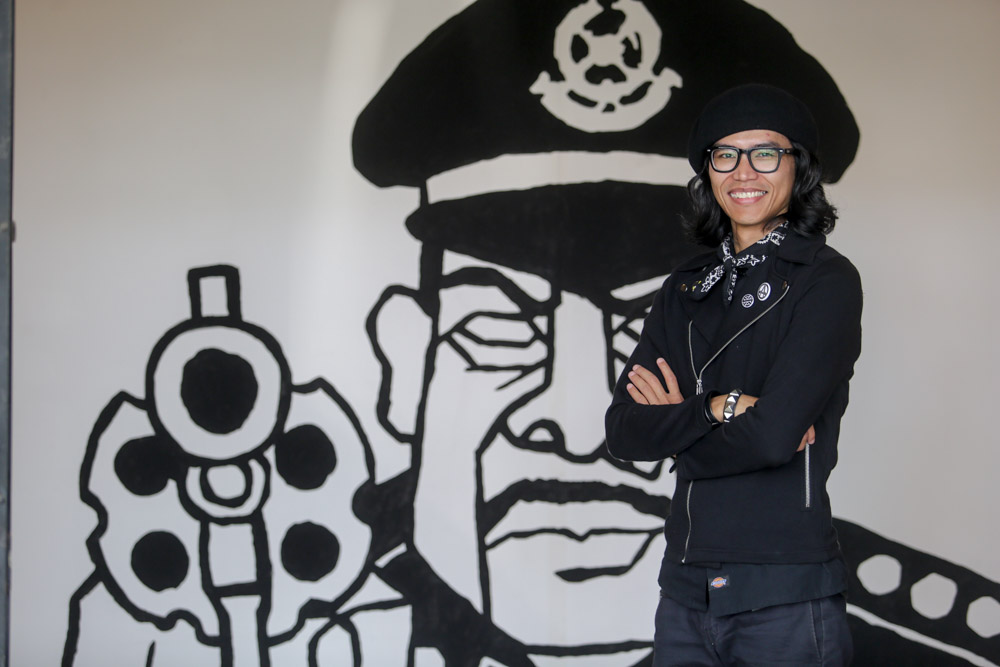 In his own words:

A lot of my graphics are black and white. Partly because of economical reasons. You can photocopy them, they are easy to reproduce… I started it out of necessity. But I’ve learned to appreciate and love the aesthetics. It suits the protest theme: The contrast between good and evil.

A lot of my process involves a lot of research. This gives me an excuse to educate myself on the issue… The next step is to capture what is the key message here that I wanna get across. You can only say so much in a poster, it’s not an essay.

I don’t really like sketching, I actually like to doodle. The first draft is usually the final draft. To me it’s not about the finishing, it’s about the concept, the idea. It doesn’t matter if I draw straight or crooked if the audience can get the idea.

Now with social media, I can play with colours. And see the interaction between me the author and audience the reader. With graffiti posters, there was no interaction, and I was anonymous. So I didn’t know how people felt and thought about the posters, whether they were effective. But with social media, the interaction is direct. Even people “liking” it tells you the poster is effective, and even more so when they comment and share it.

I call myself an author, because maybe I don’t see myself as an artist. Design is a lowbrow art: The medium is subservient to the purpose of the art, compared to art for art’s sake. For me, it’s not about me. At the centre of my work is the message. The message is most important, the medium is just a tool to communicate the idea to the audience.

I always keep the audience in mind. So the work has to be clear, the message has to be clear. With posters, there’s only one interpretation. If there’s more than one, then that’s not a good poster.

Freedom is an important cause to me. Besides human rights and freedom of expression, a lot of my work is related to public space. Public space is very important. Especially since I’m a KL boy, I live in the city. We’re losing more and more of our urban spaces. We’re not fully utilising even currently available spaces because we don’t know their function.

I think it’s important for designers to ask what their role is to the public… To use the visual skills we have for social good, to support different causes. To raise awareness about injustices happening in our society. For social change if possible. That is our strength. Activists have different roles — graphic designers are visual activists.

Look at Lawyers for Liberty. They are a bunch of lawyers who have their own jobs, but they band together to fight injustices. I think we can do the same with graphic designers: Have a group of like-minded designers working together for causes. If anybody likes this idea, they should get in touch with me.