Acting Transport Minister Datuk Seri Hishammuddin Hussein told a press conference here that he had instructed Malaysia’s military chief to contact his Indonesian counterpart and that the latter confirmed this.

“It’s untrue,” he said. “They (Indonesia) confirmed they had no sighting of the plane,” he said at the conference broadcast live on Astro Awani.

Hishammuddin’s brief response, however, did not appear to directly answer the question raised by a reporter at the media conference. 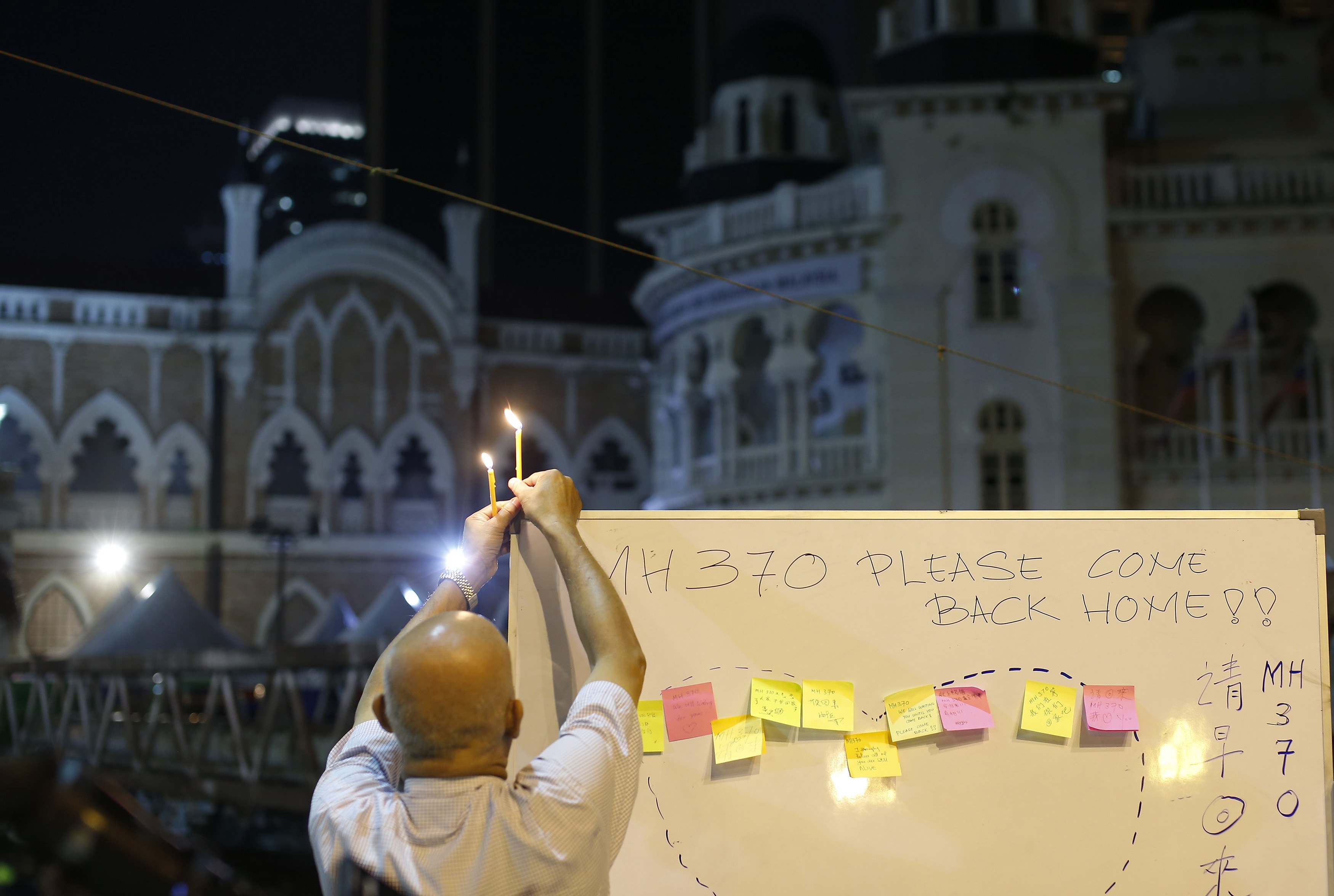 A man places a candle on top of a white board set up to place messages for passengers on board the missing Malaysia Airlines Flight MH370 during a candlelight vigil in Kuala Lumpur April 6, 2014. — Reuters pic 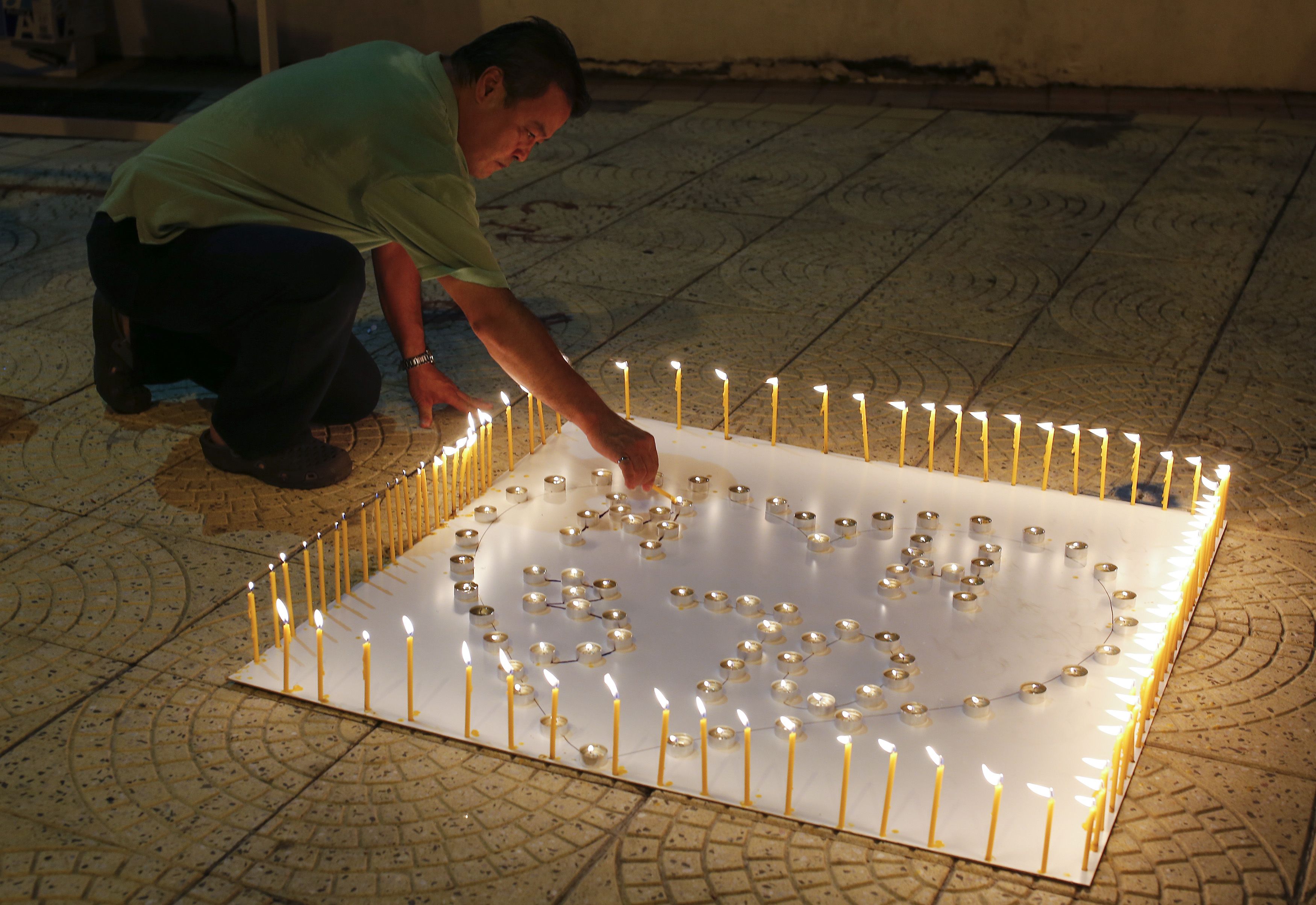 A man places a candle on a white board spelling out ‘MH370’ during a candlelight vigil for the missing Malaysia Airlines flight, in Kuala Lumpur April 6, 2014. — Reuters pic 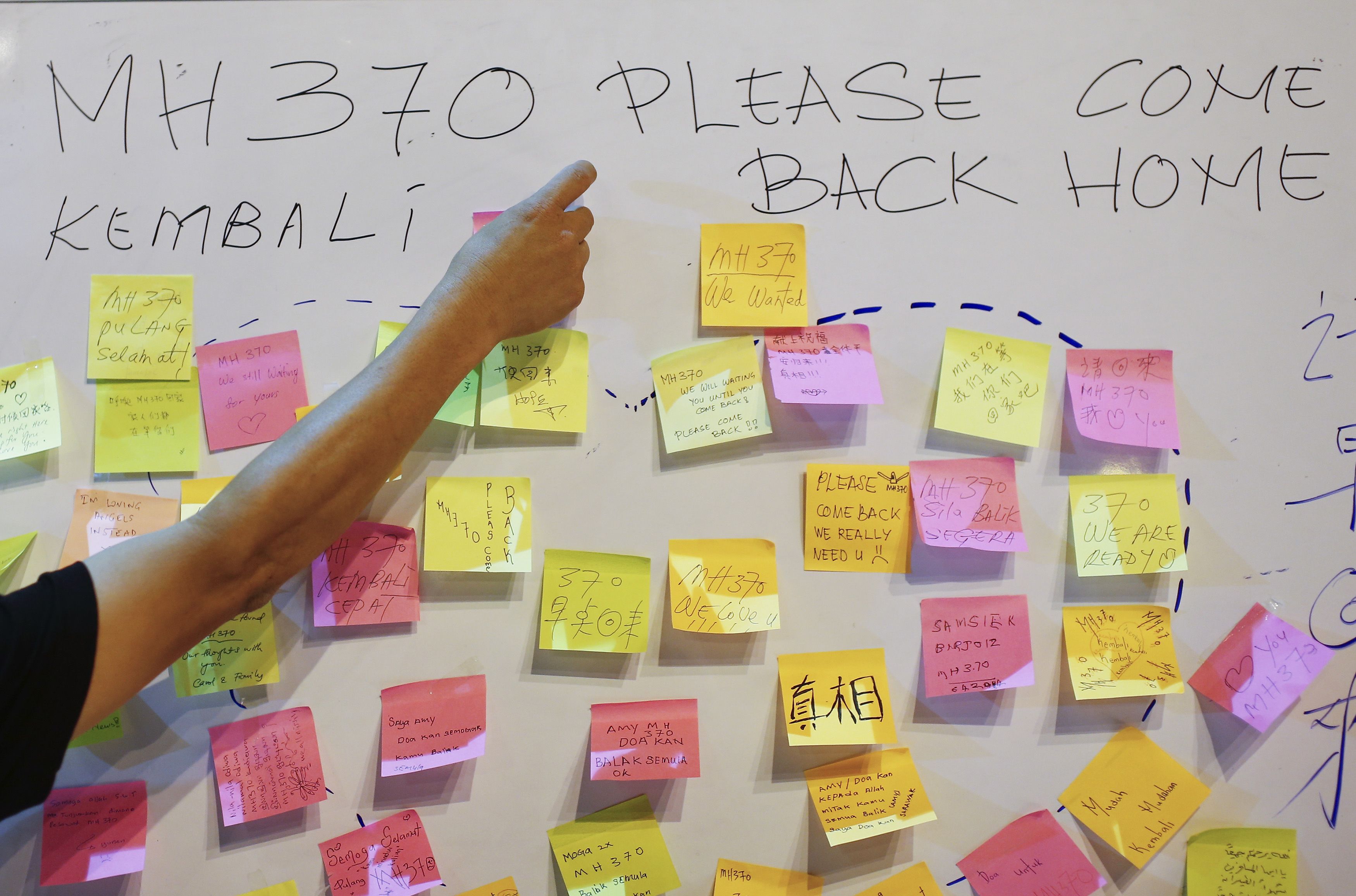 A man writes a message of well-wishes for family members of passengers on board the missing Malaysia Airlines Flight MH370 during a candlelight vigil in Kuala Lumpur April 6, 2014. — Reuters pic 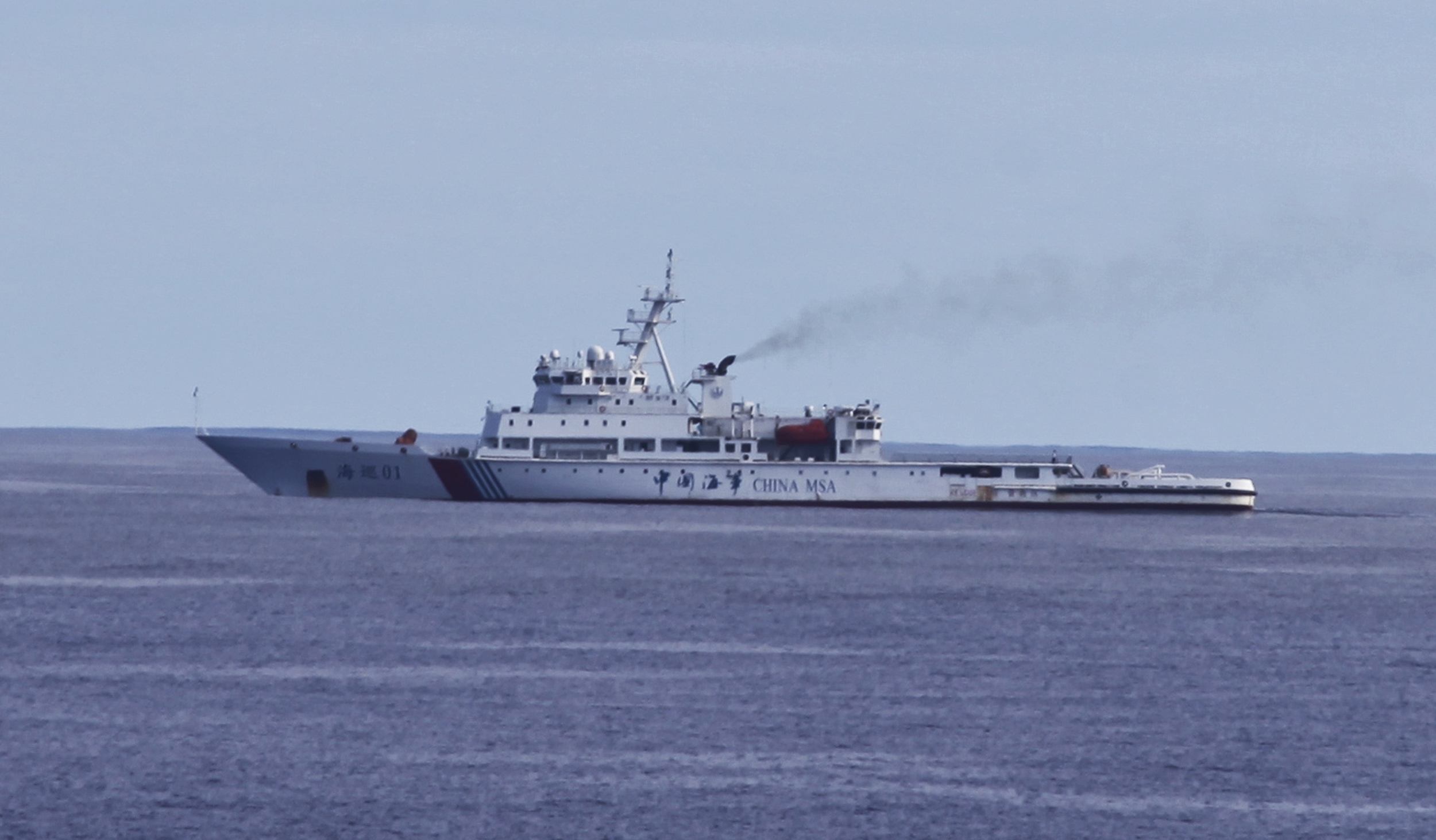 Chinese patrol ship Haixun 01 is pictured during a search for the missing Malaysia Airlines flight MH370, in the south Indian Ocean April 5, 2014, in this photo courtesy of China News Service. — Reuters pic 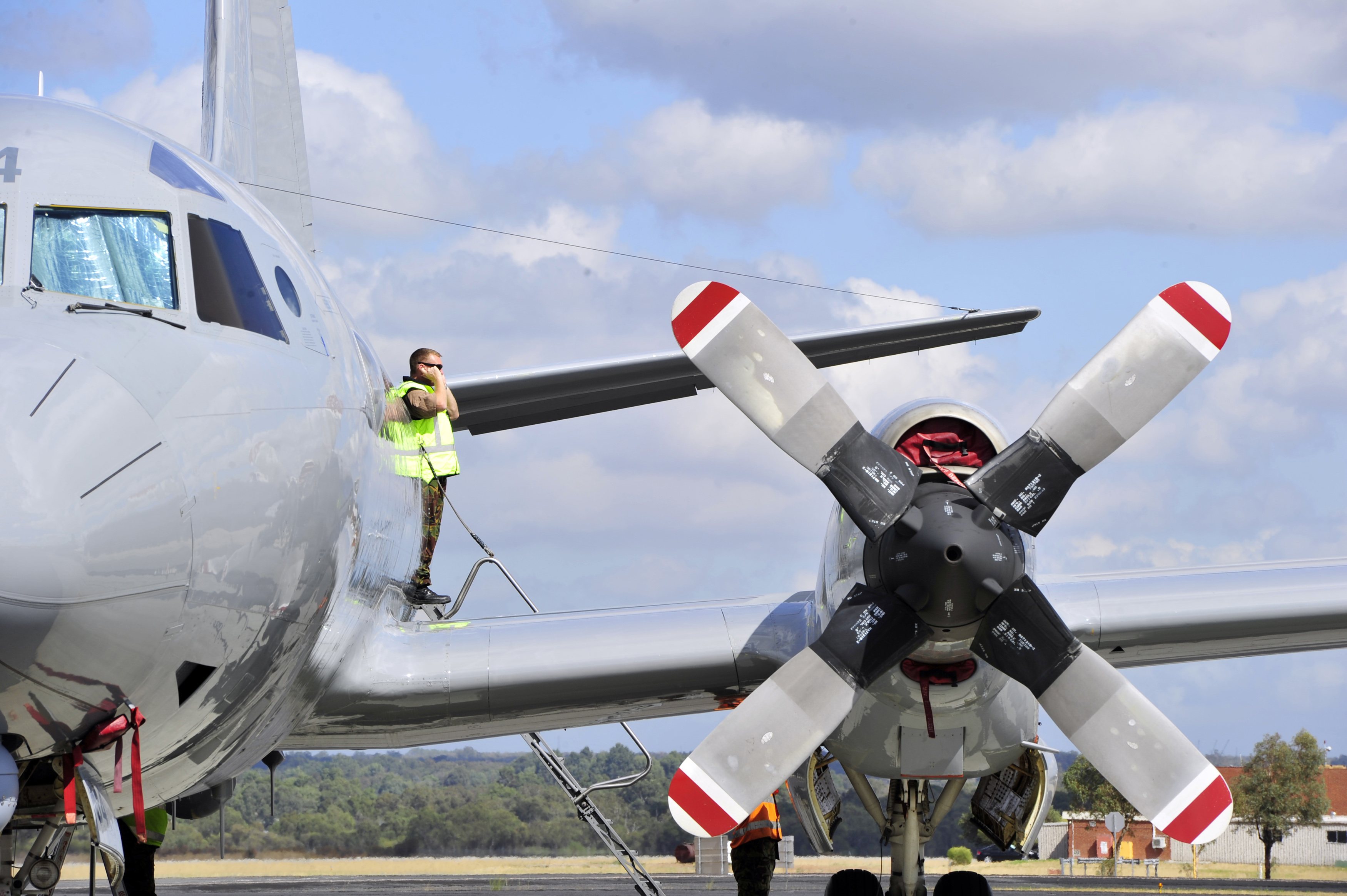 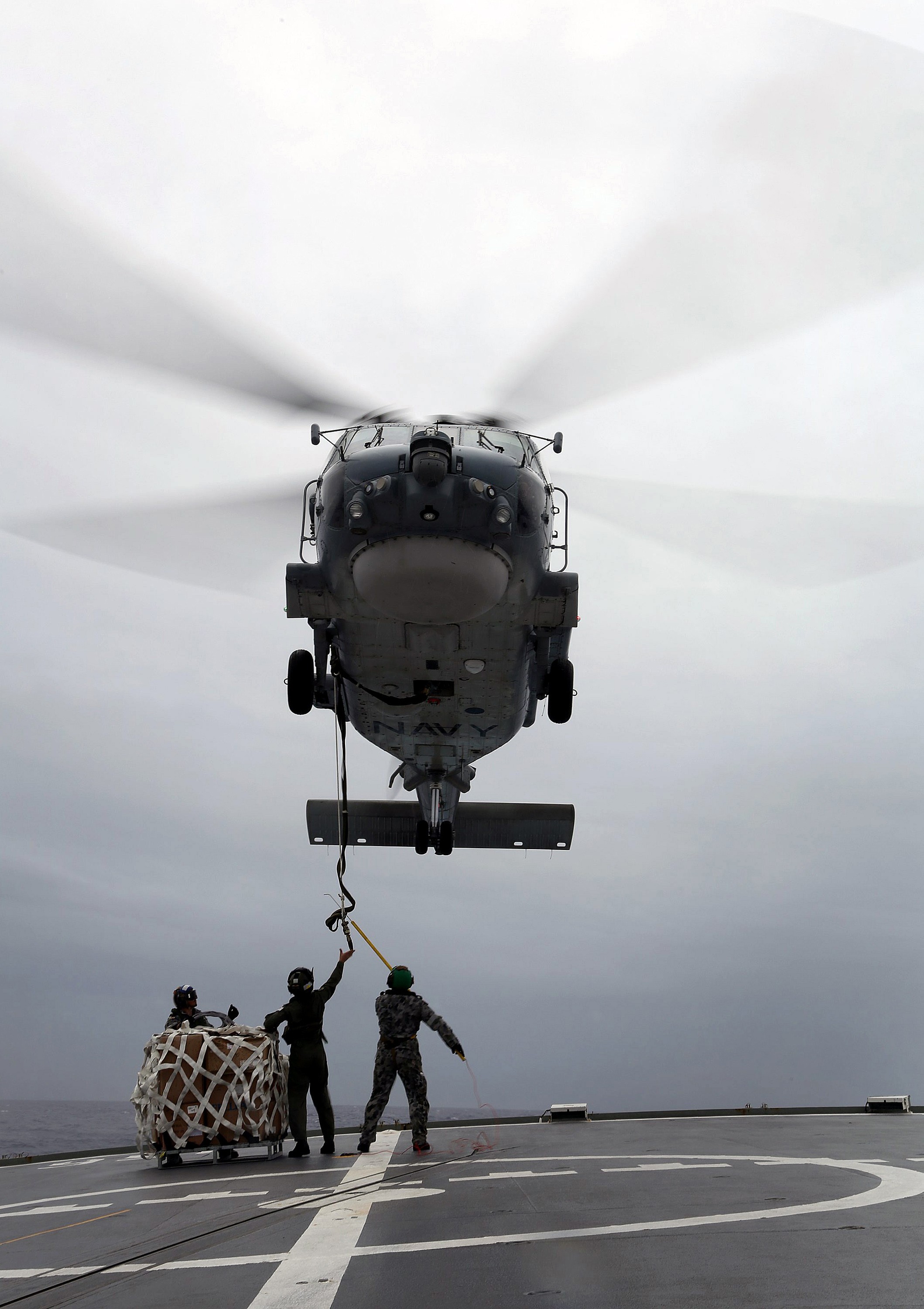 A S-70B-2 Seahawk (Tiger 75) helicopter makes an approach to the flight deck of Australian Navy ship HMAS Toowoomba to pick up supplies during a vertical replenishment at sea with HMAS Success as they continue to search for the missing Malaysian Airlines flight MH370 in this picture released by the Australian Defence Force, April 6, 2014. — Reuters pic 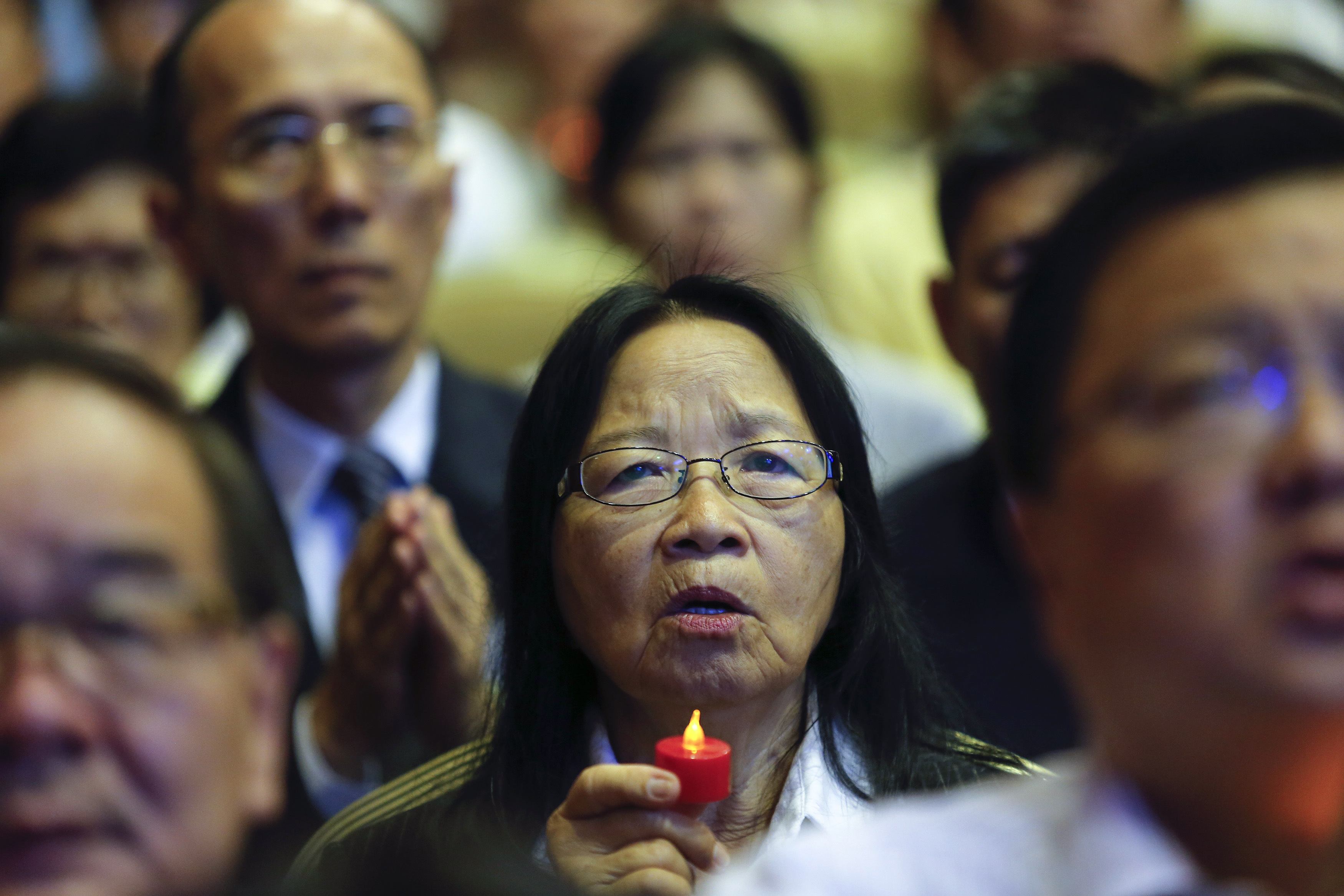 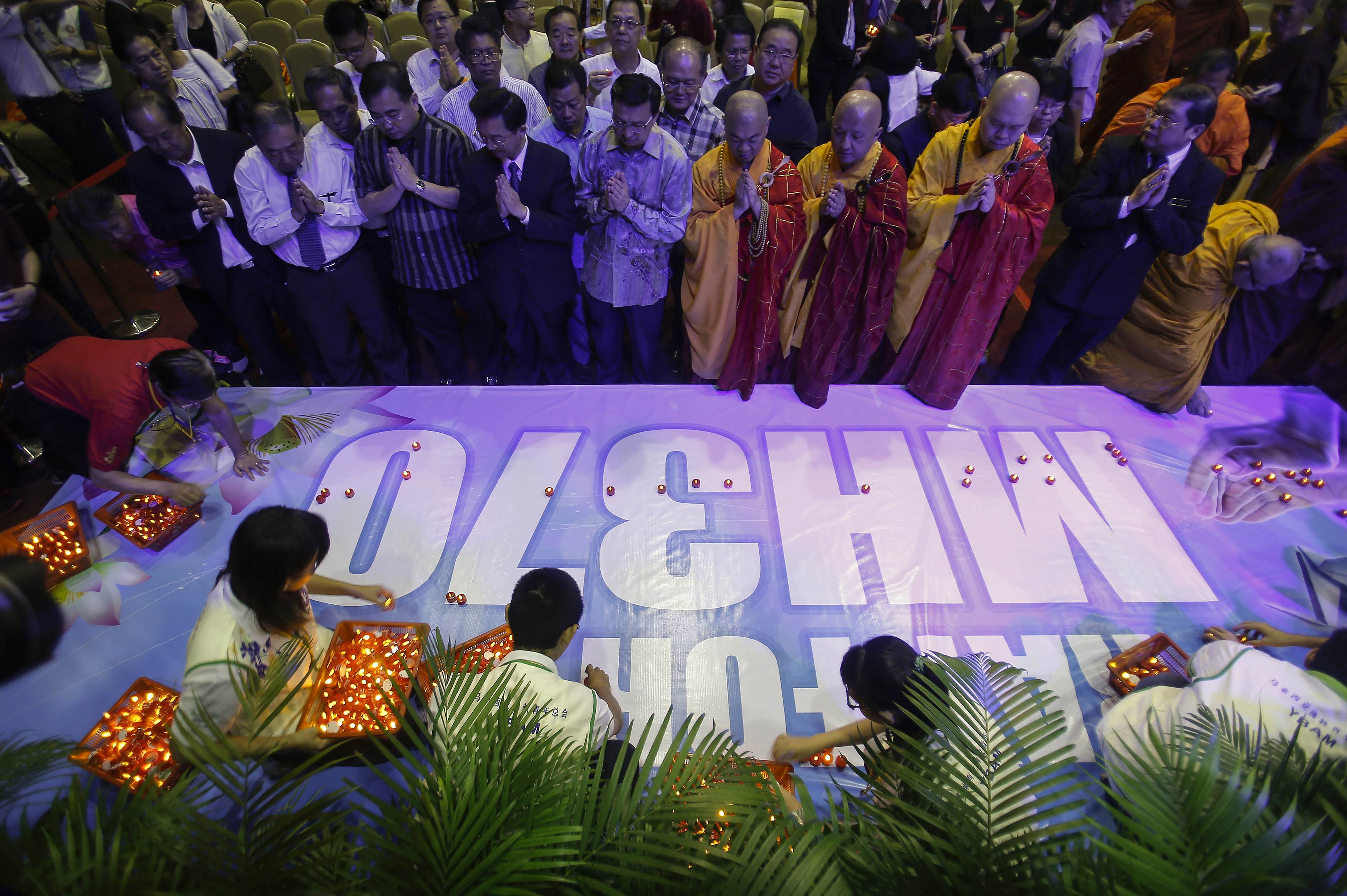 People place candles on a banner reading, ‘Pray for MH370’ after a special prayer for passengers aboard the missing Malaysia Airlines flight MH370 at the Malaysian Chinese Association (MCA) headquarters in Kuala Lumpur April 6, 2014. — Reuters pic

“What this official says is that after the Malaysia Airlines flight MH370 took that left-hand turn, deviated from its path to Beijing, flew across Malaysia.... the official now says that they know from looking at radar data from neighbouring countries that the flight then skirted the radar airspace of Indonesia,” CNN’s senior international correspondent Nick Robertson said in his report broadcast live from Kuala Lumpur.

The Boeing 777’s flight path clearly showed that someone on the plane was piloting the aircraft in this manner to avoid detection from Indonesian radars, he added, citing the Malaysian source.

The plane was then deliberately flown around northern Indonesia instead of flying over the country before it headed in a southerly direction towards the Indian Ocean where a multi-nation hunt is currently looking for it, Robertson said.

The senior correspondent said the new information could now help investigators build a psychological profile on the flight crew aboard MH370, especially the two pilots manning the cockpit.

In an immediate reaction to the news, CNN aviation specialist Peter Goelz said this further confirms that “what was going on in the cockpit was deliberate”.

He pointed out in a telephone call with CNN that it takes a considerable amount of skill and knowledge of the airspace to pilot a plane in such a manner.

“It’s not something that’s just done on the spur of the moment. It would have been planned so it is very disturbing but it is starting to form a pattern that is pointing to increase emphasis to the cockpit,” he said.

Goelz noted, however, that investigators have so far not been able to obtain any leads in their probe on the backgrounds of the aircraft’s pilots, Captain Zaharie Ahmad Shah and first officer Fariq Abdul Hamid.

On Saturday, a US official reportedly said that Zaharie had loaded several alternate routes into his home-built flight simulator to study possible safe action plans he could opt for in cases of in-flight emergencies.

CNN reported the unnamed official as saying that the searches, initially regarded as “curious”, later turned out to be what an experienced and professional pilot would do.

The official, who is said to have knowledge of the ongoing probe on the plane’s disappearance, was also quoted saying that no conclusive leads could be gleaned from Zaharie’s simulator.

The Beijing-bound aircraft took off from the Kuala Lumpur International Airport (KLIA) at 12.41am on March 8 and disappeared barely an hour later when it lost contact with the Subang Air Traffic Control (ATC).

At the time, the plane’s last known location was 120 nautical miles off the coast of Kota Baru in Kelantan.

Investigators, which include a massive team of experts from around the world, have so far concluded that the aircraft carrying 239 people had “ended” in the Indian Ocean, based on satellite and radar data.

But this is hundreds of miles away from MH370’s original flight path to Beijing.

It was concluded on March 15 — one week after MH370 left radar screens on March 8 — that the aircraft’s diverted flight path was the result of “deliberate action” by someone on board the plane with aviation knowledge and experience.

Since then, the final words that came from the cockpit, which is believed to be uttered by co-pilot Fariq Abdul Hamid, became the subject of much scrutiny. Fariq, and flight captain Zaharie, became central to investigations surrounding the reason that MH370 was taken off its original flight path to Beijing.

Zaharie’s flight simulator was confiscated and sent for forensic analysis at the US Federal Bureau of Investigation but no leads were found.