KUALA LUMPUR, Dec 6 — Tan Sri Lim Kok Wing, the founder and president of the Limkokwing University of Creative Technology, has had the closest of ties with Nelson Mandela, the former South African president and iconic freedom fighter who died today at the age of 95.

When news of his passing reached Lim at his home in Cyberjaya near here, it was a moment of grief for the man who helped craft a most successful voter registration exercise in South Africa’s first free and all-inclusive election held in 1994 which Mandela’s African National Congress (ANC) won overwhelmingly.

It was then Prime Minister Tun Dr Mahathir Mohamad who recommended to Mandela to hire Lim for the massive exercise where out of 20 million eligible voters, nine million were illiterate.

Four years earlier, Dr Mahathir was the only non-African head of government who gave Mandela a rousing welcome at the airport in Lusaka, Zambia, upon his release from 27 years in prison by the white minority government of South Africa. A woman holds a sign at a gathering in memory of Nelson Mandela outside the South African High Commission across from Trafalgar Square in London December 5, 2013. — Reuters pic 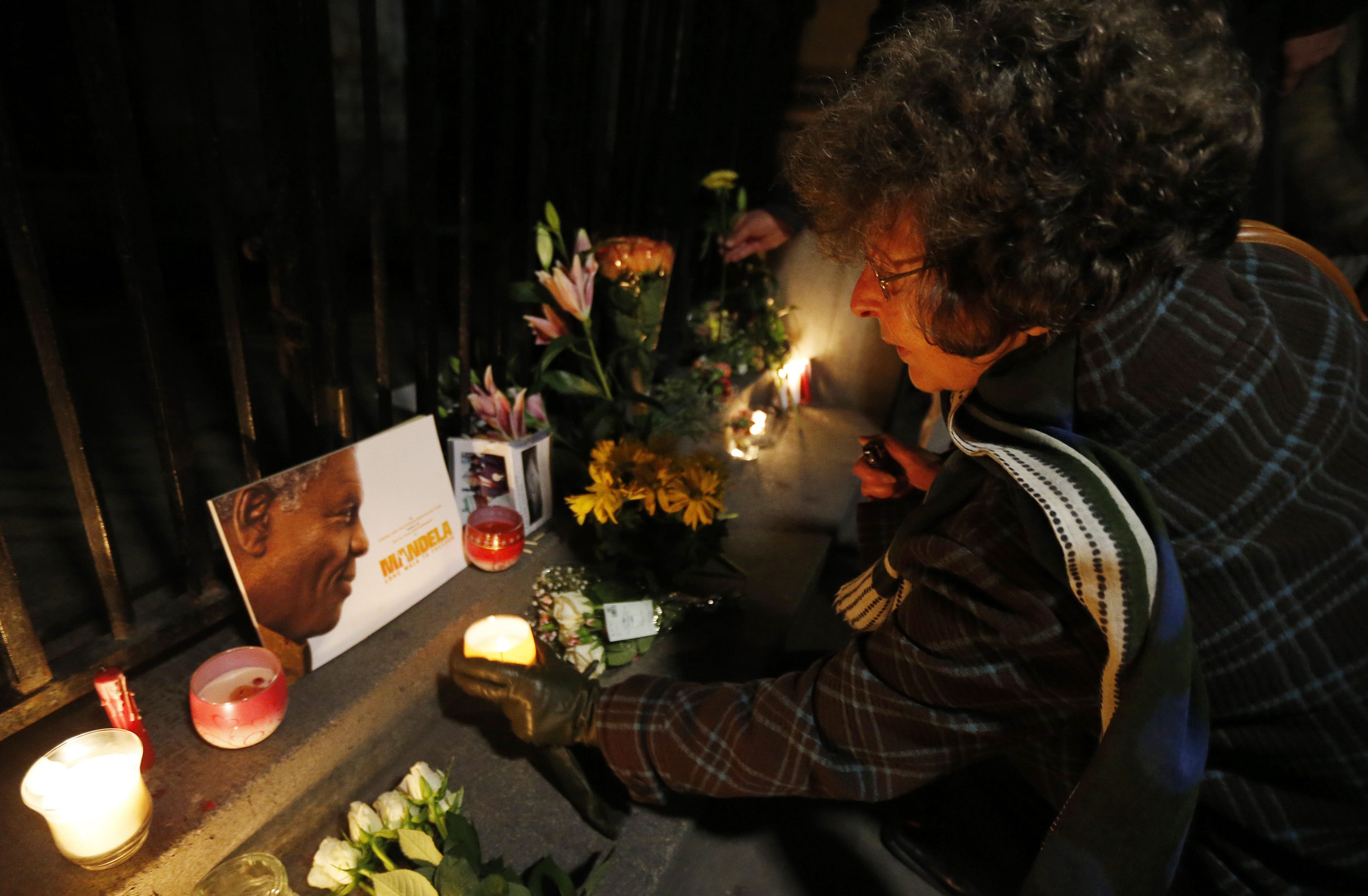 A woman lights a candle at a gathering in memory of Nelson Mandela outside the South African High Commission across from Trafalgar Square in London December 5, 2013. — Reuters pic 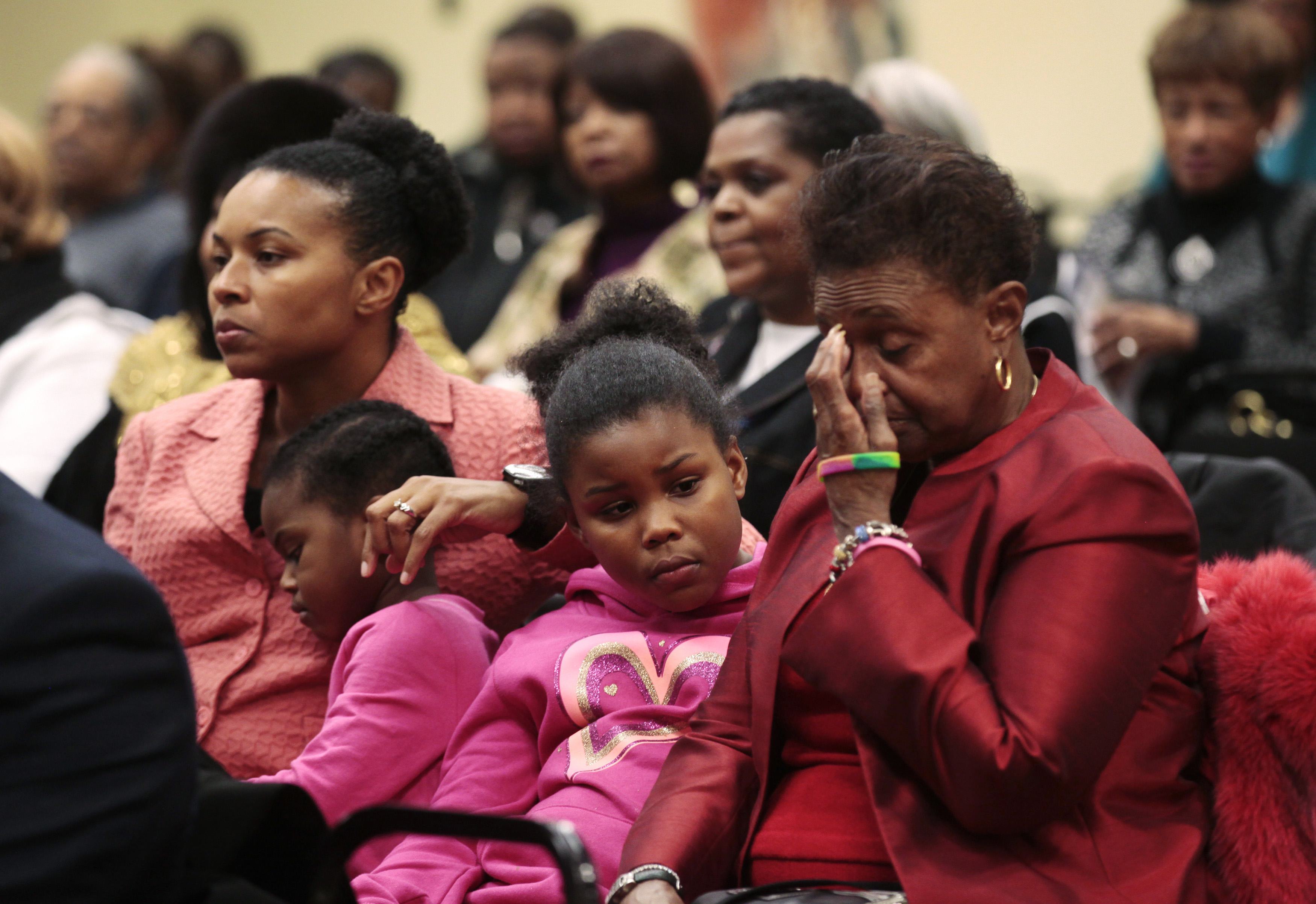 Victoria Johnson (right) attends a public meeting along with her daughter Dawn Stephens and granddaughters Anaya and Alyssa Stephens, where a moment of silence was held in memory of former South African President Nelson Mandela in Detroit, Michigan December 5, 2013. — Reuters pic England's captain Alastair Cook (right) and his team stand as they observe a minute of silence to commemorate former South African President Nelson Mandela's death before starting the second day's play in their second Ashes cricket test against Australia at the Adelaide Oval December 6, 2013. — Reuters pic 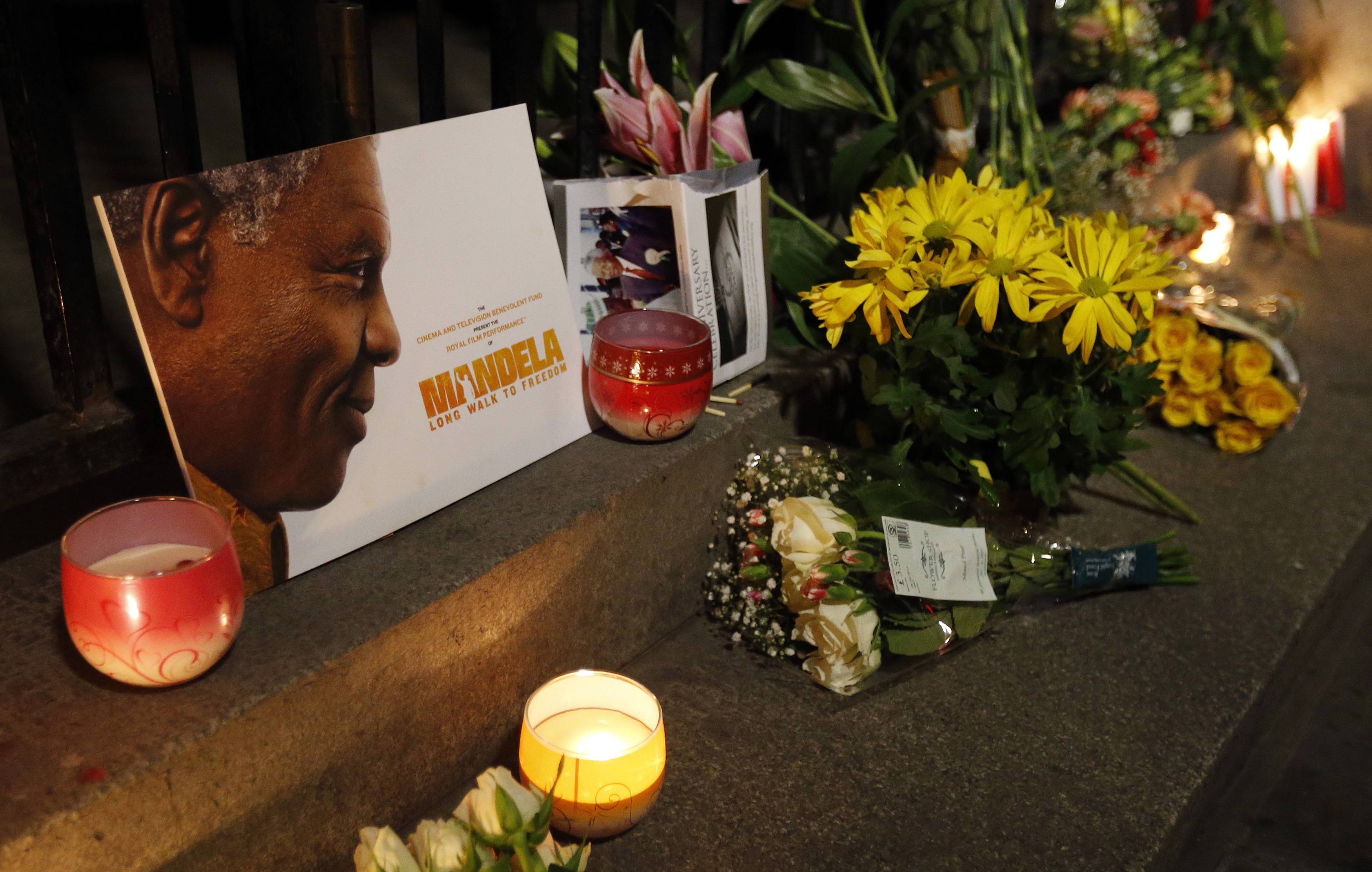 Flowers, candles and tributes are left in memory of Nelson Mandela outside the South African High Commission across from Trafalgar Square in London December 5, 2013. — Reuters pic African National Congress (ANC) vice-president, Nelson Mandela, addresses a capacity crowd at a rally in Port Elizabeth in this April 1, 1990 file photo. Mandela has passed away on December 5, 2013 at the age of 95. – Reuters pic 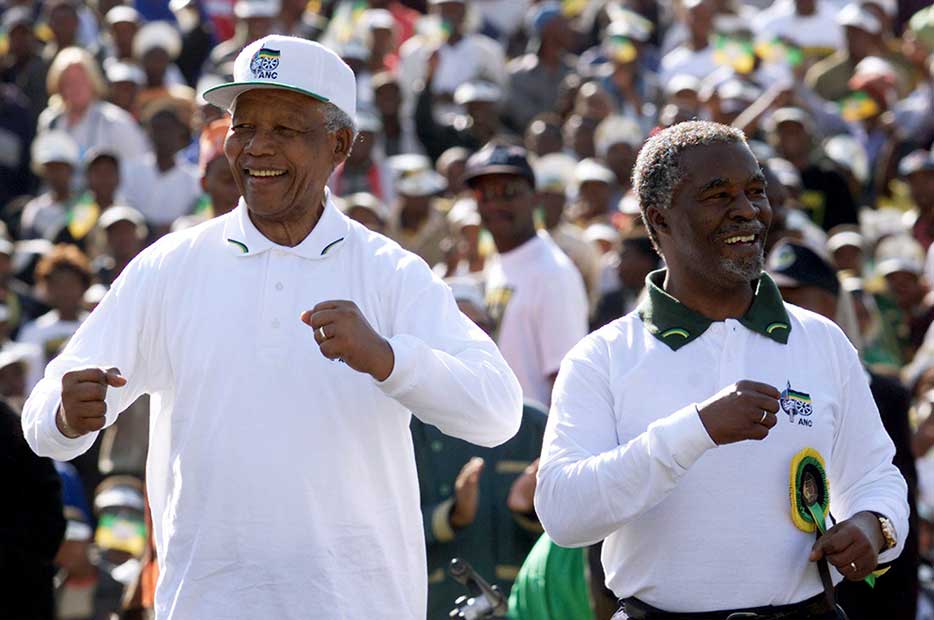 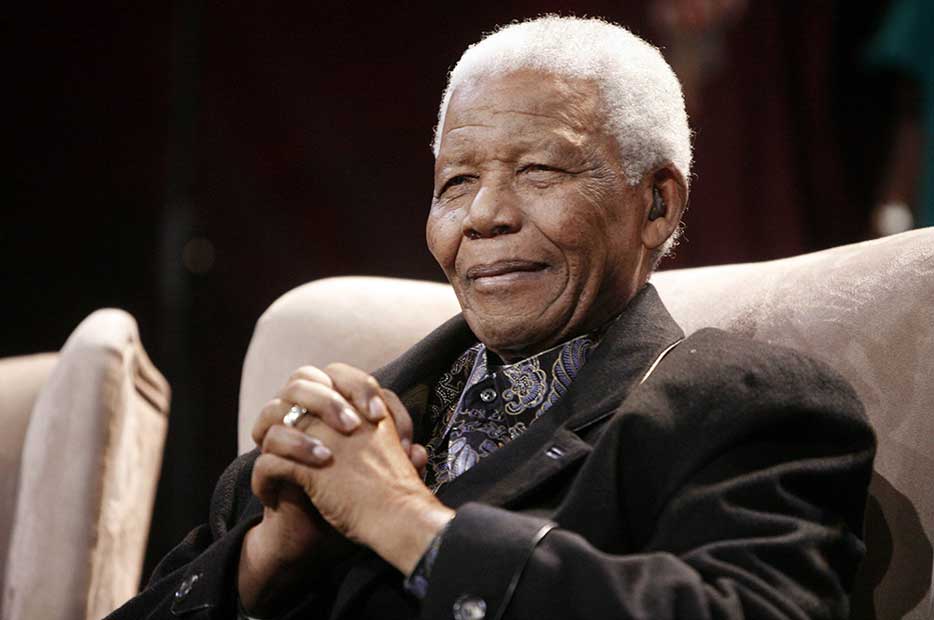 Former South African President Nelson Mandela wears a cap presented to him by the cast of the Oscar-winning film "Tsotsi" at his home in Cape Town in this March 16, 2006 file photo. – Reuters pic

“Words cannot describe the loss we all feel. I remember vividly the days my team and I spent in South Africa. We had half-expected to see Mandela a man bearing the psychological scars of having spent 27 years in prison.

“Instead, we found a warm person with a large heart who was the enduring voice of reconciliation, peace and progress. He considered me a South African and publicly acknowledged it. It was a gesture that spoke volumes of his sense of humanity,” Lim told Bernama.

Another of Lim’s lasting contributions to South Africa’s first democratic election was when Mandela tasked him with giving ANC’s election slogan, A Better Life for All, a powerful visual message.

Lim, Malaysia’s foremost public relations guru, came up with the election poster of Mandela surrounded by smiling children of various backgrounds, including whites, that proved to be the clincher for ANC’s election victory.

The photo was so popular that copies were plastered all over South African homes.

Lim and his creative team criss-crossed the country with Mandela and other leaders for weeks during the election campaign, putting up billboards, buntings and organising public rallies.

“I learned many life lessons in communication and peace from the charismatic Mandela, and admired the sense of gratitude and humility of the South African people,” Lim added.

His efforts were greatly appreciated by Mandela who said in a personal letter to Lim: “Your untiring efforts on our behalf have touched the hearts of us all and you have shown true friendship and solidarity with the people of South Africa in our endeavour to transform South Africa into a free, just and democratic country.

“The size and magnitude of your contribution will have a very meaningful impact on the outcome of the election and, on behalf of the people of South Africa, I thank you,” Mandela had written.

Lim recalled that soon after Mandela led the ANC to the election victory, Dr Mahathir was among the first foreign leaders to meet him. Just as Dr Mahathir was about to introduce Lim as part of the Malaysian delegation, Mandela stopped him and said with a smile “let me introduce you to a South African”.

Lim said: “Politically, Mandela was like a God to the black South Africans, and the white South Africans had a healthy respect for him. When he showed up to speak, easily half a million people would show up.

“He was a very clever communicator and a rousing orator. He could move quickly from one level to the next. He read his game very well in any situation, in front of an audience. His eyes and mind were very sharp”.

To honour Mandela’s efforts to promote world peace, Lim earlier this year initiated the Mahathir Award for Global Peace as part of the Mahathir Global Peace Foundation of which he is chairman of its board of trustees and main driver.

The first recipient of the Lifetime Campaigner for Peace and Freedom Award was Mandela himself.

As Mandela was too frail then to travel to Malaysia to personally receive the award, South African President Jacob Zuma accepted the award on his behalf during his official visit to Malaysia in August at a ceremony at the Putrajaya International Convention Centre.

While Africa has lost a great leader and humanitarian, it has won, through Mandela, a great friend of Africa in both Dr Mahathir and Lim.

The Limkokwing University has also become one of the most recognisable institutions of higher learning in Africa with several campuses in the continent. — Bernama