Sculptor Aboud Fares created digital sculptures which can be seen using the Perk Reality app he created. — Picture by Opalyn Mok
Follow us on Instagram, subscribe to our Telegram channel and browser alerts for the latest news you need to know.
By OPALYN MOK

GEORGE TOWN, Feb 23 — The popularity of non-fungible tokens (NFTs) among artists has gained a lot of traction over the past year.

Titled “NOW”, it features 16 AR sculptures that Aboud did using 3D sculpting software that can only be viewed using his Perk Reality app.

“I started this project for fun, as an experimentation on AR, but now that I see how people are so receptive to it, I want to keep the platform to feature works by other artists too,” he told Malay Mail.

The exhibition only has large posters with QR codes on them. These have to be scanned using the Perk Reality app, then the sculptures will pop up on the screen of the smart device used. 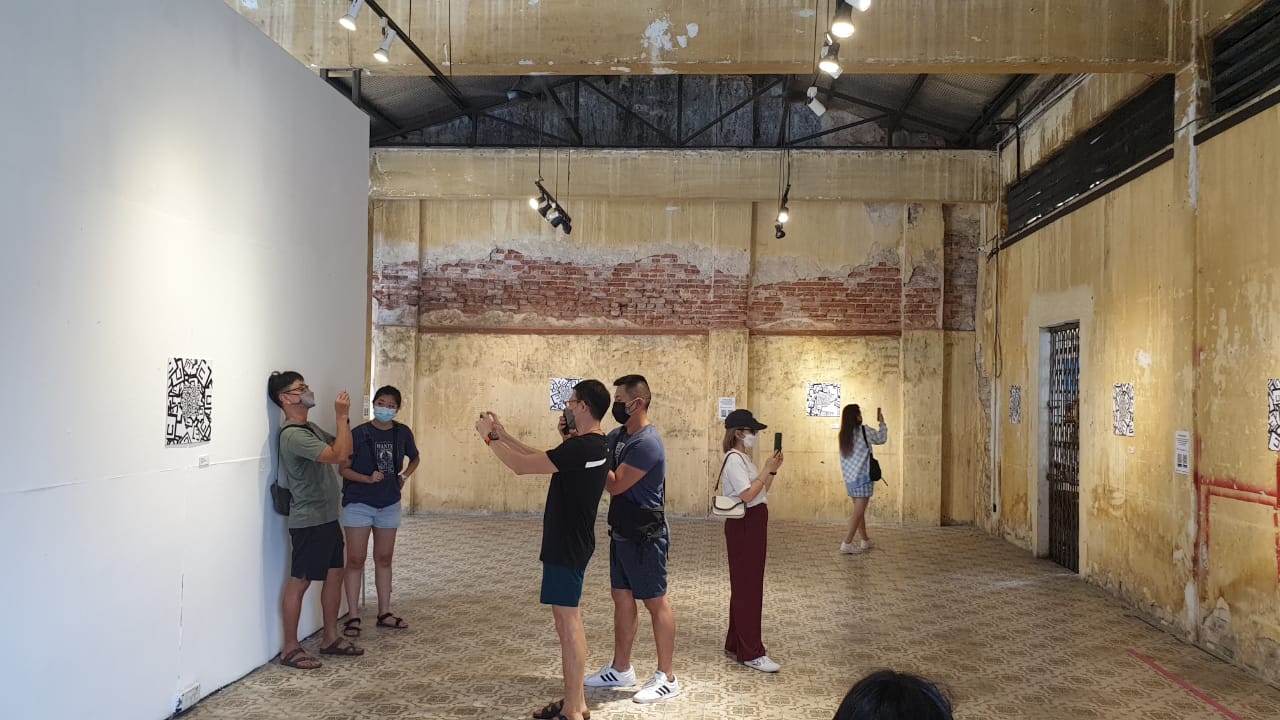 Aboud took about two months to develop the app and platform along with creating the sculptures and his additional 3D cat paintings for another project under his Perk Reality app.

“I don’t know anything about coding so it was a huge learning curve for me to create the app for this project, but I like how it all turned out,” he said.

Due to the positive response to this project, Aboud decided to make all the art under this project available for sale as NFTs on OpenSea to fund the Perk Reality platform.

NFTs are digital products such as art and music and most NFTs are part of the Ethereum (ETH) blockchain.

OpenSea is the largest NFT marketplace and art on the site is traded using ETH which is a cryptocurrency.

“I did not publicise this exhibition much as I wanted to see people’s response to it and it was interesting to see people interact with the AR works,” he said.

He said a majority of the people who came across the exhibition, especially on weekends, will download the Perk Reality app to view it.

Since the launch of the exhibition on February 11, the Perk Reality app has been downloaded more than 300 times. 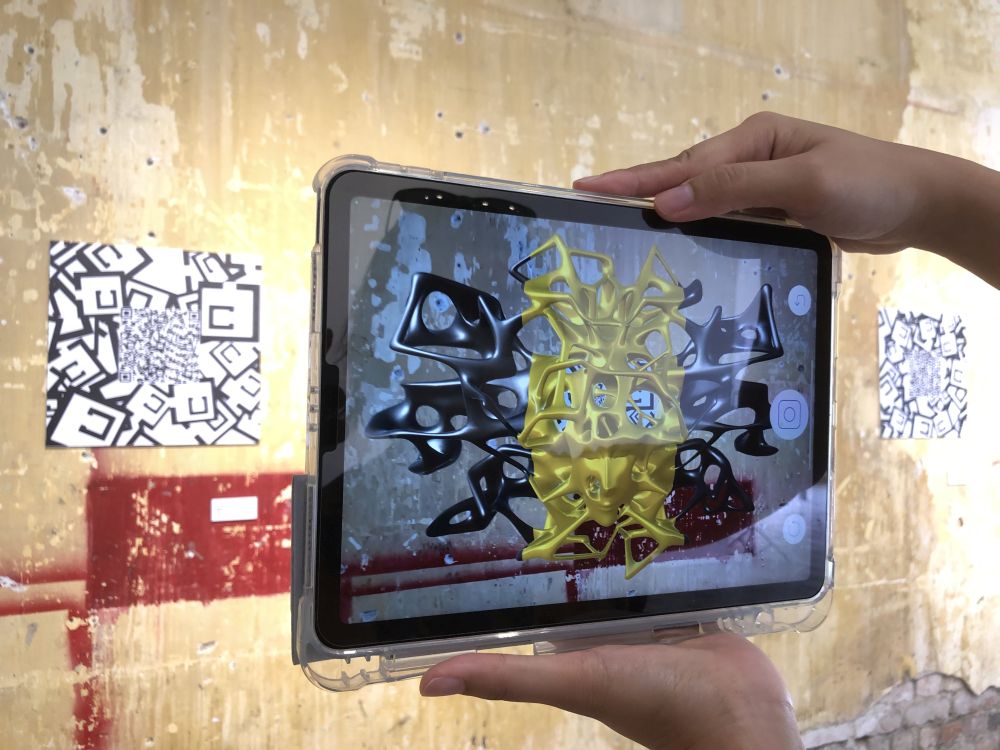 If the QR codes are scanned without using the app, it will lead the viewer directly to the website link of the sculpture.

“This platform has so much potential so I hope to be able to expand it, maybe hire people to refine the app and website, so that I can host exhibitions on this platform and collaborate with other artists to sell their work as NFTs,” he said.

The “NOW” exhibition at Hin Bus Depot ends on February 27, but Aboud also has another unique exhibition called “Town-Cats” located on the streets of George Town. 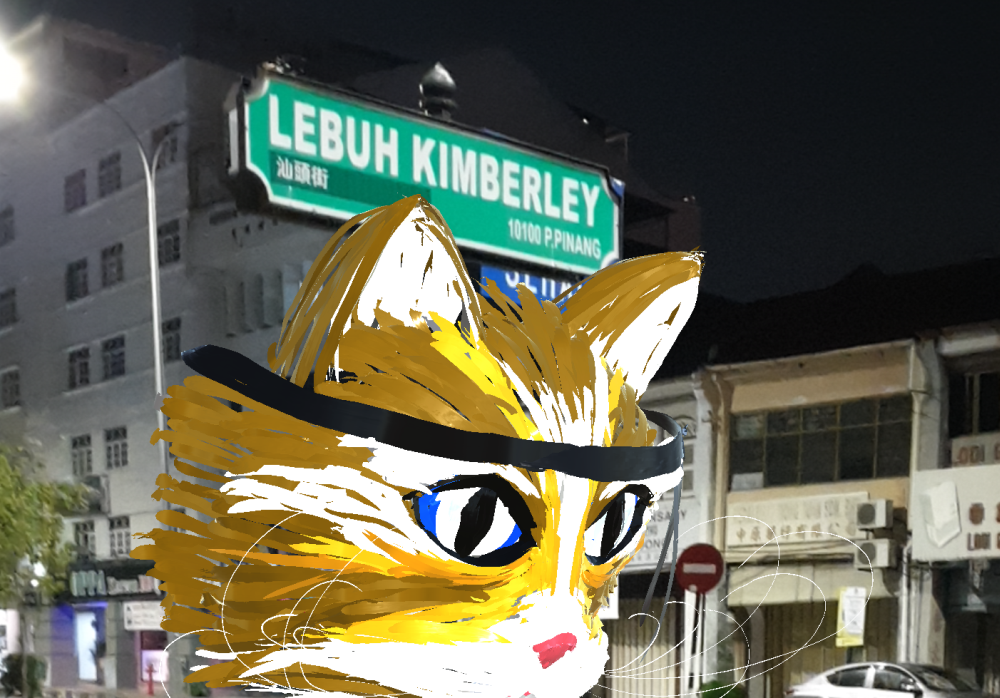 The Town-Cats can be viewed by scanning the street name signs using the Perk Reality app. — Picture courtesy of Aboud Fares

Aboud created about 67 bright 3D cat paintings that can be viewed using the Perk Reality app just by scanning the street name signs around the George Town world heritage site.

He hopes to introduce this concept of AR art to more public spaces where people can interact and view the art using the app.

“The art can also be replaced with new artworks regularly without needing to physically remove the images at the site and since it is on a digital platform, it can showcase works by different artists from all over the world,” he said.

Currently, “Town-Cats” can be viewed at Hin Bus Depot and all around the George Town heritage site but Aboud said he plans to slowly expand the public exhibits outside of the heritage site.

The “NOW” exhibition at Hin Bus Depot is open daily until February 27 while “Town-Cats” will be available until Aboud replaces it with new artworks.

Aboud also has a series of mini sculptures available for sale at the Hin Bus Depot.

The NFTs of the sculptures and Town-Cats are available for purchase here at between 0.035 ETH and 0.1 ETH.