The cats were soaked to the bone when Mohd Yani found them on Tuesday night. — Pictures via Facebook/mohdyani.yani.96
Follow us on Instagram, subscribe to our Telegram channel and browser alerts for the latest news you need to know.
By TAN MEI ZI

PETALING JAYA, May 6 — A man in Terengganu came to the rescue of a female cat and her kittens after hearing their cries coming from an outdoor rubbish bin.

In a Facebook group for Kijal residents, Mohd Yani recounted how he found the animals while throwing out his trash on Tuesday night.

Mohd Yani said he was shocked at the cruelty of the person who abandoned the felines as they were left to die inside a tied-up sack.

“Even if you don’t like cats, don’t throw them out into the rubbish.

“You’ve already dumped them in the trash, and you want to tie them up in a sack too.

“Pity these creatures,” he wrote.

Mohd Yani added that it wasn’t clear how long the cats had been left in the rubbish heap before he found them.

He shared some photos of the mother cat at the scene and what appeared to be four kittens in her litter.

The animals were in bad shape, especially after getting left out in the heavy rain.

“I don’t know how long they had been abandoned for but the kittens and their mum were soaked to the bone when I found them.

“I brought them home but the kittens looked lifeless. Their mother had just given birth to them," said Mohd Yani.

He suspected that the person who dumped the cats made deliberate efforts to conceal the act by tying the bag shut.

Mohd Yani also left words of warning to the culprit, noting that “every action has its consequences.”

“Cats are God’s creations too. They want to live just like us.

“Today you throw out these cats, but tomorrow your own children could abandon you as well.”

The incident reportedly took place near a kindergarten in Kampung Tengah.

Mohd Yani’s post has gotten more than 2,200 reactions on Facebook with many Malaysians expressing anger over the dumping.

Others wrote that it was disappointing to see an act like this take place during the holy month of Ramadan.

“I can’t bring myself to look at (the photos). I love cats as if they are my own children,” said one user.

“If you want to dump them, leave them at a place where they can at least find food.

“We shouldn’t be cruel to animals, especially during the fasting month,” added another. 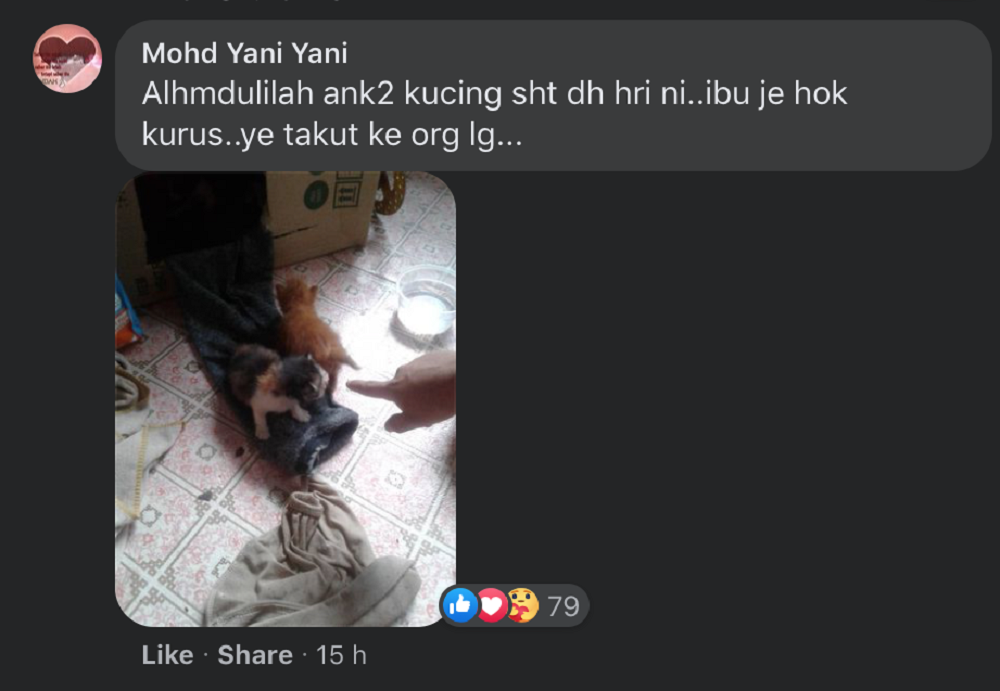 The kittens managed to survive the dumping. — Pictures via Facebook/mohdyani.yani.96

The kittens may have had a rough start in life but things are looking up based on an update by Mohd Yani in the comments section yesterday.

He shared a photo of two of the kittens and wrote that they were looking much healthier.

However, Mohd Yani noted that the mother cat is still skinny and scared of humans after the ordeal on Tuesday night.

Visiting a museum (even virtually) is good for seniors’ well-being

The curators saving Ukraine’s heritage at all costs

What is hugelkultur, or how to create a garden on a hill of plant waste