Vaccinations are crucial to ensuring the well-being of a child and public health at large. — Pixabay pic
Follow us on Instagram, subscribe to our Telegram channel and browser alerts for the latest news you need to know.
By TAN MEI ZI

PETALING JAYA, Nov 30 — Education and awareness on vaccines should be ramped up to prevent anti-vaxxer ideologies from taking root in society, urged Malaysian paediatricians.

This comes in light of the transition to a hexavalent vaccine for babies under the Health Ministry’s National Immunisation Programme (NIP).

It’s a step up from the NIP’s previous five-in-one vaccine which did not include protection against hepatitis B.

While the hexavalent vaccine is nothing new on the market and has been used in Malaysian private practices since 2013, Ara Damansara Medical Centre’s department of paediatrics head Dr Rakhee Yadav said that more awareness is needed so parents will not be swayed by misinformation from anti-vaxxers.

Convincing parents who are “on-the-fence” when it comes to vaccinating their children is especially important to ensure successful implementation of the hexavalent vaccine in Malaysia.

“One anti-vaxxer could spark a cluster of misinformation involving all their peers and we don’t want that to happen.

“We need to educate parents and encourage them to seek information from the right people, whether it's their general practitioner or their paediatrician, and not someone on the internet or a dodgy website.

“Once we cater to them, they will most likely convert to the pro-vaccine side,” said Dr Rakhee.

Concerns over anti-vaccine sentiments flared up after a three-month-old boy in Sabah fell ill with polio in December 2019, causing Malaysia to lose its status as a polio-free country.

As of October 16 this year, the Health Ministry has recorded four polio cases in Sabah and three of these cases involve children who had never received a polio vaccine in their lives.

“The Malaysian public generally looks at vaccination in a favourable light except for the odd anti-vaxxer who puts a spanner in the works, so overall education is really the way to go.

“We tend to let our guard down when things get easy and the reason why we don’t see any of these deadly diseases anymore is that we’ve had our NIP in place since the 1950s.

“The programme not only helped to reduce the number of people with these diseases but it also eradicated some of these diseases,” said Dr Koh. 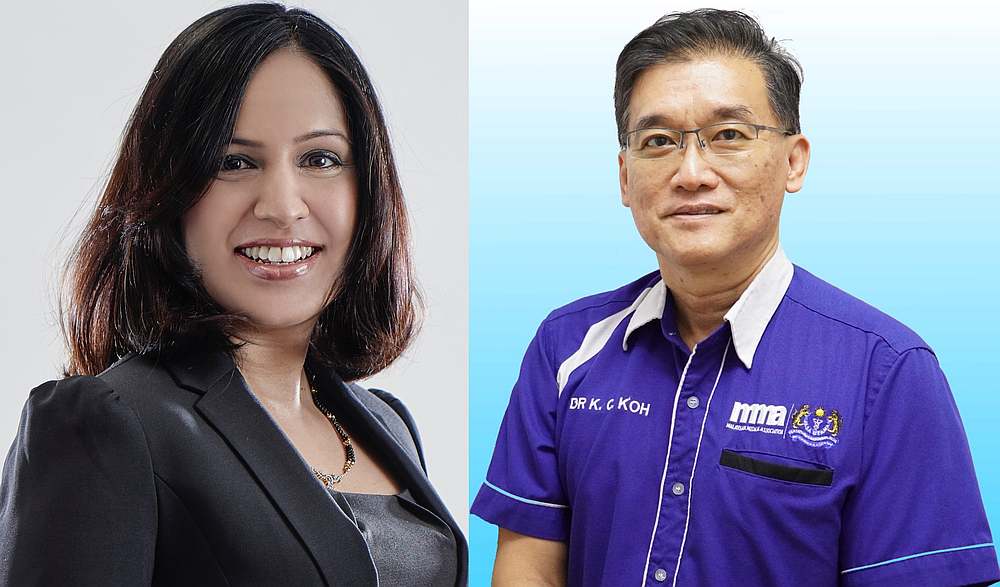 r Rakhee (left) and Dr Koh have highlighted the importance of education to prevent the spread of anti-vaccine sentiments in Malaysia. — Pictures courtesy of Dr Rakhee Yadav and Dr Koh Kar Chai

Child immunisation is not mandatory in Malaysia but Dr Rakhee said that making vaccines compulsory by law will not be a clean-cut solution for combating anti-vaccine sentiments.

Following the example of countries like Germany, where unvaccinated children are not allowed to attend school, would spark concerns on the rights of children when it comes to education.

“We’ve seen a huge reduction in vaccine-preventable diseases because of vaccine programmes throughout the world but making them compulsory brings up a whole host of legal issues to deal with.

“For example, stopping unvaccinated children from attending school touches on the rights of education for a child.

“We cannot withdraw one right (education) for the sake of another right (health) and there’s a lot of debatable issues in regards to making vaccines compulsory, so education and awareness is the way to go,” said Dr Rakhee.

What are the benefits of the hexavalent vaccine?

Statistics from the World Health Organisation (WHO) show that as of October 20 this year, 49 countries have added the hexavalent vaccine to their respective NIPs.

Malaysia’s Health Ministry also stated that large-scale clinical trials and studies have proven the efficacy and safety of the hexavalent vaccine with no adverse side effects being reported.

It also brings several benefits to parents and their babies as it reduces the number of injections needed to protect children against six diseases.

The hexavalent vaccine is administered to babies with three primary doses at the age of two, three, and five months and one booster dose at the age of 18 months.

Along with a separate hepatitis B vaccine given after birth, children will only need five injections in total for protection against six diseases compared to the seven doses needed for the five-in-one vaccine.

“The inclusion of hepatitis B in the hexavalent vaccine means fewer injections and fewer reasons to come to the clinic.

“Fewer injections means fewer crying episodes for the child and parents won’t have to take as many days off work to bring their child to the clinic,” said Dr Rakhee.

The hexavalent vaccine is aimed at reducing the likelihood of missed injections, thus keeping children up-to-date with their vaccinations and safeguarding public health.

Parents can direct any questions on the hexavalent vaccine to the Health Ministry by calling 03-88834042/ 03-88834504 from Monday to Friday, 9am to 5pm, or visit the nearest public health clinic for more information.