‘I wore this in Malaysia two years ago’: Primatologist Jane Goodall recycles beloved shirt at H&M to reduce waste (VIDEO)

The 86-year-old’s signature shirt will be transformed into a sweater using the Swedish retailer’s new recycling system. — Pictures courtesy of H&M
Follow us on Instagram, subscribe to our Telegram channel and browser alerts for the latest news you need to know.
By MELANIE CHALIL

KUALA LUMPUR, Oct 30 — Apart from her signature low ponytail, prominent British primatologist Jane Goodall had a favourite shirt just like all of us.

Over the years, the 86-year-old’s uniform of choice has been an army green buttoned-up long-sleeved shirt with two front pockets — a cosy and functional piece for studying chimpanzees in their natural habitat.

But like most overworn outfits, the shirt has seen better days with fraying collars and Goodall is preventing it from ending up in landfills by recycling it at H&M to reduce waste.

The shirt will be turned into a sweater using the Swedish fast-fast giant’s recently launched recycling system, Looop. 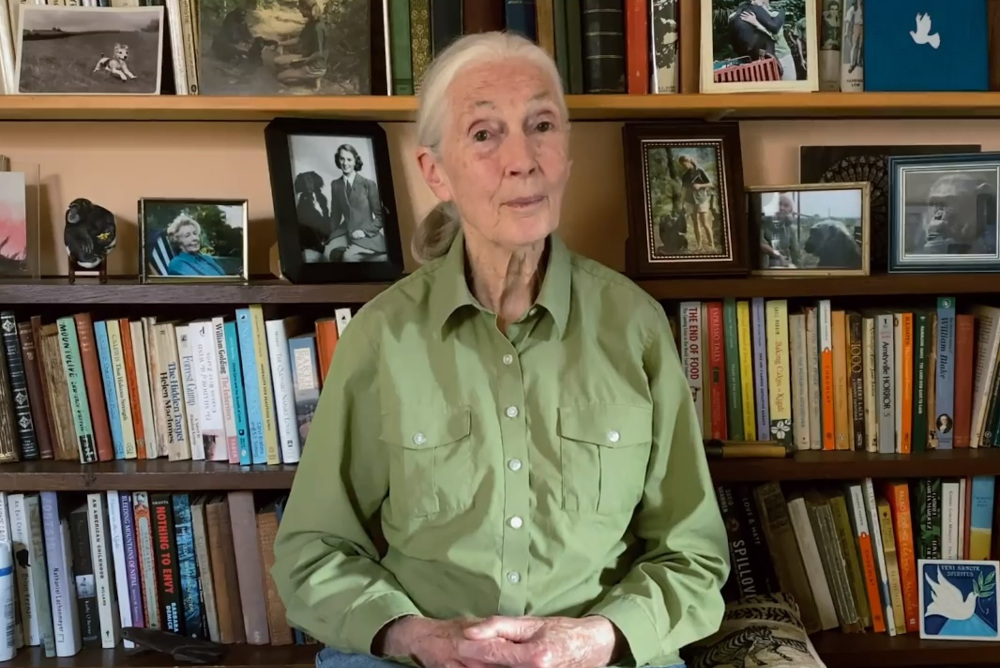 The prominent primatologist recalls having a conversation with a Buddhist monk about sustainability when she was in Malaysia two years ago. — Screengrab from Instagram/Jane Goodall

In a video to promote recycling, Goodall spoke about her penchant for the utilitarian-style shirt and how she would wear it repeatedly.

“The shirt that I’m wearing is a rather special shirt because I’ve been looking back and I think the first pictures I have are back in the very early 20s.

“And I’ve just worn the same shirt again and again for different occasions and it’s the same kind of shirt that I wore in the field at Gombe,” she said.

Goodall also mentioned that she happened to wear the same shirt in the video on her trip to Malaysia two years ago where she had a profound conversation about sustainability with a Buddhist master.

“But this one, I was wearing in Malaysia two years ago and I was having a discussion with a monk, a master, and I was very honoured to be having this discussion. “In our discussion, we talked about all kinds of things but one of the things was talking about the way that we’re living in a society which is so wasteful — a society that’s living in a way that’s totally unsustainable,” she said.

At the event, Goodall’s team played the famous clip of Wounda the Chimpanzee who hugged the legendary primatologist when she was released into the wild.

The octogenarian then proudly pointed out to the monk that she was wearing the same shirt.

A passionate advocate for the environment and conservation, Goodall has always stressed the need to protect our planet and all living things on it for the past 60 years.

“This shirt is part of the start of a recycling revolution,” Goodall wrote on Instagram two days ago.

“Each of us can make a difference every single day — what we buy and what we wear makes an impact.

“I’m giving it to @hm so that their recycling machine Looop can turn it into something new, for someone else to create memories in.”