The grand mansions of Penang, a legacy from five European architects

York House by Joseph Charles Miller. — Picture by K.E.Ooi
Follow us on Instagram, subscribe to our Telegram channel and browser alerts for the latest news you need to know.
By By Opalyn Mok

These are among some of the grand structures of the early 1900s that were left behind as legacies by five European architects whose craftsmanship have for generations inspired the work of those who succeeded them. 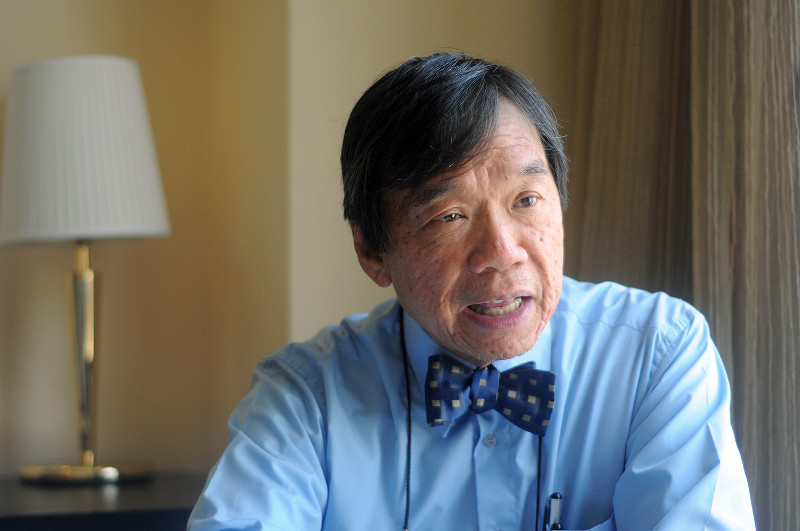 Dr Jon Lim took close to 30 years to research and compile documents on the grand mansions in Penang and on the five big architects of the 1900s. — Picture by K.E.Ooi

At his “5 Architects, 5 Houses” talk in the MBPP Town Hall today, local architect, lecturer and author Dr Jon Lim showcased the impressive works of the five — Henry Alfred Neubronner, John McNeill, Charles Geoffrey Boutcher, David McLeod Craik and Joseph Charles Miller, all of whom had arrived more than a century ago to Penang, then known as an economic boomtown for both the tin and rubber industries.

According to Lim, the first two decades of the 1900s was known as the golden age for architecture with the rise in demand for luxurious homes among the local elite.

He pointed out that the last British high commissioner, Sir Gerald Templer, even told the Penang legislative council in 1956 that this legacy by the architects should be preserved and not be destroyed for the sake of the future generations.

“Unfortunately, our city fathers thought investments are more important than legacy,” he said.

Lim, who took close to 30 years to document the works by the architects, including collecting photographs and plans of their works, authored the “The Penang House and the Straits Architects 1887 — 1941” book that was published in March by Areca Books and sponsored by Think City.

“I want to give back to the people of Penang and to tell them how special George Town is,” he said in an interview with the Malay Mail Online today.

According to Lim, one of the reasons why the five architects had picked Penang to showcase their work was because they were given free artistic reign. Penang, he added, had a sense of informality, unlike Singapore.

“This is why we have such a variety of architecture while in Singapore, the designs are more formal and common in style,” he said.

Neubronner, a German born in Malacca who had arrived in Penang in 1899, is said to be the main contributor to the modern bungalow designs of today.

“His designs are more avant garde and he built bungalows that were more Anglophile by introducing a certain solidity to the buildings and also designing buildings that are asymmetrical,” Lim said.

One of Neubronner’s known designs is a 1906 bungalow along Cantonment Road that is now a private residence.

He also designed a bungalow for the Raja Kedah along Northam Road (now Jalan Sultan Ahmad Shah) but it was demolished many years ago. 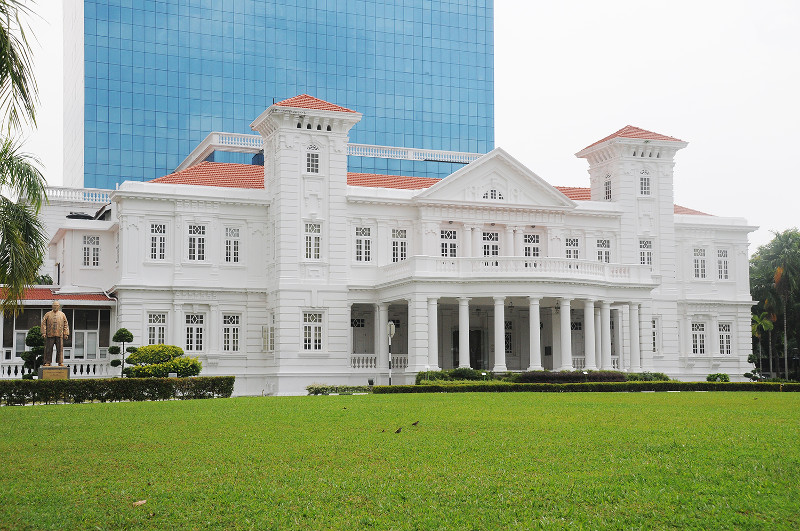 The Homestead by John McNeill.

“McNeill’s design has a classical grandeur to it, a romantic style of bungalow so if you look at Homestead, it is like a palace, it’s not a bungalow but an Italian villa,” he said.

The Homestead’s design, with its Roman-temple front, towers and side wings, was heavily influenced by a 16th century villa, the Villa Valmarana by Andra Paladio built in 1563.

Next is Boutcher. The English architect, Lim said, had introduced the simpler designs used today as a prototype for modern houses that no longer feature the Roman pediments, columns and porticos.

“His designs are simple, functional and beautiful,” Lim said.

One example of Boutcher’s architectural works is the manager’s house in Penang Turf Club along Scotland Road.

Craik’s work is more artistic and intricate, Lim said, and designed to ensure the structure receives plenty of fresh air and natural light.

The Scottish architect was a great fan of tropical hygiene — a set of hygiene guidelines for Europeans to avoid tropical diseases during that period — so his designs ensured that the mansions had plenty of fresh cool air flow.

He was the brains behind the butterfly-shaped Loke Villa fronting Gurney Drive. The unique shape of the villa ensures that fresh sea breeze flows into the house at all times. 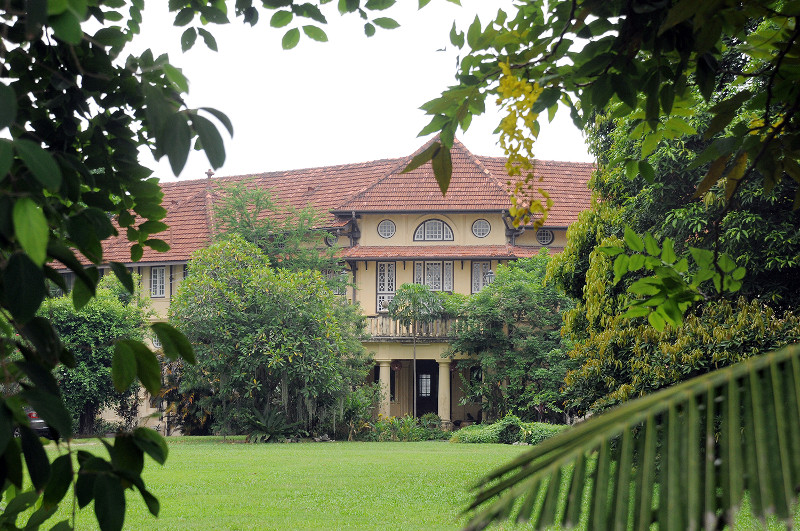 The Loke Villa by David McLeod Craik facing Gurney Drive is a butterfly-shaped design for maximum air flow from the sea.

“It was also a period when there was an English craze for the rustic countryside that included gazebos, colourful brick works, bridges and chimney turrets, so Craik’s architectural works will have details on the timber works, the artistic chimney pots and Gothic arches with columns like cathedrals,” Lim pointed out as he showed pictures of Loke Villa and also Craik’s residence, Moycraik, on Penang Hill.

Finally, Miller, is a British architect who reportedly introduced a combination of modern and classical designs. 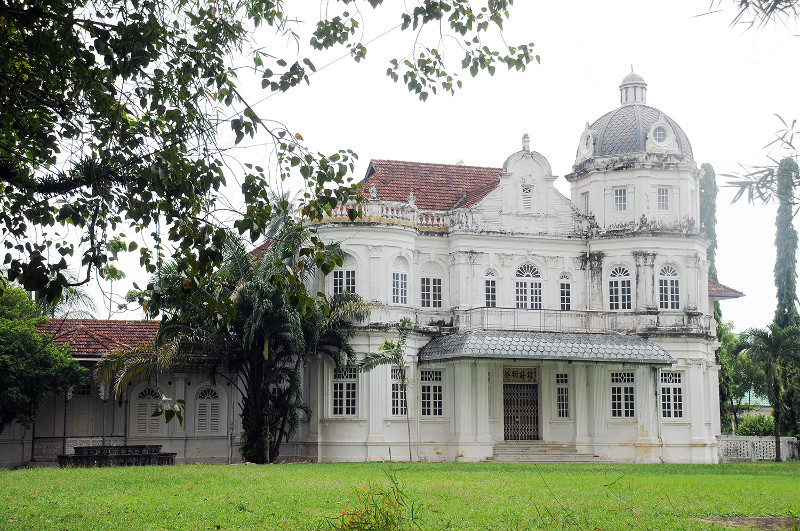 Woodville, that belonged to local tycoon Lim Lean Teng, also along the Millionaires’ Row of Northam Road, is an example of Miller’s “castle mansion”, a building that boasts grand towers.

Miller also designed York House, a design that marries both the classical and modern look with flat grand columns and flat roofs.

“These different architecture styles are what I call universal architecture, not exactly colonial, as the designs were adapted from the Romans by the British and we don’t have to travel far and wide to find such architectural gems as all of it are in Penang,” Lim said.

“The big five architects trained and inspired many locals to produce our own great local architects who also designed architectural beauties in Penang and Malaysia,” he said.

Lim is currently working on the second book to The Penang House which will feature talented local architects and their beautiful architectural designs.

The Penang House is now available for sale at most major bookstores and also at Areca Books.

The talk is one of the events line up for the whole of August in conjunction with George Town Festival. Find out more about GTF events at www.georgetownfestival.com.

Mixed fortunes of celebrities who leapt on NFT craze

Sabah CM says all is well with GRS-BN state govt