Briny, sweet and full of umami: The flavours of the sea dance in this shrimp and scallop congee

KUALA LUMPUR, April 30 — Growing up in a Cantonese household, dried ingredients were the backbone of much of my mother’s cooking. Be it dried shrimp or dried scallops, dried mushrooms or dried goji berries, there was always a suitable one for every dish.

Of course, the fact these food products were dried also meant that they were shelf stable and could be kept for a long time. It helped that they were used sparingly to imbue a dish with a depth of flavour that one couldn’t achieve with fresh ingredients alone.

Still, sometimes I wondered if we used so much of the dried variety simply because the fresh produce cost more.

(Which, now I am an adult, I realise isn’t always the case: some dried ingredients are far dearer than the fresh. The answer, as with so many things in life, is honestly: “It depends.”) 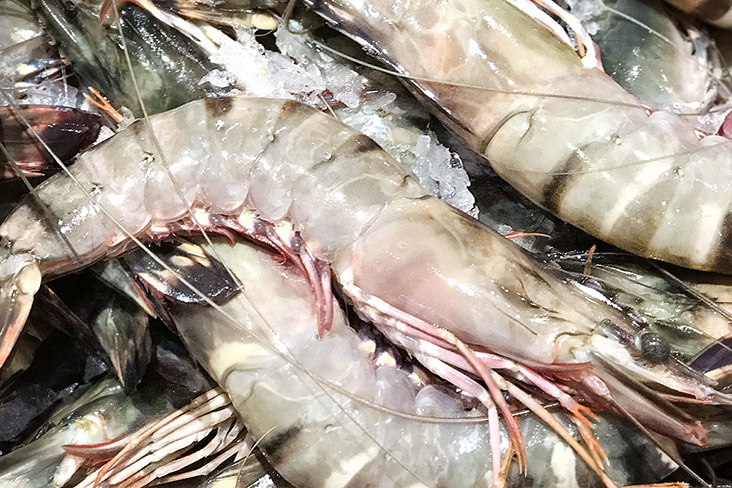 Fresh prawns (the shrimp in question) add the sweet 'top notes' to this congee.

This might explain why I have always found fresh foods, seafood in particular, to be a bit of a luxury. My father might wake up early to get the catch of the day that the fishermen just brought in (this could be at the wet market or simply outside someone’s house) and my mother would clean the fish and freeze most of it for future meals.

That sense of frugality yet wanting the very best for one’s family — I appreciate this so much now I have grown up and have to earn a living to provide for my family too.

Which makes that sense of splurging — not on oneself, but on one’s loved ones — still such a warm feeling. Akin to how the Grinch in Dr Seuss’s holiday classic found his heart growing three sizes; ‘tis always better to give than to receive.

This weekend, I’m offering a simple bowl of seafood congee as a way to show my love. To complement the layers of dried ingredients used (dried scallops and dried shiitake here), I feel like splashing out a little with fresh shrimp and scallops too. When choosing 'hotate' (fresh scallops), the bigger the better, as these delicacies shrink a lot with cooking.

These are the flavours of the sea: briny, sweet and full of umami.

Congee is also so very Cantonese, so it brings back so many fond childhood memories. Of my mother toiling away in the kitchen, of my father bargaining with the fishmonger, of how the plainest of ingredients can be transformed into a sumptuous meal.

It’s made with prudence and wisdom, a gentle economy and plenty of love.

I call this a Shrimp and Scallop Congee largely because it is descriptive but also because it sounds catchy. Honestly this dish is fundamentally a seafood congee, so feel free to add or substitute with other fresh seafood such as fish and clams. 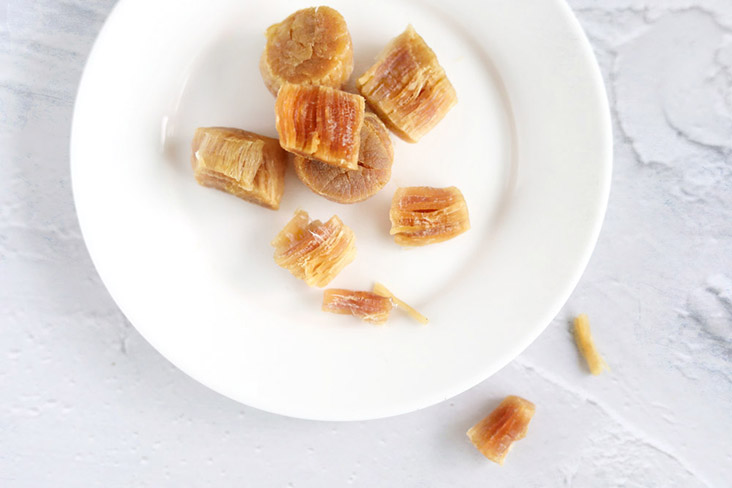 Dried scallops or 'gōnbui' form the backbone or 'base notes' with their deep umami.

The shrimp in question, in the name at least, refers to fresh prawns. These add the sweet “top notes” to this congee. I haven’t used dried shrimp here but that’s always an option.

When choosing hotate (fresh scallops), the bigger the better, as these delicacies shrink a lot with cooking. Here I’ve also included the dried version; dried scallops or gōnbui form the backbone or “base notes” with their deep umami flavours.

To layer the umami, we also add some dried shiitake mushrooms that have been rehydrated. This also helps to balance the final taste of the congee so that it isn’t entirely one-dimensional or overly briny.

The freshest seafood — some large prawns and meaty scallops — need only the most basic of seasoning. Therefore only some salt and white pepper will be required at the end of cooking, and even then used sparingly for the dried ingredients ought to make the congee savoury enough. 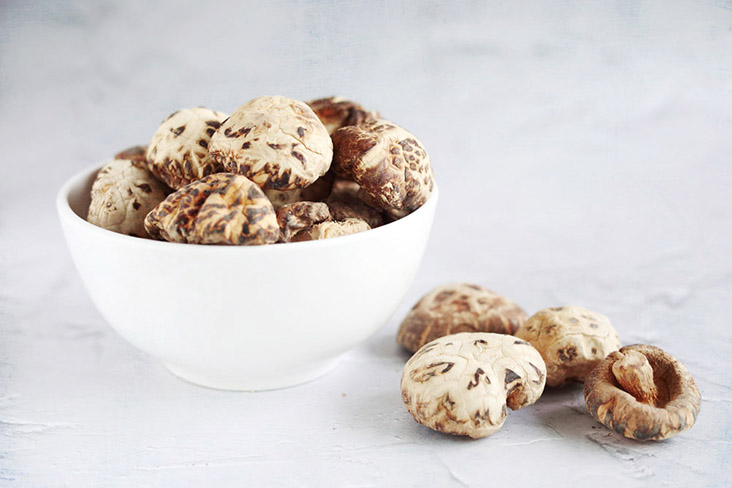 To layer the umami, add some dried shiitake mushrooms that have been rehydrated.

Indeed, though this is an easy, fuss-free recipe, don’t underestimate it. The flavours of the sea shall dance in this congee, and that intense taste promises to be another sweet memory to cherish in time to come.

Salt and white pepper to taste

Rehydrate the dried scallop and  dried shiitake mushrooms in some water, until the mushrooms have plumped up. Remove the mushrooms from the water and slice coarsely.

Fill a large pot with water. Shred the rehydrated dried scallops into the pot by hand. Add the sliced mushrooms, frozen cooked white rice and ginger to the pot. Bring it to a boil.

Once it has reached a boil, reduce the heat to a simmer once more and continue cooking for another 40 minutes or until the congee reaches your desired consistency. 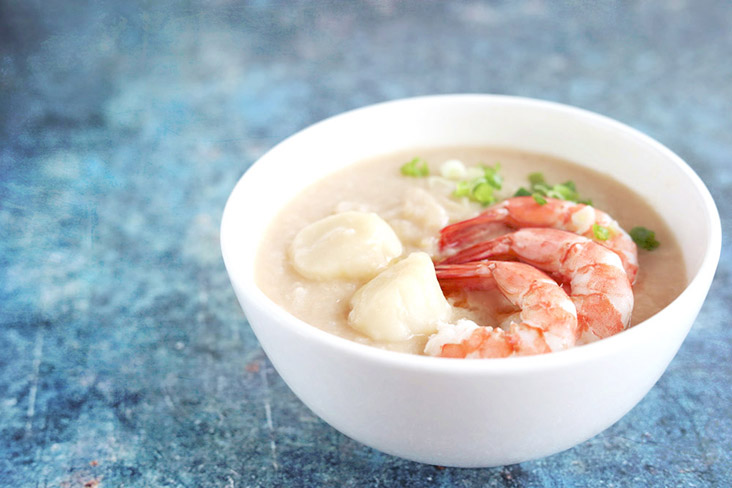 The flavours of the sea dance in this congee.

A few minutes before turning off the heat, add the fresh prawns and scallops to the pot. These should cook quickly so watch them closely to make sure they do not overcook.

Taste the congee at this point and adjust the seasoning with salt and white pepper as necessary. Turn off the heat and ladle into bowls.