The little Perakian that could: From selling ‘chee cheong fun’ online to opening her own shop in Taman OUG

As is the smile of the friendly shop owner. Would we like some lor bak or chee cheong fun? (Would we? We would!)

That tiny eatery takes up only half a lot along the bustling Taman OUG row of shophouses. Its name is diminutive – The Little Perakian – while promising something far more ambitious: the taste of Perak.

As slogans go, that’s pretty audacious but owner Carmen Meng has the plaudits to back her up. A native of the Silver State, Meng first plied the deep-fried goodies she grew up with when she started as MengTong.Co, an online, delivery-based food business that launched in July last year. 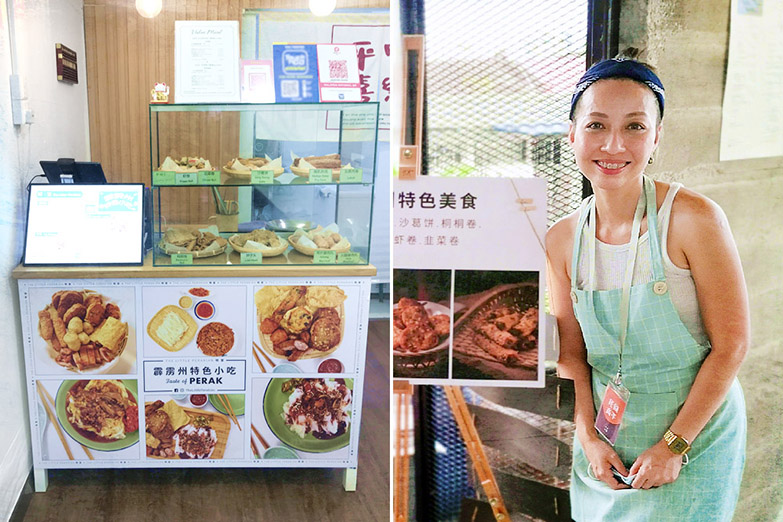 Drop by The Little Perakian in Taman OUG where owner Carmen Meng will happily recommend some of her hometown treats.

She shares, “My partners and I got the idea for starting our home-based business during the first lockdown. Being stuck at home like so many others, we began to really miss the flavours of our hometown, especially Perak-style chee cheong fun and lor bak.”

Deciding that others must feel the same, the fledgling business offered a plethora of delectable Perakian favourites, from irresistible prawn rolls (xiā juǎn) to lesser-known ham meatballs (huǒtuǐ wán).

Even their chee cheong fun was slightly different from the typical sort we’d find in the Klang Valley, from a savoury mushroom sauce version to a startlingly red sweet sauce. A mix of both sauces remain a signature and what Meng personally recommends. “There was a bit of adjusting required,” Meng shares. “For instance, a true-blue Perakian would not say lor bak but call it ‘liew’. But it’s easier to label it lor bak as that’s what folks in KL are familiar with.”

Customer feedback was also crucial to sustaining their brand once the initial novelty period was over. One such result was them introducing a third sauce for their thin, slurp-worthy rolled rice noodles: who can say no to curry chee cheong fun after all?

It was, and is, an effective business strategy. So much so that Meng soon found it challenging to keep up with increasing orders.

She explains, “Because MengTong.Co was a home-based business, we could only take pre-orders. It was basically a one-leg-kick operation as I had to take the orders, make the food and do the deliveries myself!” 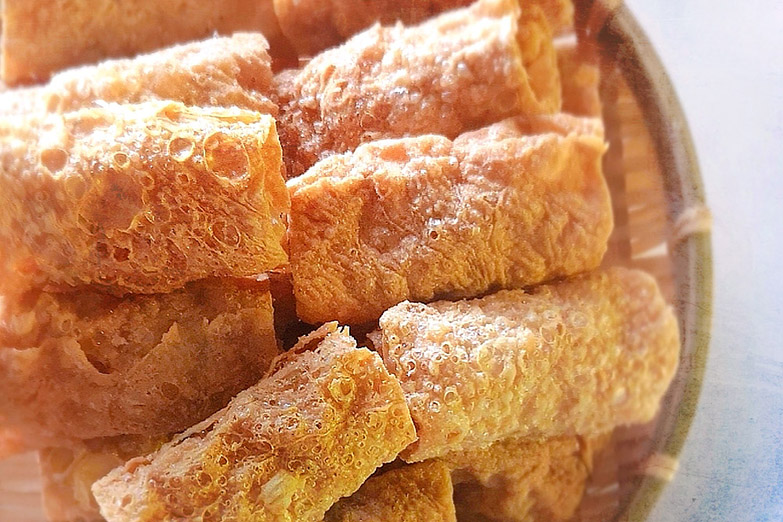 There’s nothing quite like the crunch of freshly fried beancurd rolls ('tóng tóng juǎn'').

Some F&B (food-and-beverage) businesses scale up too soon, before there is proof of concept or sufficient demand. Meng, who initially juggled a full-time job in sales and marketing while running MengTong.Co with her partners, had been waiting for the right inflection point.

“Eventually I realised it made more sense to get a proper shop lot so customers can drop by and get their orders when they feel like it, without having to make pre-orders,” she says. “There’s nothing like eating lor bak and chee cheong fun fresh from the kitchen, right?”

If the crackle and wafer-thin shattering of their crispy beancurd rolls (tóng tóng juǎn) is any indication, then yes, the fresher the better.

Other treats include the signature lor bak (which is known as wǔxiāng ròu juàn in Mandarin or “spiced meat roll”), crab stick rolls (xiè liǔ juǎn) and chives roll (jiǔcài juǎn). Everything is made fresh daily, which is part of the draw as regulars know they aren’t getting frozen foods that are merely reheated.

Drop by the shop and Meng will happily suggest which of her hometown treats might suit your palate the best, from the memorably named “lion head” (shīzi tóu) to their salty (rather than the more commonly sweet tasting) sengkuang cake (shā gé bǐng).

She adds, “One of the most popular additions to our menu is our deep-fried namyu pork. That preserved beancurd flavour isn’t too strong, just nice. Also, our red sweet sauce chee cheong fun goes very well with the fried snacks. Of course, some liongcha balances all that fried food.”

Meng’s former career in sales and marketing also means she has a knack for seasonal promotions. During Chinese New Year, she came up with packages with auspicious names such as the Abundance Set (Wǔfú Línmén) and the Prosperity Set (Bā Xīng Bàoxǐ).

For Christmas, Meng has designed a couple of festive packages, perfect to take home as party snacks. The Jingle Set is designed for four to six people, with favourites such as “lion head”, crispy beancurd and deep-fried namyu pork. The Jingle Set is designed for a Christmas party of four to six people.

One doesn’t need a reason to celebrate, however. By the time we leave, my friend has already purchased a selection as teatime snacks for his family. Another regular dropped by, having called ahead, for her impressively hefty, party-sized order.

It’s truly heartening to see how a startup, especially in the competitive F&B industry, can grow so much in less than a year and half – from something that was purely online and delivery-based to now a brick-and-mortar space.

Like the tenacious engine that pulls a long, heavy train over the mountain in the 1930 children’s classic The Little Engine That Could, this shop is the result of Meng’s hard work and a constant “I think I can” attitude. Consider this The Little Perakian That Could, if you will. Have a complete Perakian meal by enjoying your 'lor bak' and 'chee cheong fun' with some homemade 'liongcha' (herbal tea).

Meng still falls back on her earlier pledge – “We wish to introduce more of Perak’s food to others” – that she made when she first started. She is well on her way to being the best sort of ambassador with The Little Perakian, by delighting our taste buds and warming our hearts.