KUALA LUMPUR, March 13 — Frugality isn’t about making do. It isn’t about a meagre way of living or surrendering to scarcity.

Quite the opposite, really. Being frugal could be a path towards abundance.

Take the Case of Too Many Blueberries To Finish Before They Go Bad. Inevitably this will be due to a recent grocery runs where there is a 2-for-the-price-of-1 promotion for punnets of fresh blueberries.

We congratulate ourselves on our prudence in shopping and cart these beauties home, put them in the fridge and promptly forget about them until one day, we happen to look inside the fridge again and discover...

Too Many Blueberries To Finish Before They Go Bad.

(I know, I ought to write a children’s book with that title. Just the right tinge of horror, no?) Make use of whatever berries you have on hand, such as blueberries or raspberries.

On better days, we would have frozen one punnet of blueberries to use in smoothies or for making superberry sorbets at a later date. But we are rushed and stressed out often enough that a bunch of sorry looking, nearly dried out berries is a sight that we are becoming more familiar with, much to our dismay.

This is why our ancestors (or the ancestors of our friends in more temperate climes, to be precise) invented jams. Marmalades. Preserves. Chutneys. And whatever “fruit leathers” are supposed to be.

My favourite way of preserving fruit is by making compote, because it is easy and forgiving. Originating from medieval era France, its name in French — compôte — means “mixture” which is exactly what it is: a blend of fruit, sugar and spices cooked in water or other liquids.

It’s a great way to avail yourself of less-than-fresh berries (that haven’t quite gone bad yet, so why waste them?), and perhaps some leftover frozen berries that you wish to use to free up space in the freezer. 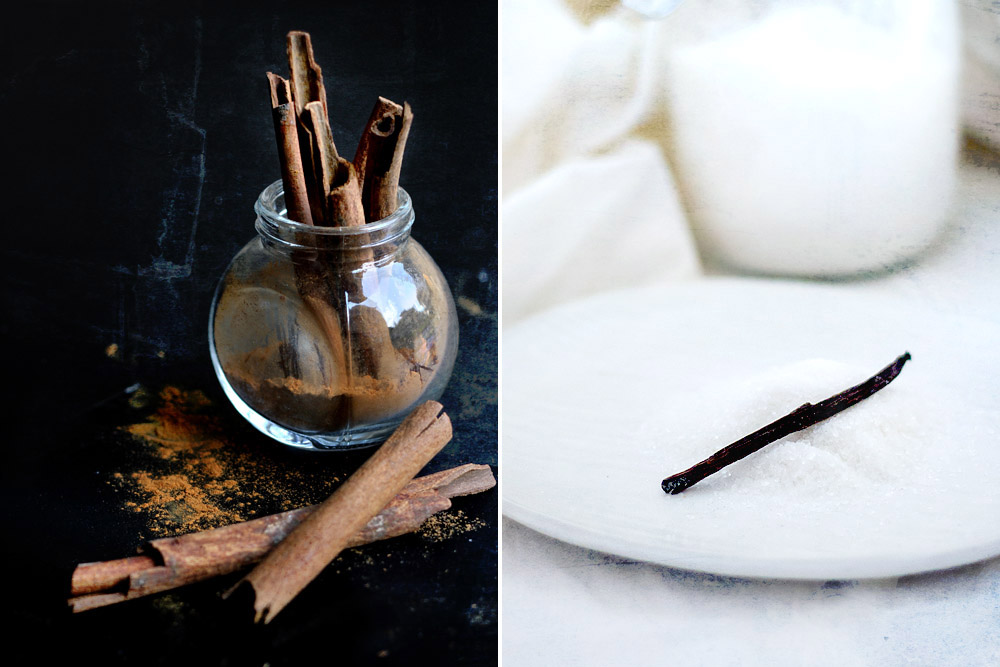 Add in some heavenly notes — floral vanilla, earthy cinnamon sticks and the surprising inclusion of black pepper (just a hint, and no more!) — and what you will have is pure pleasure.

A vanilla spiced berry compote that is oh so easy peasy to make. Why, you simply throw everything together in a small pot, and stir and simmer, and before you know it: sheer bliss by the spoonful.

Use any berries you have on hand. Here I have used a mix of blueberries, raspberries and strawberries. Some are fresh (albeit a little past their best), others are frozen. If using the latter, no thawing is needed; you can throw them into the pot straight from the freezer. 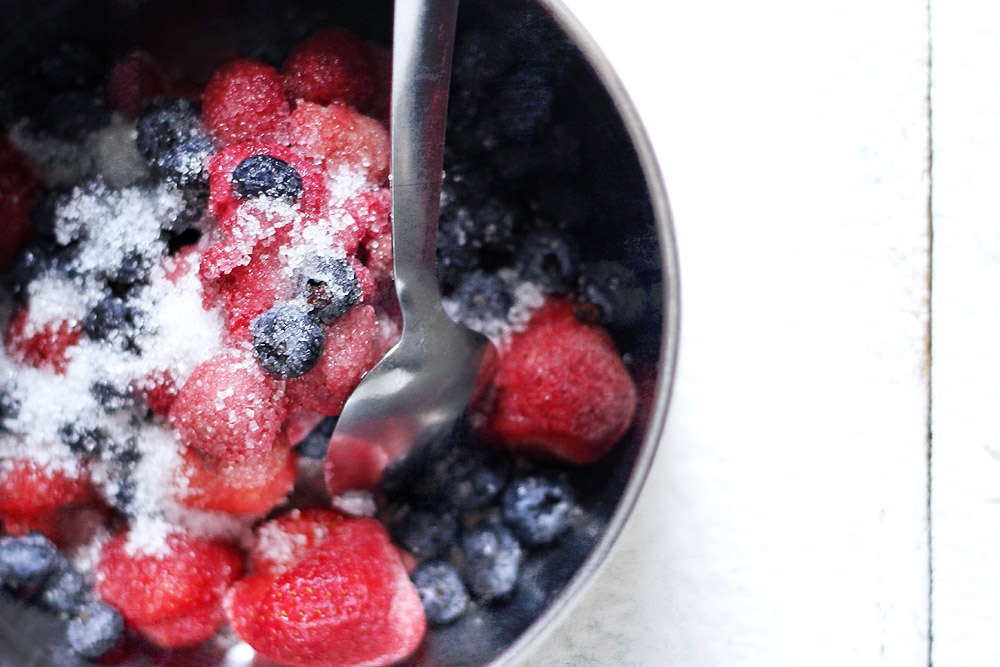 Easy peasy: Throw everything together in a small pot.

Berries contain more moisture than we realise, so rather than cooking it in water or a sugar syrup, I prefer adding freshly squeezed lemon juice to get things started.

You can always add a splash of water later if it’s too dry. The lemon juice adds a nice acidity, which helps stop bacterial growth.

Rather than use plain sugar, I prefer some homemade vanilla sugar — basically a vanilla pod that has been scraped clean (used elsewhere for a more luxurious dish) and placed inside a jar of caster sugar.

After a few weeks, the sugar will be infused with the vanilla’s subtle, floral fragrance. It’s less brash compared to commercial vanilla extract, though I would use that too — just a drop or two — with the same amount of plain caster sugar. 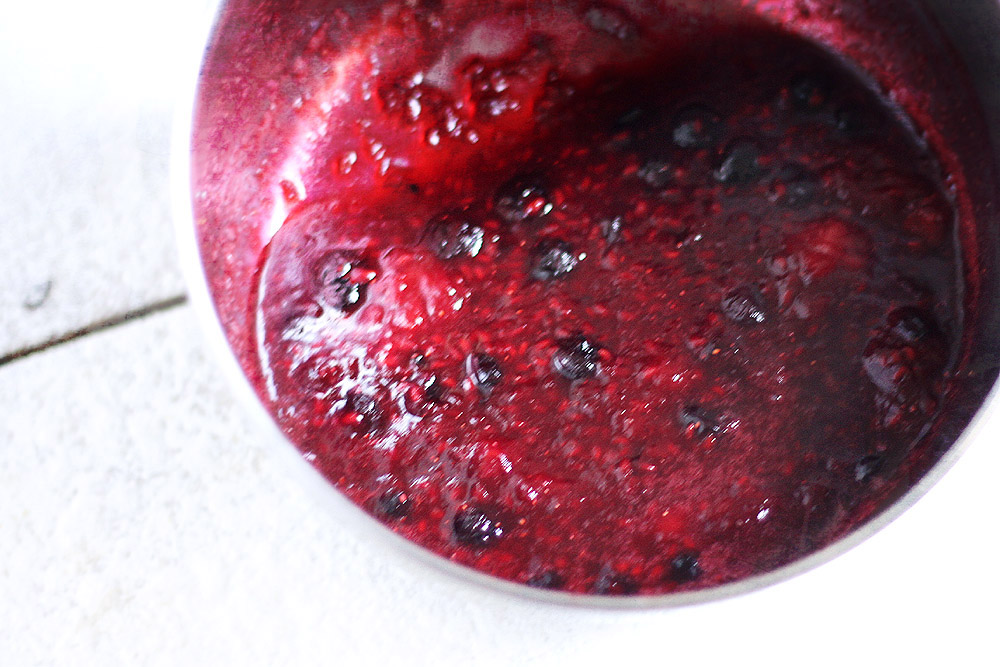 All the cooked compote to cool down before using.

You may play with spices – nutmeg and cloves are two other popular options to add to compotes — but I like the pairing of cinnamon and a smidgen of freshly ground black pepper here. Don’t worry, the resulting compote won’t taste spicy or savoury but its flavours will shine all that much brighter. 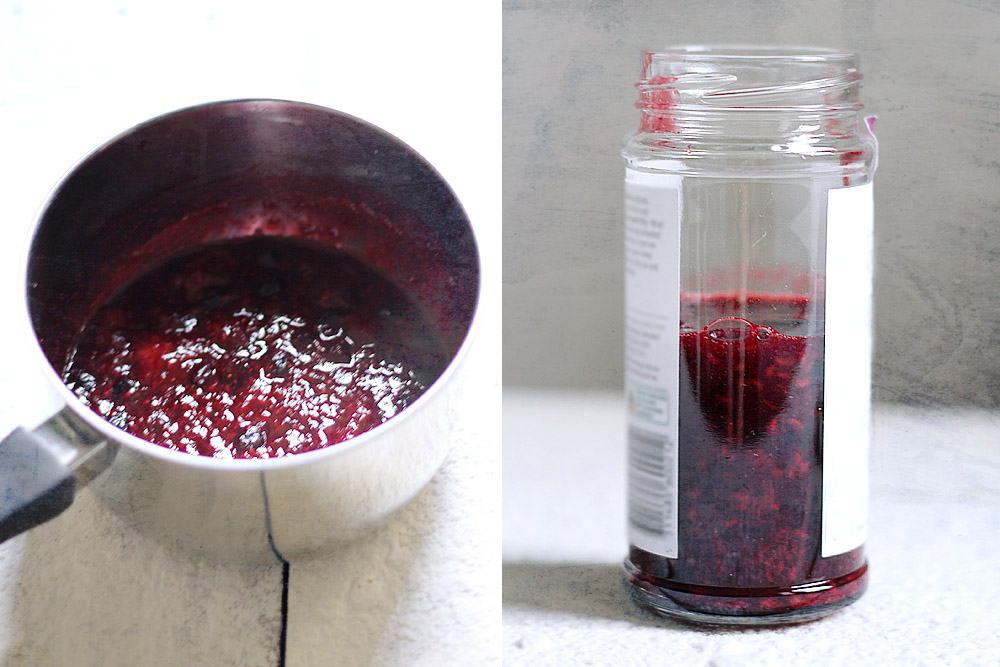 Transfer the cooled down compote into a sterilised bottle.

Put the mixed berries, lemon juice, vanilla sugar, cinnamon and freshly ground black pepper in a small pot over medium heat. Gently heat it till the sugar dissolves, mashing some of the berries along the way to release their juices.

Once the sugar has dissolved, bring the mixture to a simmer. Turn the heat off and cover the pan, allowing it to cook in the residual heat for five minutes. 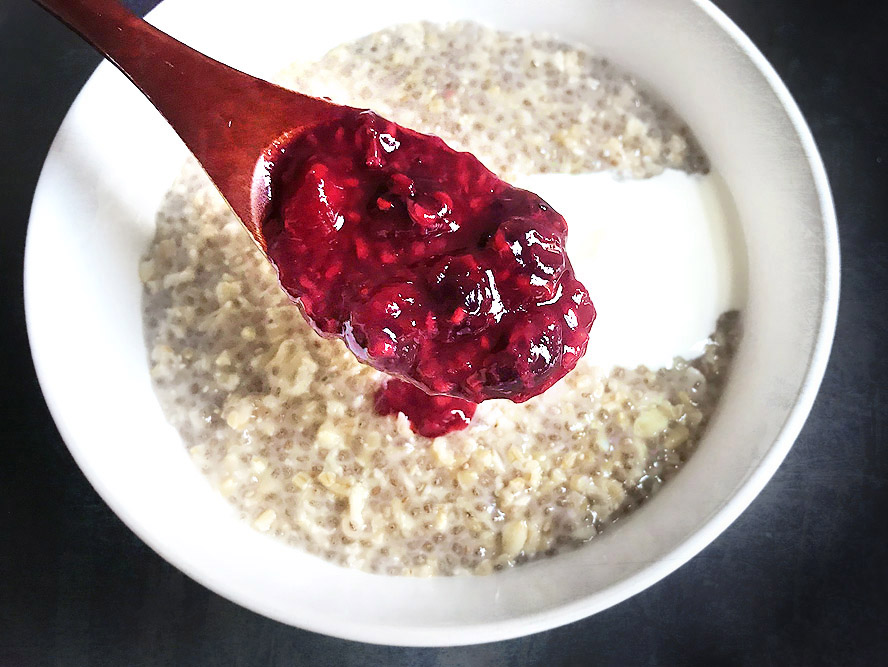 Try spooning the compote over oats and yoghurt.

Remove the half stick of cinnamon. Allow the compote to cool before transferring into a sterilised jar or bottle with airtight lid. You may store this compote in the fridge for about a week, so try making small batches as the compote is free from artificial preservatives.

Serving suggestions: Spread it on toast or as a topping for oats and yoghurt.