Hurry to Seoul’s soju tents! May the party never end

Two customers enjoy a summer night at a soju tent. — Reuters pic
Follow us on Instagram, subscribe to our Telegram channel and browser alerts for the latest news you need to know.
By By Dave Hazzan (Zester Daily)

SEOUL, Sept 7 — Soju tents once dotted the Korean landscape like craters on Mars. Usually made of red or orange tarpaulin, they filled every empty lot, squatted slum, and busy thoroughfare in the country.

Heated by portable propane stoves in the winter, open to the elements in the summer, soju tents were where busy Koreans could get a bottle of soju — a clear Korean spirit, similar to vodka — and a plate of chicken gizzards, steamed squid or fresh fish, and still be outside. The Korea Tourism Organisation describes them as “the place for common folk and ‘salarymen’ to go to relieve the stresses of life.” 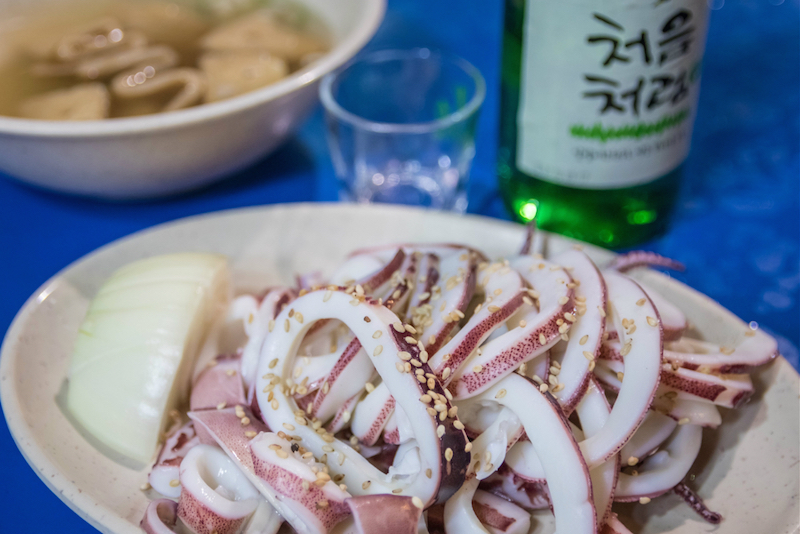 Steamed squid, with a bottle of soju and a bowl of odeng — fish cake — soup behind it, at Eun Joo Hee soju tent. — Reuters pic

But the soju tent, or pojangmacha as its called in Korean, is dying. There are far fewer than there were even 10 years ago, as city governments try to clean the streets of Korea’s Third World past.

“Most (soju tents) are considered illegal, as they operate without the approval of land use, according to the Road Act,” according to a spokesman from the Seoul’s city government. “The Seoul Metropolitan Government is currently pursuing policies for (soju tents) on streets, considering the fairness of already approved food service restaurants and sanitation control, since all of these food carts are unapproved services.” 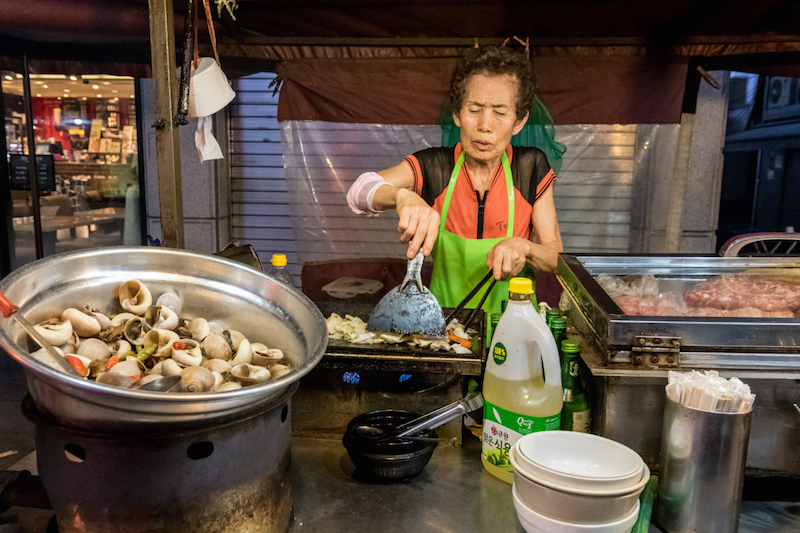 Not all of the soju tents are unapproved, though. On a side street in the central Jongno district of Seoul, a series of five soju tents fills up the sidewalk, each one with a business license encased in plastic. In each of them, an owner, usually an elderly woman, prepares side dishes and hands out bottles of soju and beer to customers.

“There used to be problems with the police or the (city) office, because it was illegal to do this,” says Kim Il-sun, who has run Auntie’s Soju Tent, or some version of it, for over 40 years. “Because it was illegal, I couldn’t use the sidewalk and we had to do it out on the road. But since the city has given us permits for our ‘cultural presence,’ we can do it on the sidewalk, on condition we don’t expand too much and we keep it clean.”

It’s the “cultural presence” that has granted some soju tents a break from the regular bust-ups and shutdowns that affect other tents. Korean dramas, extremely popular throughout Asia, regularly feature characters getting drunk at soju tents. As a result, they all want to try it out for themselves. 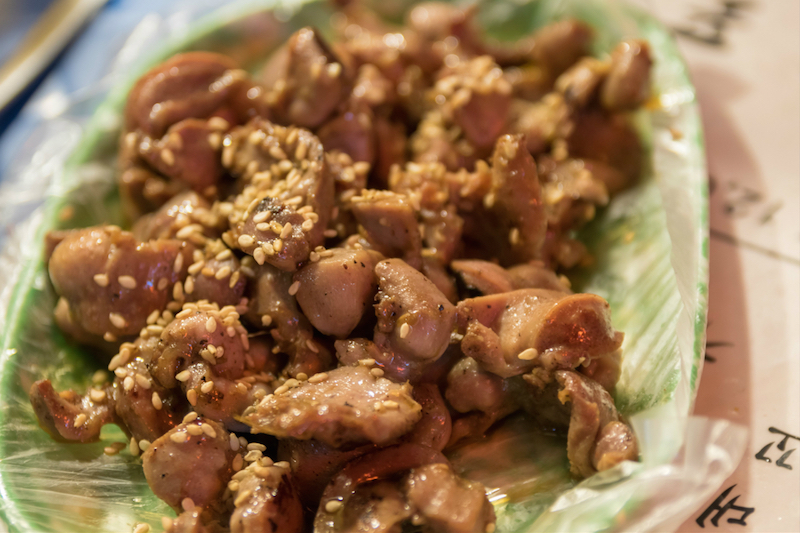 “They’ve become very popular because of modern media,” says Daniel Gray, who runs food tours throughout Seoul. “The dramas always show people drinking at these places late at night, and so it’s kind of embedded itself into the social psyche.”

Tourists regularly ask to visit them, though they’re often put off by the food. “Things like chicken feet, gizzards, that sort of stuff, it’s a little bit too foreign for a lot of visitors,” Gray says.

Gray has noticed a precipitous decline in the number of soju tents since he first moved to Korea 11 years ago.

The government “thinks of them as eyesores,” Gray says, and shutdowns would often come before big international events, like the 1986 Asian Games and 1988 Olympics. For a decade following the Olympics they had almost completely disappeared, but after the 1997 Asian financial crisis, they came back with a vengeance as millions of Koreans lost their livelihoods and took to doing whatever they could to survive.

“And they still routinely have shutdown periods, where the police will come through and (take them down), but they will go back up,” Gray says. “They have to do it routinely because they’re very hard to tax. They’re (almost) all illegal.” 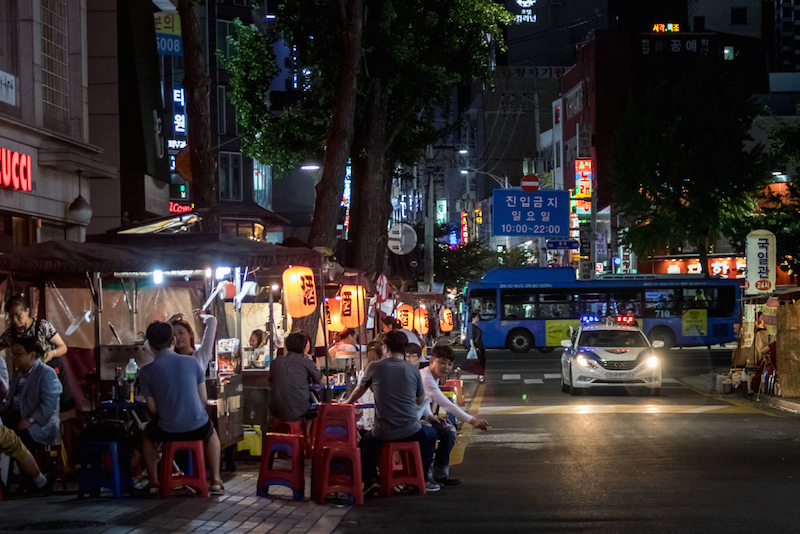 Police used to shut down soju tents, but the city government is now allowing them through a more generous permit process. — Reuters pic

Eun Joo Hee is another elderly lady who runs another legal soju tent in Jongno. She says she used to have “a lot of trouble” with the police, drawing out the emphasis on “a lot.” But today, her biggest problem is just attracting business.

“I don’t know why people don’t come here, but I’ve been getting fewer and fewer customers,” she says. “There are so many soju tents that have gone.”

But it isn’t terrible everywhere. Down the street at Mokpo House, every table is full of customers. “It’s now legal to have a soju tent, so they’re not going to disappear,” says Om Jang Nom, a middle-aged Korean customer. “Inside has its own fun, but a soju tent has its own special atmosphere.” — Zester Daily/Reuters