Both models have gone through redesigns on its exterior and interior features and both models are assembled according to Peugeot’s global quality standards.

On the exterior, the two SUVs feature a new frameless grille at the front with gloss black side scoops and a painted treadplate integrated with the new bumper design.

The front headlights which feature LED technology with cornering lamps have also been redesigned to look more aggressive. Both models are equipped with the 1.6L Twin Scroll Turbo High Pressure (THP) engine, which delivers a robust 165 horsepower and 240 Nm of torque.

Meanwhile the turbocharged engine is paired with a quick-shifting, six-speed automatic transmission and a 2WD drivetrain.

Both models will have the Peugeot digital i-Cockpit technology which consists of a 12.3-inch digital head-up cluster display, a compact steering wheel for improved driving dynamics and a 10-inch capacitive touchscreen colour display.

New to both models is the wireless smartphone charging located at the center console.

Key differences between the two models on the exterior are the rear body shape, rear doors, windows and rear hatch.

On the inside, the 5008 can fold and remove its third-row seats, while the second row has a rear air vent blower control switch and two extra storage compartments on the floor area and the center console storage volume is bigger for the 5008.

An advanced grip control is also equipped on both models which allow more optimisation of the traction control system with five grip modes along with Hill Assist Descent Control (HADC) which allows perfect vehicle control on steep slopes. 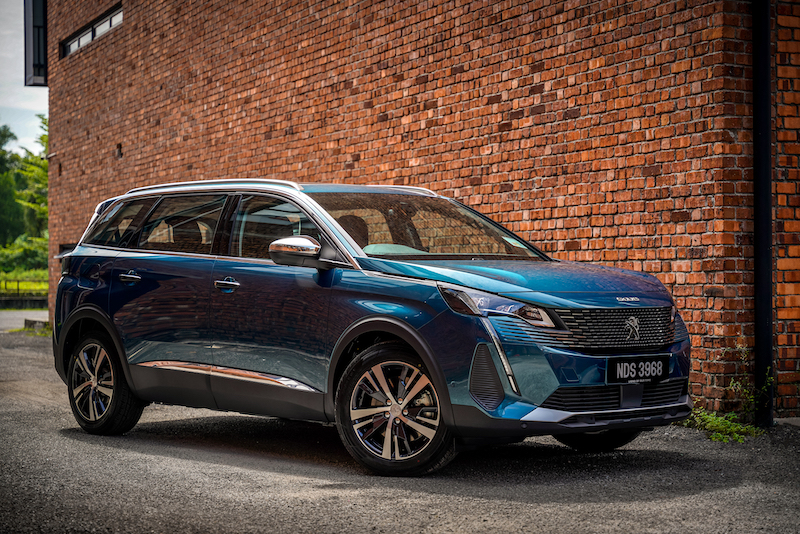 Both models will be available in the sole Allure trim and both prices are inclusive of the sales tax exemption, which has been extended to June 30, 2022.

Included in the price is a five-year or 100,000 km manufacturer’s warranty (whichever comes first), as well as three-year or 60,000 km free service maintenance

Both models which were manufactured at the Gurun plant have undergone specific endurance and quality testing where the vehicles have endured 300,000 km of testing in Malaysia’s diverse climate and environmental landscape.

Stellantis, which also owns 13 other car brands including Fiat, Citroen and Maserati, is focused on achieving world class manufacturing in Gurun by building high quality, Malaysian produced vehicles for the region.

Their manufacturing plant in Gurun is currently handling body welding, paint and assembly with 50 per cent of the total car value is Malaysian including the body (in white), seats, tyres and battery.

The Malaysian-produced 3008 and 5008 will also be exported to Thailand, Indonesia, Philippines, Myanmar and Cambodia. 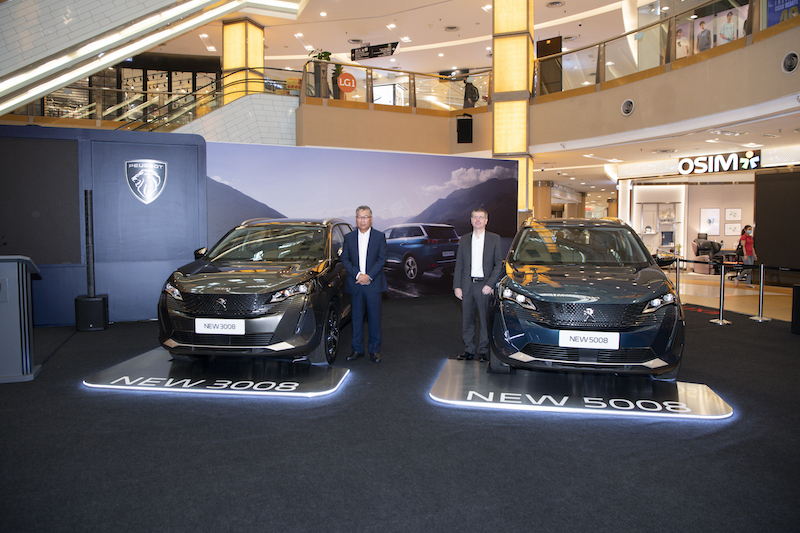 According to Stellantis senior vice president for the Asean region, Christophe Musy, Stellantis have also invested a sum of £30 billion (RM168 billion) through 2025 in electrification and software.

This is also in par with their commitment in reducing carbon dioxide (CO2) emission from their vehicles and factories.

“We cannot ignore what is going on with climate change, we’re not only a big industry, we’re also citizens, we’re committed to contributing to the improvement of the CO2 emission in the world, we’ve taken a lot of measures for that.

“We are taking steps every year in order to become carbon neutral and reduce the emissions in our factories, if you take for example our factories, most of them today are autonomous from electricity production to solar panels and so on.

“The cars that we’re producing are going to be more CO2 efficient and at the point of time, zero emission.

“But not only that, we’re also working on making the whole company become less and less CO2 emission maker,” Musy told Malay Mail.