SEPT 19 — Minister in the Prime Minister’s Department (Parliament and Law) Wan Junaidi Tuanku Jaafar was reported to have said that the government was still studying the implications of the proposed separation of powers between the Attorney General (AG) and the Public Prosecutor (PP).

He further said that although many other countries, including Commonwealth countries, have done this, the proposal was not easy to implement as it would involve amending the Federal Constitution and existing legislation as well as costs that required additional government spending.

“We also don’t know how many million is needed a year to finance this matter,” he told reporters in Kuching on September 4. 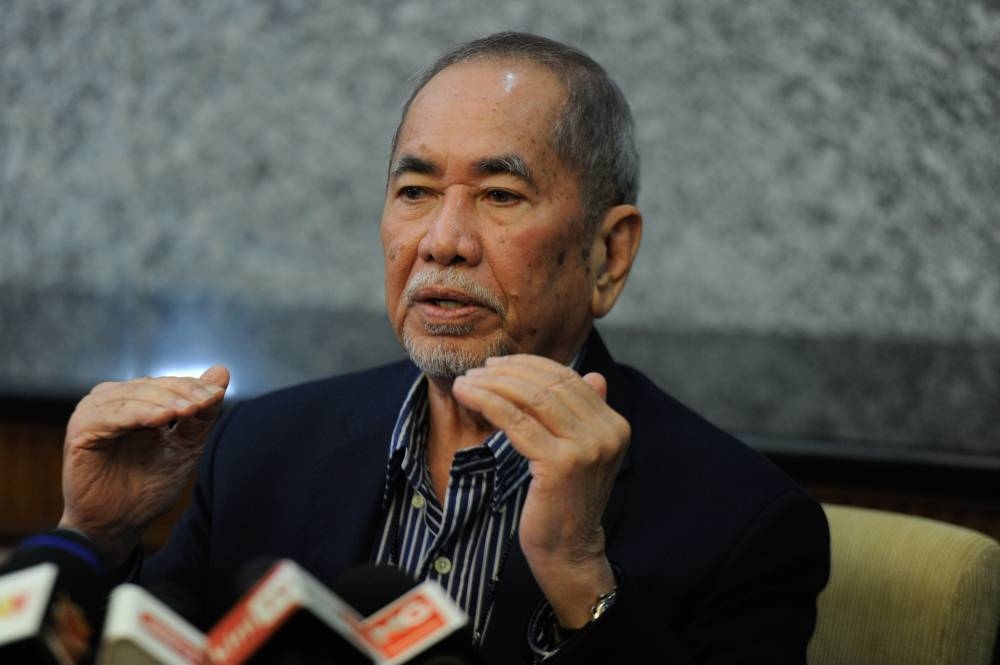 Minister in the Prime Minister’s Department (Parliament and Law) Wan Junaidi Tuanku Jaafar was reported to have said that the government was still studying the implications of the proposed separation of powers between the Attorney General (AG) and the Public Prosecutor (PP). — Picture by Shafwan Zaidon

While he personally supported the proposed separation of powers, the minister said that a comprehensive study was needed before any decision was made.

But it has been more than a year now since his predecessor, Takiyuddin Hassan, issued a statement that the government was in discussion about the possibility of separating the roles of the AG and the PP. The government, according to Takiyuddin, was comparing with other nations to find a suitable solution for the country.

It was not the first time that Takiyuddin addressed the issue of separation of the two offices. In November 2020, in response to a question from Shah Alam MP Khalid Samad on separation of the roles of the AG in the Dewan Rakyat, he had said as follows:

So, has the Cabinet received the MJM? Is a comprehensive study still needed, when a number of studies has also been done in the past years on the separation of the two offices?

Last year, the Coalition for Clean and Fair Elections (Bersih 2.0) commissioned a report entitled “Reforming the Office of Attorney General and the Judicial & Legal Service in Malaysia”. The report highlights the lack of constitutional safeguards in the combined offices of the AG and the PP, which has led to selective prosecutions and the unequal enforcement of the criminal law in Malaysia.

In 2016, the Institute for Democracy and Economic Affairs (IDEAS) published its Policy Paper No. 34 entitled “Separating the Attorney General and Public Prosecutor: Enhancing Rule of Law in Malaysia”, making a case for separating the two roles and making recommendations to improve rule of law in the country with regards to the AG and the PP based on best practices abroad.

I have also alluded to two countries with some form of separation between the two roles. (See “Models for separation of AG’s roles“)

I wish to add that Australia, which is a common law jurisdiction, may be looked at as well. The Australian AG is a Member of Parliament, appointed by the Governor-General under the Commonwealth Constitution, on the advice of the Prime Minister. He is known also as the first Law Officer. By convention, the Australian AG is a lawyer and has the role of principal legal adviser to the Commonwealth or Federal government. Australia, like Malaysia, is a federation.

Under a federal law called the Law Officers Act 1964 (LOA), some powers of the Australian AG are delegated to other Law Officers. For example, the Solicitor General (SG) is designated as the second Law Officer and is to act as counsel for the Commonwealth and its emanations, to furnish opinions on questions of law referred to him by the AG and to perform such other functions as the AG (Section 12 of LOA).

While the CDPP is part of the Australian AG’s portfolio, the office operates independently of both the AG and the political process. Notwithstanding that under Section 8 of the DPPA, the AG has the power to issue directions or guidelines to the CDPP, the AG must consult with the CDPP before issuing directions. Any directions or guidelines must also be in writing and tabled in the Australian Parliament (Section 8 of DPPA).

The CDPP is bound by any directions or guidelines issued by the AG. Since the CDPP was established and up to 2019, seven directions have been issued. (See Office of the Director of Public Prosecutions Annual Report 2018–19 available here.

The office of the CDPP has its origins in the United Kingdom (UK) in the 19th Century, which has since evolved. The current office of Director of Public Prosecutor (DPP) in the UK was created by the Prosecution of Offences Act 1979 (POA). The DPP is the head of the Crown Prosecution Service (CPS) in England and Wales. The DPP is appointed by and responsible to the AG but is independent of the government.

So is the Director of the Serious Fraud Office (SFO), a specialist prosecuting authority tackling the top level of serious or complex fraud, bribery and corruption. The SFO was created and given its powers under the Criminal Justice Act 1987 (CJA) and was established in 1988.

The SFO is superintended by the AG in accordance with a protocol which sets out the relationship between the AG and the Law Officers of the CPS and SFO.

In Malaysia, it is important to note that the Federal Constitution expressly provides that the AG “shall have power, exercisable at his discretion, to institute, conduct or discontinue any proceedings for an offence, other than proceedings before a Syariah court, a native court or a court-martial” — Article 145(3). A similar provision is absent in the Australian Commonwealth Constitution. The UK has no written constitution.

A delegated authority of the AG can be found in the Federal Constitution itself. Section 40A of the Eleventh Schedule provides that the SG may perform any of the duties and may exercise any of the powers of the AG. It is also provided under Section 376 of the Criminal Procedure Code (CPC) that the SG shall act as the PP in case of the absence or inability to act of the AG.

However, the SG is not independent of the AG. The SG is part of the Attorney General’s Chambers (AGC) and is responsible to lead, supervise and monitor the Litigation Sector and the Management Division on behalf of the AG. The Litigation Sector in the AGC consists of the Prosecution Division, the Appellate and Trial Division, the Civil Division and the Special Litigation Unit. (See https://www.agc.gov.my/ on Solicitor General of Malaysia and organisational chart of the AGC)

Alas, an independent MACC with prosecutorial powers that would not be in contravention of the Federal Constitution.

Similarly, if a recall law, which would allow voters to decide whether the crossing of the floor by an MP in their respective constituencies was acceptable to them, could be drafted by proponents of anti-party hopping law sometime back, there is no reason why a federal law for the creation of the office of DPP could not.