JUNE 15 ― Over the recent month, congestion has led Klang Valley commuters to revisit the discussion of public transport. Part of these discussions concluded in calls for an expansive metro network that covers all edges of the Klang Valley.

With public transport, the focus on rail infrastructure has left discussions of the first-last mile behind. First-last mile is often understood as bus services, but it also includes pedestrian-access and micro-mobility options such as scooters and bicycles. Governments, both state and federal often dismiss first-last mile infrastructure because it is not deemed impactful as a rail development project. 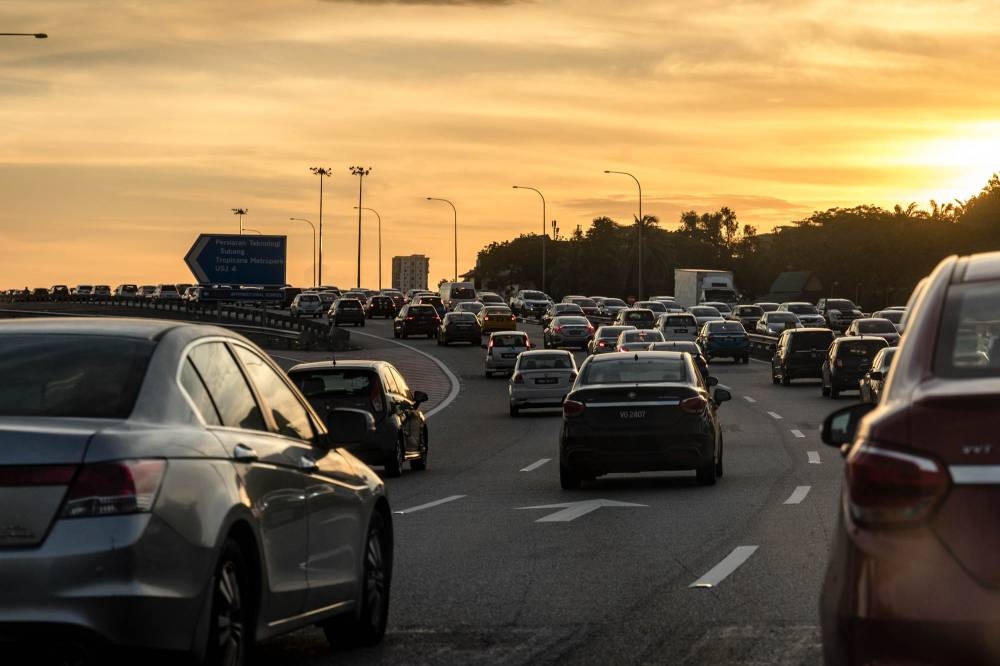 An evening traffic jam along the Federal Highway in Kuala Lumpur. ― Picture by Firdaus Latif

Buses get a bad reputation because they’re unreliable; often late and get stuck in traffic. Another gripe: why would one walk under the hot sun or in rain, to get to the closest bus stop? Why cycle or take a scooter on pedestrian pathways that are broken? These are the many obstacles that discourage users from using public transport. The issue of the first-last mile is fundamental but often ignored.

Proof of this is how over the pandemic, RapidKL axed several feeder bus routes, citing low ridership and high operational costs. The government so far has been enthusiastic to discuss the funding of capital expenditure for big-ticket projects but has been opaque on funding the operations of bus services. This is a stark contrast to Singapore, which a few years ago, allocated US$1.1 billion (RM4.86 billion) to improve its bus network and subsidise bus operations.

In my years of urban transport research, I have spoken to elected representatives who share that their constituents would rather have a door-to-door metro service as opposed to well-run feeder bus services. As an ADUN once confided, “building a train alignment and lobbying for it to enter into your area is expensive!”. But as the government mantra goes: development is justified at all costs. Even if more cost-effective and efficient options are available.

Many who sing the virtues of trains speak highly of London and Tokyo. While these cities run a first-class expansive metro network, they also have a well-designed and meticulously planned first-last mile infrastructure. Public transport in cities like London and Tokyo is easy to adopt because they are accessible.

Pedestrian access to the closest bus stop or train stations in those cities is possible without battling cracked sidewalks or mismatched elevations. The use of bicycles and scooters is encouraged, with special lanes dedicated to their use. You would be hard-pressed to see dedicated bike lanes being occupied by errant drivers or motorcyclists who use them for parking. Malaysians who go to these cities and praise the metro system there often fail to acknowledge that their experience is enhanced greatly by “invisible” first-last mile infrastructure.

In the Klang Valley, accountability for the maintenance of first-last mile infrastructure is a game of passing the buck. Does the maintenance of broken escalators, dilapidated bus stops or broken pavements fall under the purview of the local council, building owner or public transport operator? The chain of responsibility is unclear and even after the public is given an explanation ― the issue persists. I have been informed, for example, that the MRT Stadium Kajang has gone unfixed for months now despite repeat complaints from users.

Finally, the place of micro-mobility modes in the urban transport landscape. For years now, cyclists are ridiculed, with many terming them “hobbyists” and taking up road space entitled to road-tax payers. Cycling is a dangerous affair in the city, and even when local councils carve out cycling lanes in the form of obligatory blue paint ― such efforts are half-hearted. In areas such as Klang, Kampung Pandan or Bandar Saujana Utama, dedicated cycling lanes are just blue paint on an existing road with no safety barriers. The road space remains the same, and both cyclists and private vehicle users now share tighter space. This half-hearted measure makes cycling more dangerous.

While the Minister of Transport’s announcement of banning micro-mobility off roads had the right intentions for user safety, it did not address the fundamental question of why bike and scooter users had to get on the road in the first place. In the heart of KL, it is common nowadays to see people using scooter-shares to get around. This is a testament to its ease of use and positive reception among the public. What micro-mobilities need now is a safe environment; its infrastructure being both the responsibility of local council and federal government policy.

All this isn’t to say that rail development projects are unnecessary. Rail transport is still necessary for connecting residents from the suburban edges of Klang Valley to the city centre, for either work or social purposes. But in the excitement of big-ticket development projects, the government and local authorities should also not lose sight of the fundamentals of the public transit landscape. This reflective process begins with answering the simple question of how to get users from their homes to the train station, and from the train station to their end destination.

So long as those fundamentals are ignored, then no amount of rail network expansions will solve the public transit dilemma.