OCTOBER 12 — On October 11, 2021, the Minister of Home Affairs YB Datuk Seri Hamzah Zainudin spoke on the challenges and obstacles around citizenship during an RTM TV1 episode of ‘Inklusif’. Malaysian mothers impacted by gender-unequal citizenship laws are disappointed by the lack of understanding displayed by the Home Minister’s statements during the interview.

“Just come back to Malaysia to give birth”

The Home Minister stated that if Malaysian mothers really want their children to have Malaysian citizenship, then they should just give birth in Malaysia. 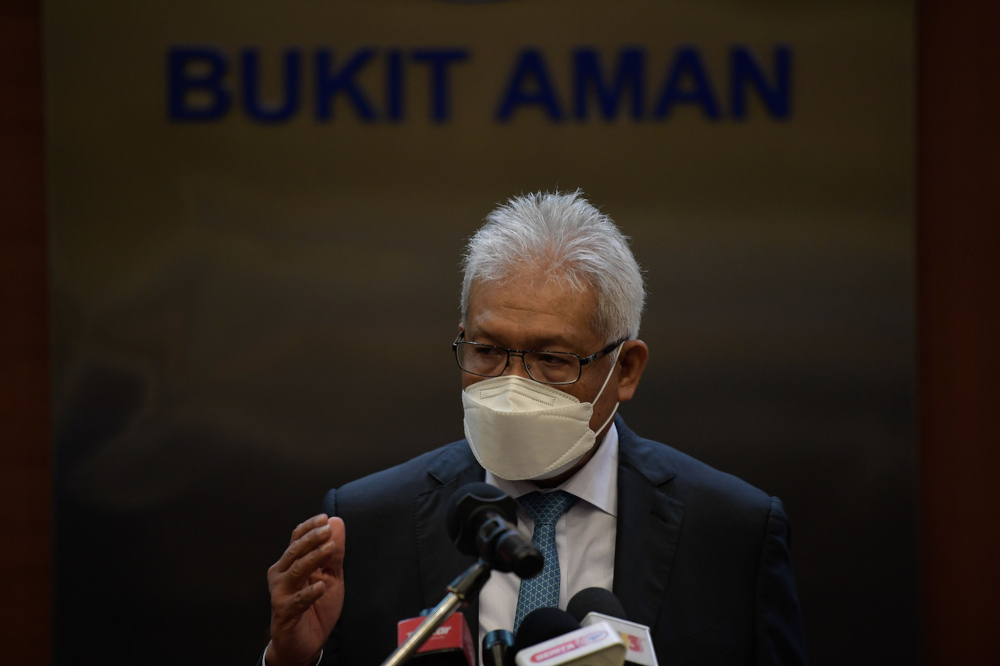 This statement ignores the realities that pregnant Malaysian mothers go through overseas. There are many reasons why Malaysian women give birth overseas. Many in Family Frontiers’ network of Malaysian mothers have medical reasons that prevent them from travelling, including risky pregnancies, fear of miscarriage and other health-related issues. For them, it is a matter of life and death:

“I tried my best to come back to Malaysia to give birth to my child, but due to pregnancy complications I was not allowed to fly back by two doctors. In my desperation to fly home, I was scheduled to see another doctor for a third opinion. On that morning, my baby was born premature and was placed in the ICU for many weeks. Women should not be told to put our lives and our babies lives at risk just to board planes and fly back to Malaysia to give birth. Our pregnancies should not be trivialised. The Home Minister must do the right thing and stop fighting Malaysian mothers,” said Kavita, a Malaysian mother seeking citizenship for her daughter.

During the Covid-19 pandemic, some had to give birth overseas due to the travel restrictions that were in place and the risk of contracting the virus: “How was I meant to come home to have my baby during the pandemic? I would have been separated from my husband for years if I had made that choice,” said one mother. Some would also have to separate from their older children who are non-citizens because they were also born overseas.

Many women also have employment commitments directly tied to their duty to serve Malaysia: “I worked for a Malaysian government-linked company in San Francisco between 2013 and 2018 when I had my child there. I had a high-risk pregnancy and was advised not to travel in my 3rd trimester, so I had my child there. I feel betrayed by the Home Minister’s comments — I served my country at the time of my child’s birth, yet my child is not a citizen and I don’t know what the future holds for her now that we are back in Malaysia,” said Gaithiri, another Malaysian mother seeking citizenship for her daughter.

“Citizenship cannot be easily given to just anybody”

Datuk Seri Hamzah also emphasised that Malaysian citizenship is the highest award from the country, and therefore cannot be easily given to “just anybody”. Another Malaysian mother in Family Frontiers’ network said she was hurt by the statement: “They are not just anybody, they are our children. They have Malaysian heritage and blood. Why punish my innocent children?” she asked.

The Minister’s statement also failed to explain why Malaysian fathers can automatically pass on citizenship to their children born overseas, while Malaysian mothers cannot.

Children born overseas to Malaysian women are left with no choice but to obtain the foreign father’s citizenship. An Emergency Travel Certificate (Surat Perakuan Cemas) is also not a readily-available option for these children to immediately return to Malaysia (without relying on a foreign passport).

This is a decision Malaysian men will never have to make; on the other hand, Malaysian women in such situations are caught between the proverbial rock and a hard place. The Home Minister cannot fault Malaysian women and subsequently punish their children if the path to ensure Malaysian citizenship for their children is littered with state-imposed bureaucratic obstacles.

Contempt of court due to conflicting high court decisions

Citing “contempt of court”, the Home Minister highlighted the allegedly “conflicting” judgment for Mahisha Suhaila Abdul Majeed v National Registration Department (NRD) Director. To clarify, this case does not deal with reconciling Article 8(2) and the Second Schedule, Part II of the Constitution as seen in Suriani Kempe & Others v Kerajaan Malaysia & Others. As such, the government did not raise this argument in their submissions before the High Court during the proceedings for Suriani Kempe & Others v Kerajaan Malaysia & Others.

Even if the judgement for the Mahisha case is seen to be in conflict with the decision for Suriani Kempe & Others, Lawyers for Liberty, in their statement dated 23 September 2021, correctly pointed out that, “...it does not in any way prevent the government from following the most recent High Court ruling on the matter. The government could simply just concede to the appeal during the hearing at the Court of Appeal in November. The issue of contempt of court therefore does not arise.”

The High Court decision is already in line with the proposed Constitutional amendment and has the force of law. The Government should implement the decision without appealing, as it did in the Undi18 case.

The Home Minister justified his position in appealing the High Court decision by asserting that he was sworn to uphold the Constitution. Family Frontiers maintains that to truly uphold the Constitution, we must treat the Constitution not as a document of bare rules and regulations that is locked in a time warp, but one that reflects the lived realities of Malaysians in the 21st century. In truth, it is only women and their children who are hurt by the citizenship provisions in the Constitution as they are currently interpreted and applied. When read literally, the existing interpretation blatantly disregards women’s constitutional right to gender equality and paralyses Article 8(2)’s guarantee of non-discrimination based on gender.

The case of Suriani Kempe & Others sought for the Constitution — specifically Article 14(1)(b) together with Section 1(b) of Part II of the Second Schedule–to be read harmoniously with Article 8(2) of the Federal Constitution. As emphasised by Professor Emeritus Datuk Dr. Shad Saleem Faruqi, “The articles of the Constitution must not be seen in isolation but holistically and in the light of the Constitution’s lofty ideals and assumptions.” This approach is especially relevant in this case, as it is a matter of upholding justice.

The question of loyalty

The Home Minister said that of paramount consideration is the issue of loyalty: “If we are loyal to the country, of course we would want the citizenship of our own country,” he added.

The Malaysian Government has a duty to uphold the rights of its citizens. The women affected by the discriminatory interpretation and application of existing citizenship laws are regular Malaysian citizens who want what is best for their children. Their loyalty and attachment to Malaysia are demonstrated by the act of submitting applications for their children’s Malaysian citizenship, and by returning to their motherland.

Upon listening to the Home Minister’s statement of 11 October, a Malaysian mother said she was shattered: “Please do not question the loyalties of women who have given birth to our children abroad—we are not any less patriotic to our country. We want this so badly so we can contribute towards our motherland, not take away from her. Our loyalty to Malaysia is unwavering,” said Rekha Sen, an impacted Malaysian mother.

It is high time the Government acknowledged the reality of our times and the fact that there is gross discrimination against Malaysian women on the issue of citizenship.

We directly seek the consent of the Conference of Rulers to set right the injustice that Malaysian women have endured for generations as a result of this discrimination.

We urge Cabinet Ministers to champion the struggles of Malaysian mothers impacted by these gender biased citizenship laws and table the constitutional amendment at the next Parliamentary session.

We call upon all Members of Parliament to be in solidarity with Malaysian mothers and vote in favour of this amendment to finally put an end to this discrimination.

As tax-paying citizens and voters, Malaysian women do not ask for sympathy, but for the Government of Malaysia to do what is morally right and implement the remedy provided by the High Court decision in Suriani Kempe & Others v Kerajaan Malaysia & Others. Treat Malaysian women as equal citizens and allow them and their children to live with dignity.

If this Government really cares, sympathy is not enough — implement the remedy provided by the High Court for Malaysian women and their children and make it happen within 100 days of #KeluargaMalaysia!

Foreign minister: Junta not cooperating on humanitarian aid to Myanmar