SEPT 26 — The World Health Organisation (WHO) is meeting for its ninth Congress of the Parties (COP9) from November 8-13, and a Meeting of the Parties (MOP2) to the Illicit Trade Protocol from November 15-17 in The Hague, Netherlands, under the auspices of its Framework Convention on Tobacco Control (FCTC).

However, the “parties” in attendance are a group of pro-FCTC delegates with little connection to the real-world impact of the WHO’s hard-line tobacco policies.

Public health bureaucrats and government officials meet behind closed doors to plot ever-tighter restrictions on tobacco products, and there are strict policies in place that exclude anyone with any interest in tobacco or its products.

The COPs and MOPs are not conferences of all the stakeholders. They are entirely one-sided meetings, consisting of a handful of people who claim a right to impose their will upon the non-consenting rest of us. It is an autocratic echo chamber.

The FCTC treaty allows health ministers to pass measures that they would never have gotten past their domestic legislatures, burdened as they are with opposing interests and public participation requirements. Unopposed, these ministers can make international law with which their home governments are forced to comply.

The FCTC rejects public participation. It explicitly excludes anyone who is directly or indirectly impacted by the decisions it takes. It requires ratifying states to implement its decisions in national legislation.

Even its records are increasingly stripped bare of the information that would be required for anybody outside of the back rooms of the WHO to conduct a meaningful analysis of what was discussed or what evidence was presented.

How can we expect a balanced, evidence-based, decision-making process when so many stakeholders – including the general public, law enforcement, the media, tobacco supply chain and aligned industries – are excluded from the dialogue? 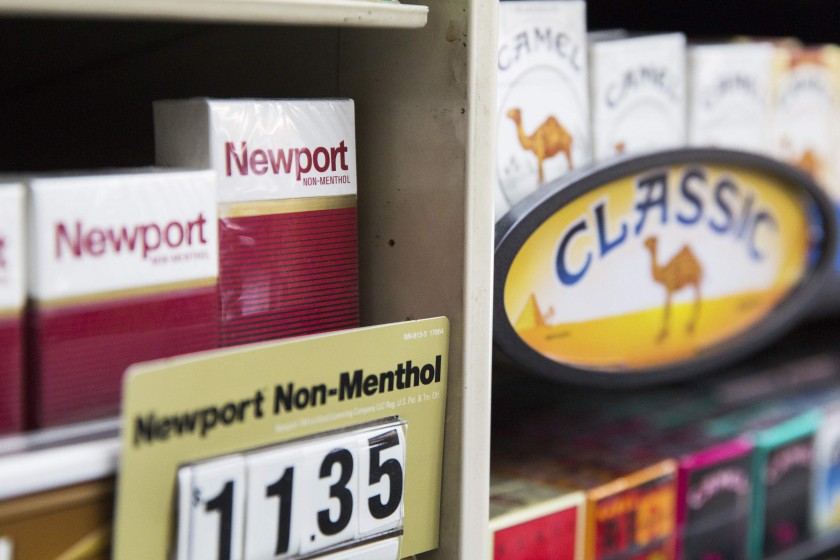 Not only are these stakeholders being shut out, they’re also being actively ignored. When a group of tobacco farmers arrived to peacefully protest their ongoing exclusion from the deliberations outside the COP7 meetings in Delhi, the Convention Secretariat called security to round them up and bus them miles away, to a location where COP delegates could no longer see or hear them.

It’s not only those that are actively a part of the tobacco supply chain who are being disregarded. The highly respected international law enforcement organisation Interpol has also been excluded from FCTC discussions. This is a misguided, short-sighted and downright dangerous approach by the WHO.

It seems like, almost every day, there’s a major illicit cigarette bust in an Asean country and yet the WHO is not interested in including Interpol, the most prominent crime fighting organisation in the world seeking to put a stop to the illegal tobacco trade. Why? For the sole reason that Interpol works with the tobacco industry to track shipments. Surely this makes the organisation even more qualified, not less, to discuss the critical issue of curbing illicit cigarette trade.

The massive irony here is that the WHO is actually perpetuating two of the key issues that the COPs and MOPs exist to discuss: the prohibitive policies advocated by the FCTC, like higher taxes and the banning of reduced risk products (RRPs) such as e-cigarettes, actually force people back to smoking and potentially into the black market.

According to a paper by Pepperdine University in the US, there are numerous unintended consequences of cigarette prohibition, regulation and taxation, the most notable being illicit markets.

Not only does the illegal tobacco trade cost US$40-50 billion (RM167-209 billion) in lost global tax revenue every year, which could be invested in essential services, it has been shown to undermine public health objectives, contribute to underage smoking, and even fund organised crime and terrorist activities.

Price increases driven by taxation result in less affordable cigarettes. The latest investigation by Alvarez & Marshal into Causes and Control of Illegal Tobacco shows that if cigarettes become 10 per cent more expensive relative to incomes, on average illegal trade grows by seven per cent.

All relevant stakeholders need to be aware of the impact that tax decisions and RRP bans have on the likelihood of consumers switching to illegal products.

Much of what the WHO is advocating in terms of tobacco control has been proven to lead to an increase in illegal trade. The COP meetings are not inclusive enough and should include more stakeholders, including law enforcement.

Instead of preparing for yet another one-sided debate at COP9, the WHO should acknowledge the unintended consequences of the FCTC and seek to host discussions with a broader spectrum of stakeholder insights.

But this is how the FCTC works. The primary basis for its decisions is the subjective opinion of public health bureaucrats, none of whom have any connection or interest in the living and working conditions of tobacco farmers, any expertise in the economics of the tobacco industry, or any concern for the free choices of tobacco consumers.

By refusing to engage, even consultatively, with people even remotely involved in the use or production of tobacco products, the FCTC denies itself a wealth of evidence and knowledge about how the industry operates, how consumers respond, how its decisions will affect stakeholders, and what unintended consequences might arise.

* Jo Furnival is a freelance journalist who writes about politics, health and economics