Tops among PC download charts for gamers this sale season

Wander through a strange and wintry landscape in ‘Lost Constellation’. AFP-Relaxnews supplied
Follow us on Instagram, subscribe to our Telegram channel and browser alerts for the latest news you need to know.

Its latest release is ahead of some of this season’s most popular new titles such as “Far Cry 4”, “Middle-earth: Shadow of Mordor”, and “South Park: The Stick of Truth”, all of which have enjoyed reductions to one extent or another as the sales season rolls on.

Similarly, expansive adventure “Skyrim” has been around since 2011 but with a realm of fan-made modifications clostontinuing to unfurl for players of the PC version, there’s plenty of incentive to dive in and see what all the fuss has been about.

“Skyrim” pops up again on the GamersGate chart, where two fellow fantasy action games from Electronic Arts — “Dragon Age II” and “Kingdoms of Amalur: Reckoning” — are also propelled back into the limelight, while the GameSpot rundown features EA’s recent big-name shooters “Battlefield 4” and “Titanfall”. 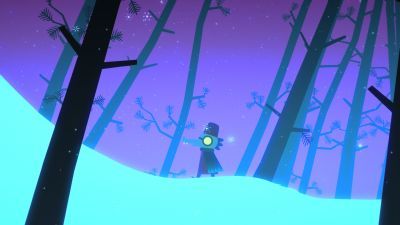 Wander through a strange and wintry landscape in ‘Lost Constellation’.©Infinite Fall

Changing pace, we see “Lost Constellation”, part chilly fairytale, part snowman generator, emerging as a spin-off story for Kickstarted game “Night in the Woods” (which is itself due sometime in 2015 on computers and consoles) and lighting up the Itch.io chart following a free release on Saturday.

Miss Internet Explorer? Here’s how to get it back on Windows 11

TikTok now has its own range of mini video games