The Government will acquire blocks 210 to 218 at Marsiling Crescent and Marsiling Lane as part of a project to redevelop and extend the existing Woodlands Checkpoint. — TODAY pic
Follow us on Instagram, subscribe to our Telegram channel and browser alerts for the latest news you need to know.

SINGAPORE, May 27 — Some Marsiling residents have expressed worry about the sizes of the new flats they will be relocated to in order to make way for the expansion of the Woodland Checkpoint.

One resident also said that he is concerned that the housing benefits he gets in today’s dollars may be worth less when he has to move out by 2028 if inflation remains high.

They were responding on Thursday (May 26) to news earlier in the day that nine Housing and Development Board (HDB) blocks will be acquired by the Government to redevelop and extend the existing Woodland Checkpoint that borders Malaysia.

Residents living in blocks 210 to 218 at Marsiling Crescent and Marsiling Lane, which includes 732 flats, 53 rental flats, one rental kiosk, six rental shops and one rental eating house, will have till the second quarter of 2028 to move out, said the Immigration and Checkpoints Authority on Thursday.

HDB will build about 1,100 new replacement flats at Woodlands Street 13 for residents whose flats will be acquired. The new flats are about a 10-minute walk away from Marsiling MRT station compared to the roughly 25-minute walk from the existing Marsiling Crescent and Marsiling Lane flats to the same station.

Devi Pushpanathan, 53, said she was shocked to hear that she will have to find a new place to live with her seven other family members when HDB officers visited her flat earlier in the day to deliver the news.

“The first thing I’m scared of is that the new flats are very small,” said Devi, who lives in a four-room corner unit at Block 213 with her children and three grandchildren. “I don’t know if I’ll be able to fit my stuff, my prayer items.”

She hopes that the amount she gets when her flat is returned to HDB will be sufficient for her to afford a new five-room unit and that she will no longer have to fork out cash to service the loan for the new flat on top of using her Central Provident Fund (CPF) monies for repayments.

“Now I’m paying cash and CPF,” said Devi, who works the night shift as a packer at a medical goods company. “So if going to the new flat means everything will be covered, then our burden is relieved.” The Government said earlier on Thursday that owners will be offered the same rehousing benefits as those offered under the Selective En bloc Redevelopment Scheme (Sers), which is aimed at rejuvenating older estates.

When the flats are returned, owners will get compensation based on the market value of their flat at the date of the acquisition and the option to purchase a new flat with a fresh 99-year lease at a subsidised price.

Among other benefits, they may also receive a grant of up to S$30,000 for the purchase.

To help defray the expenses incurred in the move, HDB will also provide flat owners with a removal allowance, as well as stamp and legal fees.

“Cost of living is going up. With the S$30,000 now, I may be able to pay for renovation,” he said. But when it comes time to receive the key for the new flat, that may not be the case, he added.

Goh, a retiree, lives with his mother, his wife and two daughters in a three-room flat he bought off the resale market for about S$220,000 in 2009.

Still, of the eight residents TODAY spoke to on Thursday, most said that they were still digesting the news and that they will be attending the dialogue sessions by the authorities slated from May 28 to 31 to find out more details from government officers.

One of them was Sebastian Ng, 26, who said he is now rethinking his plans to move out of his two-room flat that he bought for S$180,000 four years ago. He lives with his wife and two daughters.

The food delivery rider had earlier intended to move before his eldest daughter enrols into primary school next year so she can live near her school but is now unsure whether that would be the right move. 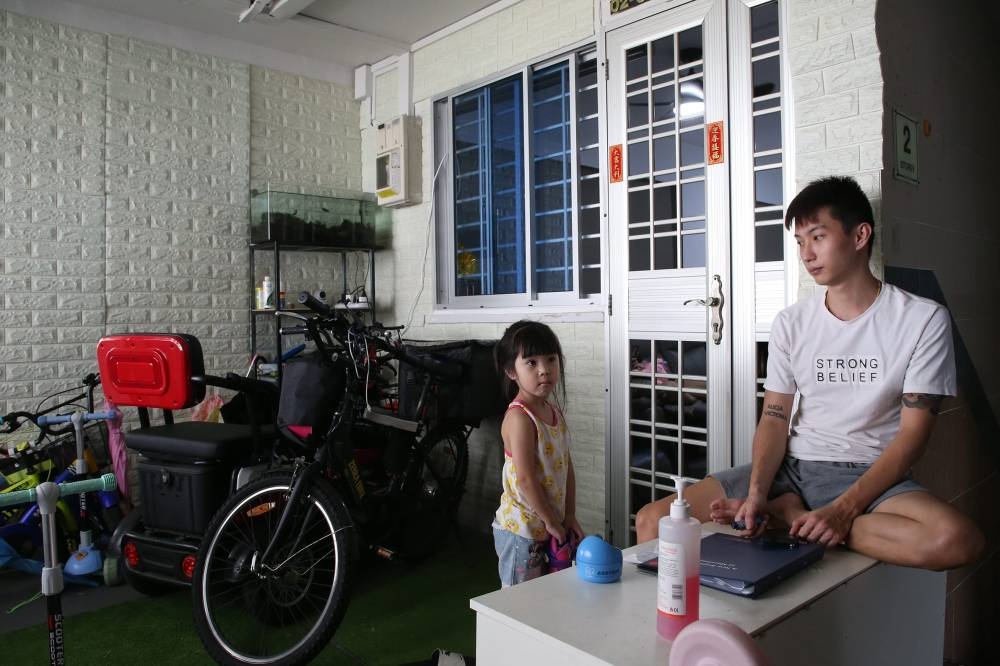 When news about the Government’s acquisition broke this morning, Ng’s friends had texted to congratulate him about hitting the “jackpot” because of the housing benefits that he could get after relocating and the prospect of a new flat with a fresh 99-year lease.

But after reading the fine print of the housing benefits, Ng said he is still unclear how much and if he could stand to gain from the move and intends to attend the engagement sessions to find out more.

Eligible flat owners who do not wish to purchase a new flat can choose to sell their existing flats on the open market.

TODAY understands that they can do so after a one-month cooling period, from June 26 to April 30 next year.

If they do not sell their flats, they may either register for the replacement flats when registration opens around the first quarter of next year or return the flats to HDB.

Zaqy Mohamad, the Member of Parliament (MP) for the area, said that although the estate is a mature one, it is home to a mixed demographic of elderly residents as well as younger folks.

He said that the reactions he has gotten so far from residents has been moderate because people are still processing the news.

“The offer HDB is giving is quite good. The new flats are closer to Marsiling MRT and you might get new amenities too with the new blocks. So you do get certain advantages,” the MP for Marsiling-Yew Tee Group Representation Constituency told TODAY in a phone interview.

But some residents do have other considerations and reservations about moving out, such as whether they will get flats of similar sizes at the new estate, he acknowledged.

Zaqy said that he and his grassroots team will be attending some of the dialogue sessions that HDB will be holding to address some concerns his residents may have about the move.

“We will have to work with residents and assure them that we will handhold them through the process,” he said, though he added that the relocation is not too different from a regular Sers process, which is quite established. Personnel from the Housing and Development Board going from unit to unit at Block 213, Marsiling Crescent, to inform residents of the acquisition of their flats on May 26, 2022. — TODAY pic

Property analyst Christine Sun said that she expects most flat owners to take up the offer to move to the new flats.

In the first four months this year, the median resale price in Marsiling Crescent was S$378,000 and S$335,000 for four-room and three-room flats respectively, said Sun, who is senior vice president of research and analytics at real estate firm OrangeTee and Tie.

“If the affected flat owners were to take up the offer at the new site, the future resale price at the new site may potentially be higher than at the original site,” she said.

“It is a good opportunity to move to a new flat with a fresh 99-year lease. The location of the replacement flats is much nearer to a MRT station, improving the accessibility for residents.” For Md Nurezwan Mazlan and his family, the news came at just the right time.

The 31-year-old newlywed had been planning to move out some time in the future with his wife.

This would leave his retired parents, aged 72 and 73, able to downgrade to a smaller flat so they can have more money to spend during their retirement. Nurezwan now lives with his wife and his parents.

His parents intend to move to the new replacement flats that will be built at Woodlands Street 13 some 1km away.

“It’s walking distance from the MRT, there’s Marsiling Mall nearby and a market, so it’s convenient for my parents,” said Nurezwan, who works as a prime mover driver.

His father suffered a leg injury in a motor accident 11 years ago and has difficulties walking, he added.

As timely as the move may be, Nurezwan’s mother said that she has many fond memories of the estate that she will miss when she moves to the new flat.

Living just a short walk from the Woodlands Checkpoint means that she could easily enter Malaysia, which she used to visit every week.

“Every morning, I would go to the market,” said Madam Moharani Mahadi. “And there’s the Woodlands Waterfront just behind where I would go for makan (food).” — TODAY