(L) A still from 'Moonlight Shadow' and (R) Edmund Yeo taking a selfie with author Banana Yoshimoto. — Pictures courtesy of Moonlight Shadow production committee
Follow us on Instagram, subscribe to our Telegram channel and browser alerts for the latest news you need to know.

KUALA LUMPUR, Oct 17 — The last time I spoke to Malaysian film director Edmund Yeo, he was busy with his return to the Tokyo Film Festival with his film Malu.

In what seems like a short span of time, Yeo has moved on to his next feature film and what is a huge milestone: the film Moonlight Shadow that was released in Japanese cinemas.

Moonlight Shadow played in over 90 locations of Toho cinemas, Japan's largest theatre chain, before showing at independent theatres as well as arthouse cinemas.

The film tells a story of love, loss and grief and stars young rising stars, Nana Komatsu and Hio Miyazawa.

While it will be a while yet before Malaysians get a chance to see the film, Yeo shared his experience making the film, which is in itself an interesting story.

While working on Malu, Yeo's Japanese producers mentioned they were pursuing the film rights for a particular Banana Yoshimoto short story and asked Yeo if he had read it.

He answered in the affirmative; it has been one of the stories in Yoshimoto's Kitchen novella and was one of the very first works of Japanese literature he had then read.

It so happened the producers also needed a director and that was how he ended up on the project.

For Yeo, working on the film was a "tremendous honour", with Japanese literary works having influenced many of his films throughout his career.

"Even during the early months when I first moved to Tokyo in 2008 for my master's degree in film, I would spend hours in the bookshop reading Banana Yoshimoto works.

"Perhaps to familiarise myself with my surroundings, but also to find my unspoken feelings and emotions in a foreign land, articulated beautifully by Banana's prose. It was a pleasure."

As to why, exactly, he has been chosen besides his familiarity with Yoshimoto's books, Yeo said: "I guess my producers had also felt that Banana Yoshimoto and I shared somewhat similar worldviews, in our use of magic realism to depict the mundane, or the thin line between reality and dreams that often characterise our works."

On adaptations and expectations

Although he altered many things from the original text, Yeo did his best to preserve and respect the very essence of Banana Yoshimoto's story.

"After all, it's a timeless tale of grief, nostalgia and moving on," he said.

This didn't stop some Yoshimoto fans from decrying his changes, complaining loudly on social media that it was far too different from the original.

It was something to be expected, Yeo said.

However with film and literature being very different mediums, Yeo said that often the original text can't really be the whole movie.

"Together with the actors and the film team, we tried to capture the feelings we had from reading the text, and reinterpret it for the screen," he said. 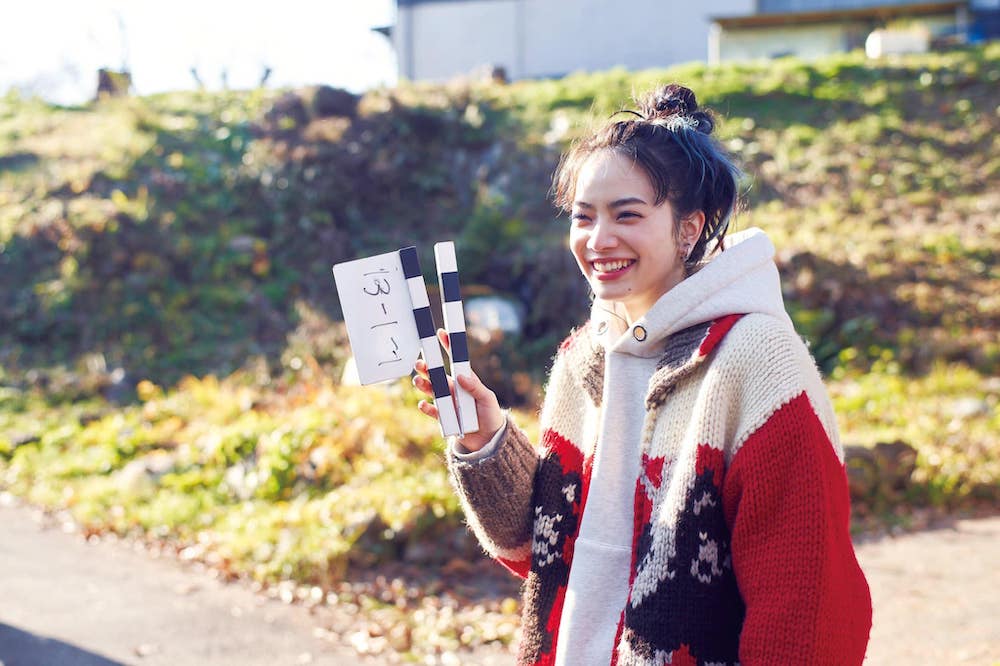 Most importantly, what did Yoshimoto think of the end result?

"Thankfully, she liked the film and even called it a 'masterpiece of elegance' on Instagram, and said seeing lead actress Nana Komatsu run made her cry," Yeo said.

The author even made a point of messaging Yeo via Instagram to share her thoughts on the film after a private screening for her and the cast and crew.

He said,"Her words had been very positive, so I felt quite relieved!"

Yeo was also grateful for the support from his university friends, lecturers, previous film collaborators, and many other friends he made along the way who had made the point to watch the film in theatres.

"Shunji Iwai endorsed the film publicly while also messaging me in private. Yukisada Isao too, and many others. I felt as if I were living in a dream," he said, on having noted Japanese directors showing their support for the film.

Yeo said that as the story was from Yoshimoto's very first written work, he had to ensure that the novella would be treated with utmost care.

Therefore the author was kept in the loop most of the time during the scriptwriting stage, with Yeo even having a brief video chat with her to get her input on more ambiguous aspects of her story, as well as on adapting the story to a more contemporary setting as it was written in the 1980s.

Yeo also looked at Stanley Kubrick and Andrei Tarkovsky's previous sci-fi adaptations, as well as the popular Godfather and Lord of the Rings films.

"My favourites are often the ones where the directors can still stick closely to their own styles and rework what they are passionate about from the original source, so they can stand alone as a work of cinema. I tried to do the same too."

On hopes and feelings

Moonlight Shadow being shown in Japanese theatres was bittersweet for Yeo, as the pandemic prevented him from both promoting the film in Japan as well as seeing his film in theatres, in person.

"Japanese cinema and literature have shaped me as a filmmaker. I remember being a teenager and watching Shunji Iwai's Love Letter over and over before I started falling in love with contemporary Japanese cinema," he said, adding that film also led him to Isao Yukisada's Go and Crying for Love, Centre of the World as he grew older.

It is why, perhaps, he has mixed feelings about certain sentiments such as one Malaysian producer whom he worked with who declared an intention to "make a film for Malaysians by Malaysians."

"For me, one of the joys of filmmaking is that it usually transcends national borders. I love it when I get to work with anyone I'm interested in, the best people for the particular job, the nationality isn't that important to me," he said.

Even with Moonlight Shadow, despite being a fully Japanese-language film with a Japanese cast, Yeo was working with his regular Thai cinematographer Kong Pahurak and his composer was the Taiwan-based Vietnam-born French composer An Ton Tat.

Yeo also added the colour grading, sound mixing and design of the film were done entirely in Thailand.

"It is through these international collaborations that we could bring in different perspectives and viewpoints into the film. I think that helps me grow more as a filmmaker," he said.

What of the future?

As to his next filmmaking plans, Yeo is still figuring it out.

"Because I finished Moonlight Shadow so quickly, shot the film in December, released the film in September (nine-month turnaround!) I'm actually, for the first time in five years, still unsure what's next."

He had after all been fairly prolific in the last five years, with his films Aqerat, Malu and Moonlight Shadow being shot practically back-to-back.

Yeo had made it a habit to prepare for a new film even while being in post-production for another.

For the moment, he is preparing to produce a film by Malaysian filmmaker Woo Ming Jin, a film that will have both Malaysian and Indonesian actors that will be shooting at the end of the year.

On his own hopes for what audiences can take away from Moonlight Shadow: "I hope the film would do what Banana Yoshimoto's story did in the past. To serve as a balm that could relieve you of the pain we all shared together. And to also remind ourselves that we are not alone when we are grieving. One caravan leaves, another begins. We can't stop the passing of time, so we must continue walking. And living."

You can watch the trailer to Moonlight Shadow below.