Transport minister: Goods Driving Licence will be a must for p-hailing riders

Ong Rui Jiang, a former national athlete, has done work for Vogue, Buzzfeed, Tiffany & Co, Samsung, ESPN and Netflix. — Picture courtesy of Ong Rui Jiang
Follow us on Instagram, subscribe to our Telegram channel and browser alerts for the latest news you need to know.
By MELANIE CHALIL

KUALA LUMPUR, June 22 — Melaka-born cinematographer Ong Rui Jiang has been receiving international buzz for a Dutch short film that highlights the experiences of an immigrant teen in the Netherlands.

Based on director Mario Michael Gonsalves’ experiences as an Aruban youth in the Netherlands, Patroon confronts the negative portrayal of young Dutch-Caribbeans in the progressive European nation that often prides itself with acceptance and anti-racism.

The 16-minute film in collaboration with Vice Media and the creative agency Recent has been named finalist for the New York Cinematography Awards and Official Selection at the Netherlands Film Festival 2019, finalist.

It also received an honourable mention for Best Cinematography at the Prague International Indie Film Festival 2020 and won the award for Artistic Achievement at the HKU Awards 2020 in the Netherlands.

Ong, who was on the national water polo team from 2010 to 2012, said the film “seeks to tell the audiences about the normalised subtleties and nuances of discrimination which happen at a much individual level, from family to friends and the expectations of growing up in that world.”

The 25-year-old who splits his time between the US and London, hopes the story conveys tolerance towards people of colour and the daily injustices they face.

“This is just one of the many films of people of colour across the world, and it is one step to understand why changes are needed for the livelihood of people in minority groups,” he told Malay Mail.

Amid the Black Lives Matter movement that is sweeping across the US and the globe, the film’s themes could not be timelier.

“With the movement happening around the world, we can observe that the issues are global and manifested within different cultures in their own form, which is why I think films such as Patroon are gaining attention,” said Ong.

While the film does not explicitly tell the story of racism and discrimination, it captures the protagonist’s journey as a minority as he struggles to forge meaningful relationships with those he loves.

“The tone of the movie resonates with a lot of us minorities who grew up in different parts of the world.

“When a movie indirectly tells audiences the characters’ motivations and pursuit, they are left to feel more with their own experiences,” he added.

The former national athlete made the leap from water polo to filmmaking when he had the opportunity to attend high school in New York.

During his senior year of high school, he was accepted into Brown University’s pre-college courses which included an introduction to filmmaking.

“Something clicked and despite having no experiences, I knew that I wanted to pursue filmmaking.

“It was one of the riskiest but best decisions I have made to date,” he said.

After graduating from Emerson College, Ong worked as a camera assistant in Los Angeles for several years before venturing into cinematography.

Working as a camera and lighting technician allowed him to score gigs Vogue, Buzzfeed, Tiffany & Co., Samsung, ESPN and the Netflix series Lethal Weapon, all which he says were through referrals. 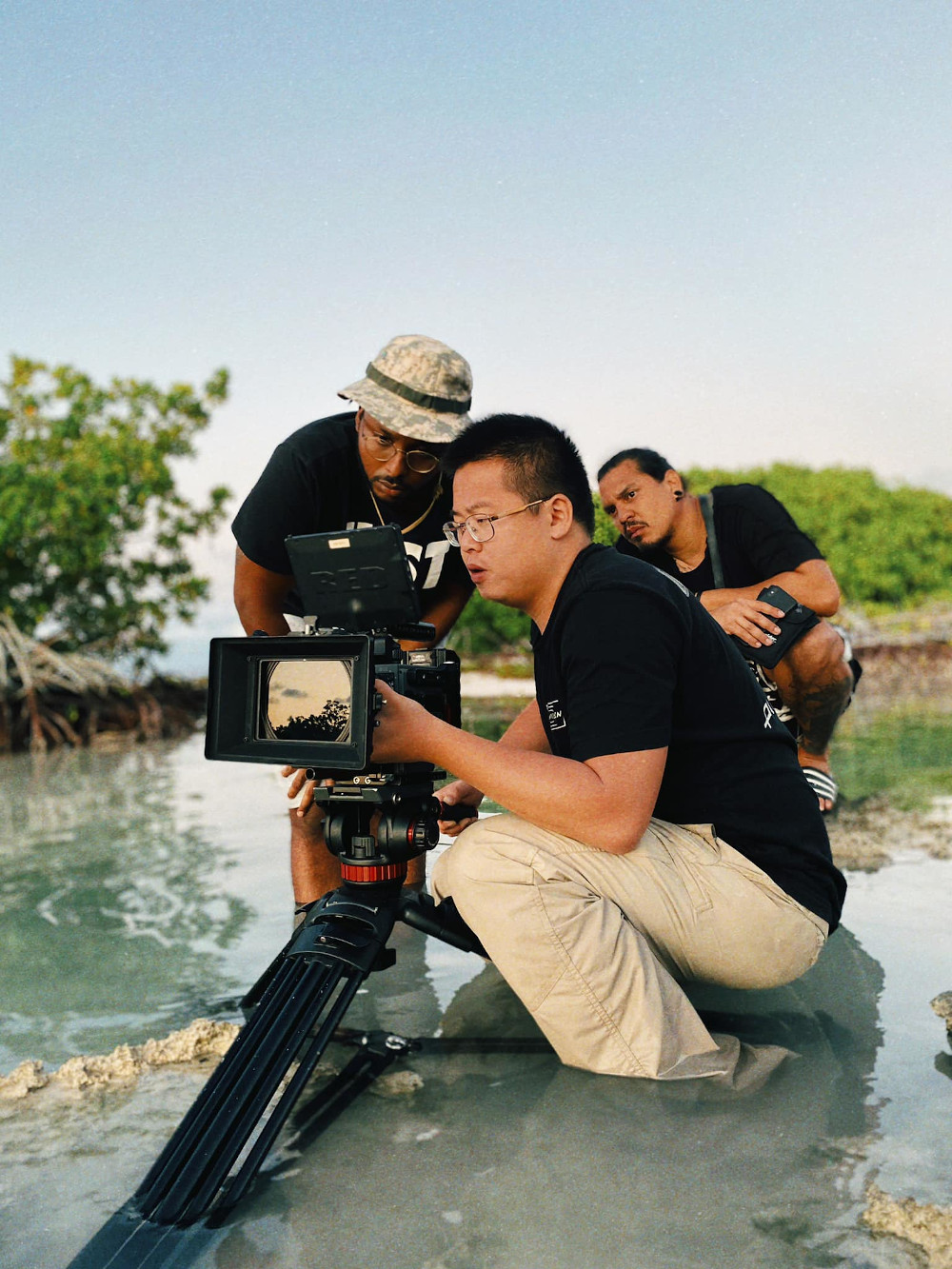 “It was very difficult in the beginning because the nature of the industry is almost entirely freelance.

“It took some time for me to compile a strong network and to have stable work,” he said.

He’s also worked with singers Nicki Minaj, Drake, Chris Brown and the actress Elle Fanning among many others.

“Working with celebrities is a fun and challenging experience.

“Some of them are surprisingly down to earth while some are the complete opposite despite their public appearance,” he said.

Ong named A$AP Rocky as the nicest celebrity he’s met when he was working on a last-minute video for the American rapper.

“At the end of the day, he took the time to shake our hands, said we did a good job and gave each of us a bottle of Ciroc Vodka,” he said.

On the challenges of carving a successful career in the competitive world of showbusiness, the biggest hurdle for any filmmaker is networking.

Despite his impressive resume and work experiences, there are periods where he struggles to find work, which has now been further exacerbated by Covid-19.

Ong who arrived in London not too long ago said networking has been tough but things are slowly picking up.

“I am very lucky to have met people who hire me for my work and personality and not by my race so far.

“But that is not to say that the industry is free from racial discrimination,” he said. 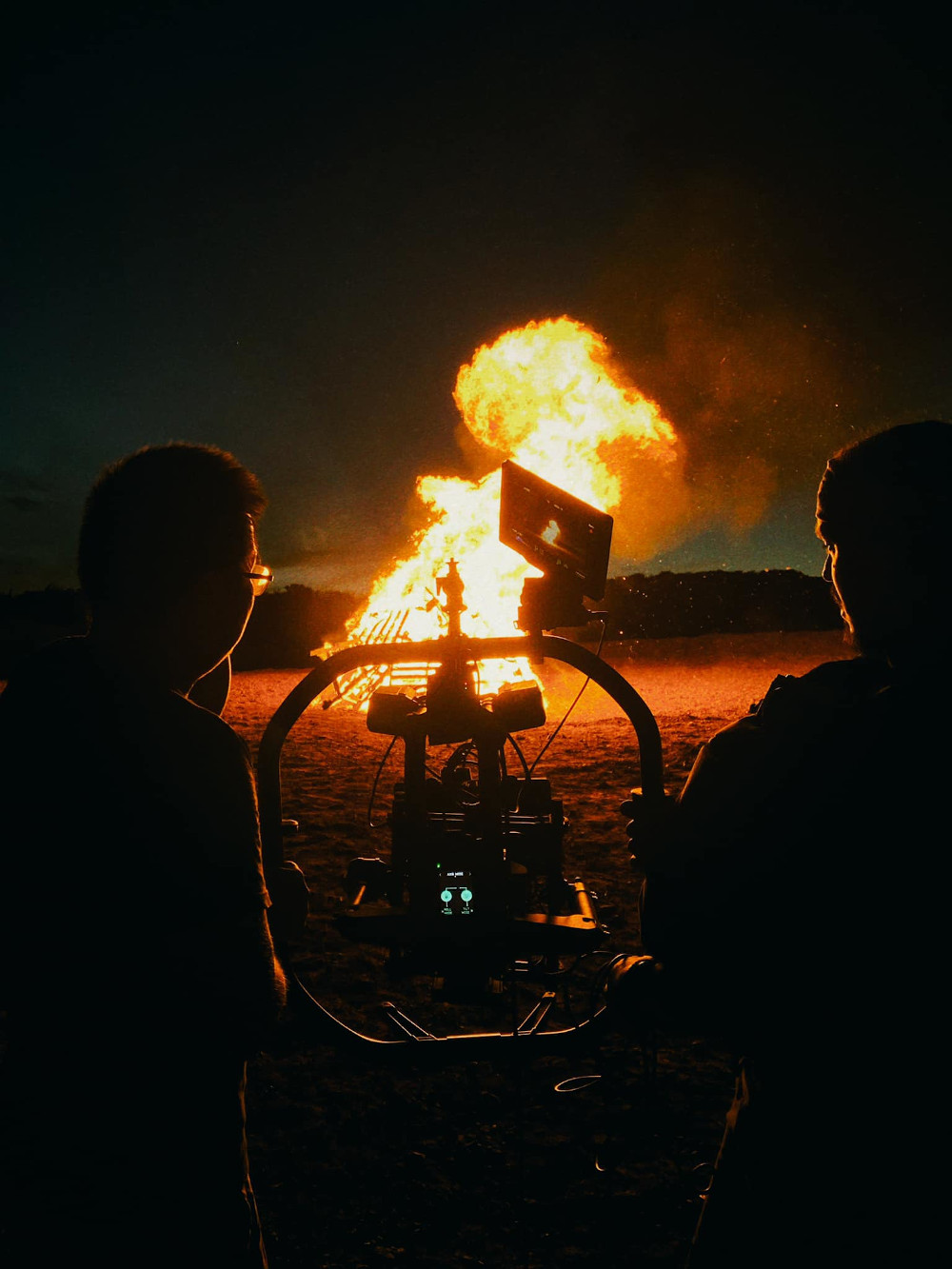 The Melaka-native spoke about his experiences as an Asian cinematographer and camera assistant in the US and UK. — Picture courtesy of Ong Rui Jiang

Ong revealed he has heard stories about friends who lost out on jobs because of their race.

“The film industry, especially Hollywood and London, is notorious for racial-based hiring.

“However, I believe things are slowly changing.

“We have to keep telling the stories of underrepresented communities and consciously offer hiring prospective to people of colour in our own industries,” he said.

Growing up in Malaysia has allowed him to view scenes from a foreign perspective which lets him approach scripts from different angles and experimenting with framing and lighting in an unconventional way.

“With my dad being a painter and having myself painted in Malaysia, I believe I inherited some of his attributes of Chinese painting.

“Truthfully I have yet to fully utilise this but it has influenced the way I view camera frames as canvases and lighting equipment as paintbrushes,” he said.

Ong recently signed on to a project about the 2003 Space Shuttle Columbia disaster slated for next year in the US.