Pakatan’s overhaul a priority if they collapse in Johor

Thursday, 17 Feb 2022 8:50 AM MYT By Praba Ganesan
Follow us on Instagram, subscribe to our Telegram channel and browser alerts for the latest news you need to know.
By Praba Ganesan

FEBRUARY 17 — In 23 days, Pakatan Harapan may have turned its fortune around in Johor — or prove it is in terminal decline. March 12, Johor votes.

In the case of failure, two questions emerge. Should Pakatan change its track heading into a general election likely no later than March 2023, and what constitutes meaningful changes?

Before addressing them, it is necessary to ask what is a bad Johor performance? Defeat to Perikatan Nasional (PN) or Barisan Nasional (BN) can be accepted, but a beating would set them off to sea without an engine or map.

In last November’s Melaka election, Pakatan gathered over a third of the votes, collecting five out of 28 seats while coalition leader PKR embarrassed itself with a duck. Not great.

In Johor — mindful in 2018, at Pakatan’s height with Bersatu’s assistance they won 36 handsomely — they must win at least 15 seats, to establish a pulse. There is a caveat. If 10 of the nominal 15 wins are by DAP, then PKR’s grip of the coalition further corrodes.

These are dark days for Pakatan, and what confounds critics is that Pakatan feels things are going swimmingly well.

Discard the fall of the federal government — and four state governments — through MPs and assemblymen’s shift of support, which Pakatan labels as the devious machinations of unprincipled factions.

What remains factual, in every election in the last three years, Pakatan has lost all bar one — the Sandakan by-election, May 2019.

The last time Pakatan contested in Johor, November 2019 — while running federal and state government with Bersatu — they lost the Tanjung Piai parliamentary by-election convincingly to MCA (BN). In charge of Putrajaya and in charge of Nusajaya — which should have made Pakatan impregnable — but crushed by a weak BN component party.

And they return with very little change in philosophy, not in federal government, not in state government, and not in any shape to compete. 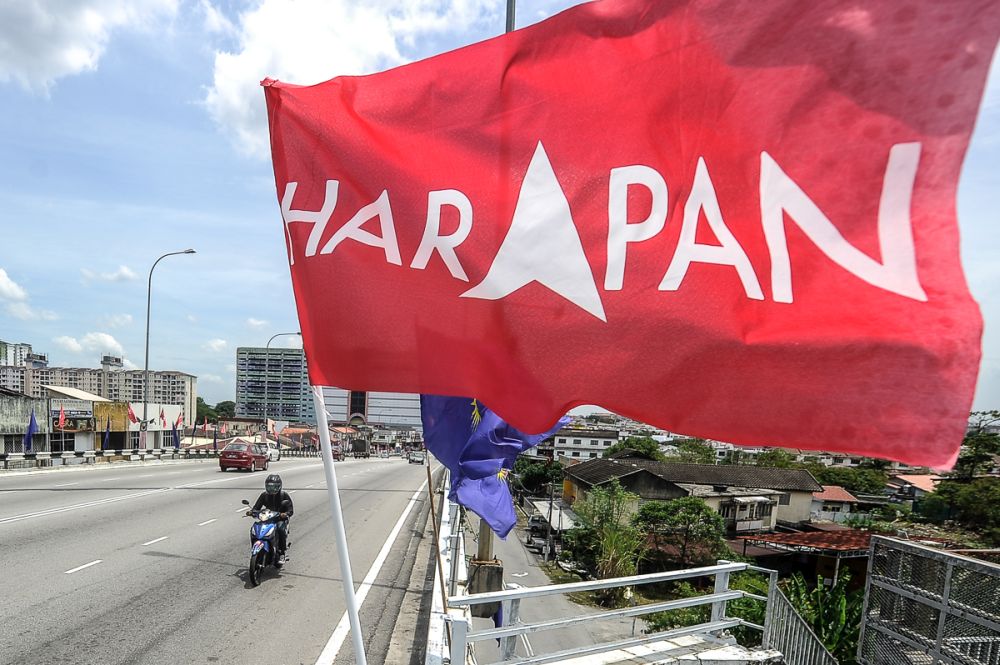 Both BN and PN stand in their way.

And there’s new competition. Muda is in the fray, albeit with the intention to not go head-to-head with Pakatan. Warisan goes west finally and readies itself to lose deposits. Parti Bangsa Malaysia (PBM) lurks in the corridors, seeking attention. The dark horse is Pejuang, ready to out-Malay everyone in sight in 42 of the 56 seats.

So, with battlelines almost complete, Pakatan’s prognosis is unsurprisingly weak. They have every opportunity to mess their campaign to a limp finish. Even DAP’s Mission Johor from 2013 has clearly lost steam.

Bulldoze on with the same soundbites?

In case the worst occurs, the first question is a red herring.

A change is overdue. The relevance of the question is about what it consumes, time. Since they lost Putrajaya in 2020, they’ve studied the situation. Malaysian politicians specialise in studying results, development and feedback. There’s this imaginary brain-trust space where they reside to study all things and decide the same way.

This is where Pakatan, BN and PN become lookalikes, the likeliness to ask indefinite time to study decisions.

It dawns on this column, “study” means “we have no clue what to say, but hey, can you give us all the time in the universe?”.

However, today is about Pakatan, and the unsavoury realisation it has made no meaningful determination after Sheraton in 2020. And certainly will maintain the unerring consistency of being indecisive after the Johor polls.

The usual strategists will suggest a return to the drawing board, without an inkling how to move Pakatan. Because Pakatan has no philosophy. Formed as a grand coalition of those not BN, now morphed into a grand ballroom renting collection of riffraff opposed to both BN and PN.

What is likely to incense all, is the time Pakatan sucks out of the country and those intent on change. It commands still the lead in a mislaid insurrection without a plan.

Turn and face the strange

Departures. When strategies fail persistently, regardless of the circumstances, leaders must step aside. Populations around the world may not understand the nuances of political parties and policy wonks’ PowerPoints but they do know what the exit of leaders mean — rebirth, renewal and a new way.

It has to start from the very top.

If Anwar Ibrahim remains a serial loser in recent history, and Pakatan loses in Johor and PKR buried, how can he in good conscience defend his leadership?

To say there are no leaders ready to replace him in PKR is actually an advert to a country that the party has never matured. The younger leaders in the party must speak up for the party regardless of how the mostly appointed and not elected leadership feel about the criticism.

By the year, telling Lim Kit Siang was there to lead from the moment PAP became DAP is beginning to grate. For the matter his son and party secretary-general Lim Guan Eng is turning into a relic. Both father and son were arrested in 1987, Operasi Lalang, under 35 years ago. The service is admirable and the tenacity legendary, but time has passed.

The tragedy of Amanah is that their leaders never rose enough in character or ideas to discuss their expiry.

The days of forcing round pegs into square holes and expecting a result because of the “rampant and unchecked corruption” of either BN or PN is slowly coming to a halt, as a weapon in elections. Voters below 40 by large do not care about politicians, but they do care about their own lives.

As it stands, for the last three years, Pakatan has been unable to speak to all kinds of voters.

If a Johor debacle is not met by a wholesale change within the coalition, and the same canned messages are spewed, Pakatan may invariably end with a general election result it cannot recover from in the next decade.