Turning 46, Tiger Woods says he is now at peace with himself

DECEMBER 15 ― As turning 46 looms, Tiger Woods says he is at peace with himself.

While he is now in perfect calm knowing he isn’t the same athlete he once was, some observers will be mistaken to assume he has accepted his fate of not being able to match Jack Nicklaus’ record of 18 major victories or secure an historic 83rd PGA TOUR triumph he so craves for.

This new-found inner peace could also mean Woods is happy at just being dad to his kids, Charlie and Sam, instead of throwing himself through another grind and painful recovery process to overcome his latest fight with injuries sustained from a horrific single-vehicle accident in February which nearly cost him his right leg, if not his life.

Since bursting onto the scene by emerging as the youngest Masters champion in 1997, Woods has transcended the sport like no other before him. He was athletic, he could miraculously coax a golf ball into the hole, and he had swagger and aura that only a selected few exudes. More importantly, Woods changed the face of golf through his multi-cultural family background, coining the term “Cablinasion” to describe his African-American and Thai-Asian heritage and simply made golf cool amongst kids that paved the way for the sport to grow across the globe.

Aside from Vijay Singh back in the day, he also transformed how a new generation of golfers would prepare themselves as athletes as he was a gym rat and fitness junkie. While the raw power and athleticism he generated thrilled his army of fans, it came with a hefty price as he suffered multiple injuries. And for someone who has undergone five surgeries on his left knee and another five on his back, some career threatening, the Big Cat has shown he has more than the proverbial nine lives by mounting comeback after comeback to cement his stature as a global sports icon.

Following spinal fusion on his back in 2017 to alleviate debilitating pain, his detractors predicted Woods’ career was done but after months of recuperation and intense preparation, he was on the prowl once more and ended up winning the FedExCup Playoffs Finale, the TOUR Championship in 2018.

He wasn’t quite done there.

Six months later, he ended a long 11-year wait for a 15th major victory by winning the 2019 Masters Tournament amidst chants of “Tiger, Tiger, Tiger” reverberating across Augusta National and with his family beaming with pride by the 18th greenside. He then equalled Sam Snead’s long-standing record of 82 PGA TOUR titles by winning the inaugural ZOZO Championship in Japan and capped a magical year by inspiring a US Team as playing captain to a stunning come-from-behind victory in the Presidents Cup over the Internationals at Royal Melbourne.

From being on top of the hill, Woods tumbled out of public sight after his car crash and some nine months later emerged in a three-second video of him hitting iron shots with a two-word caption ― “Making progress” ― on his Twitter account which broke the internet.

“I’m lucky to be alive but also to still have the limb,” said Woods said in a press conference during the Hero World Challenge which is staged to benefit his charity. “Those are two crucial things. It's been tough at times, yes, some dark moments, but then again, as I was making progress through it too, I could see some light and that was giving me hope. I'm able to participate more with my kids and their activities and more just in life in general. I'm on the positive side.”

With a rod inserted into his right tibia, which suffered multiple fractures, and screws and pins into his right foot and ankle, Woods needed a cast, a boot and then a sleeve to assist in his latest recovery. He was in hospital for three weeks and confined to a hospital bed at his Jupiter home in Florida for another three months before taking baby steps towards resuming a normal life. He described the recovery as the most painful he’s had to endure and for mere mortals, this would have been enough reason to call it a day.

Fans and fellow competitors are desperate to see Woods produce one final hurrah on the PGA TOUR and for a golfer who has produced his share of comebacks, we certainly should never say never with the greatest of all time. 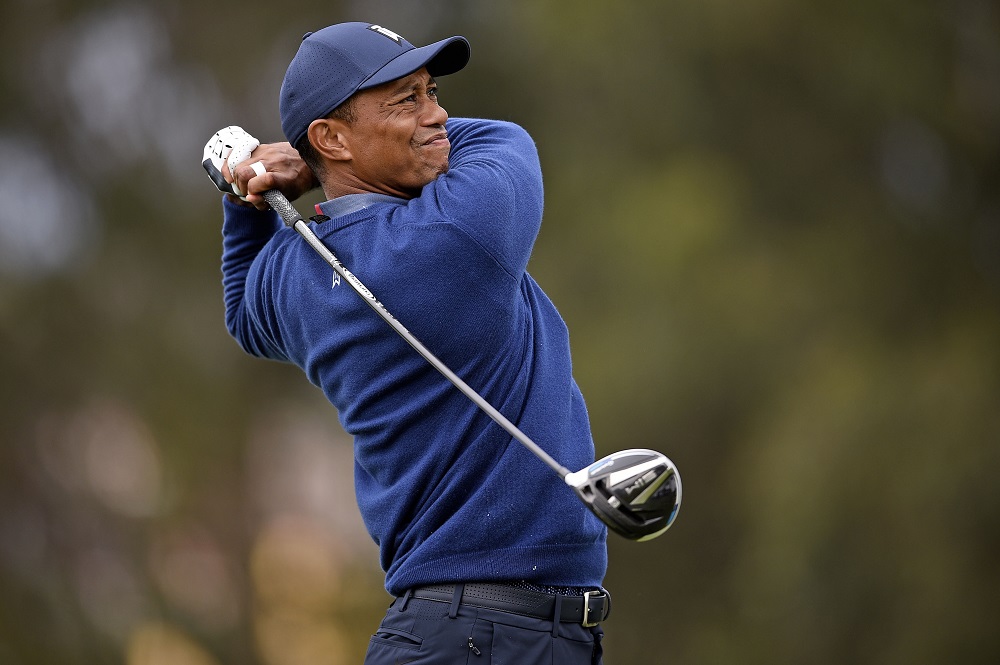 Tiger Woods will partner his son, Charlie, in the PNC Championship for the second straight year this week and use the opportunity to further assess his game in the 36-hole two-man scramble, hit and giggle exhibition. ― Kelvin Kuo-USA TODAY Sports pic via Reuters

Heading into 2022, Woods hopes to emulate Ben Hogan, who also suffered a similar life-threatening car accident at the age of 36 and subsequently played limited events thereafter. Hogan would win 11 more times on TOUR, including six majors, after his near-death experience. “I don't foresee this leg ever being what it used to be, hence I'll never have the back what it used to be, and clock's ticking,” Woods said. “I'm getting older. To ramp up for a few events a year as Mr. Hogan did, he did a pretty good job of it, and there's no reason that I can't do that. I've come off surgeries before, I've come off long layoffs and I've won or come close to winning before. So I know the recipe for it.”

He will partner his son, Charlie, in the PNC Championship for the second straight year this week and use the opportunity to further assess his game in the 36-hole two-man scramble, hit and giggle exhibition. “Although it’s been a long and challenging year, I am very excited to close it out by competing in the PNC Championship with my son Charlie. I’m playing as a dad and couldn’t be more excited and proud.

His upcoming birthday on December 30 could well be low key and as a New Year awaits, he is keen to turn to a new page. It may somewhat be a co-incidence that 2022 will usher in the Year of the Tiger under the lunar calendar year and as we all know, a Tiger never loses his stripes. The golf world should brace itself for what could potentially be one final roar from Woods and witness yet another comeback for the ages.

* Chuah Choo Chiang is senior director, marketing and communications, APAC for the PGA TOUR and is based in Kuala Lumpur.