The AirAsia F-bomb incident: What would you have done?

Saturday, 31 Jul 2021 8:43 AM MYT By Alwyn Lau
Follow us on Instagram, subscribe to our Telegram channel and browser alerts for the latest news you need to know.
By Alwyn Lau

JULY 31 ― It appears social media remains abuzz with the on-going controversy over Thai AirAsia CEO Tassapon Bijleveld's use of profanity towards a subordinate during a townhall.

The public anger is multi-layered as not only was an F-word used, sexism also reared its ugly head. Everything was made worse by the fact that both the AirAsia CEO Tony Fernandes and AirAsia Digital president Aireen Omar were present at the meeting but did not call out Bijleveld for his behaviour.

My first reaction upon reading about the incident was, uh, I’ve seen worse. Way worse. And I’m 200 per cent sure I’m not the only one.

Spend about a decade or more in the corporate scene and you’ll be able to recount numerous stories of top directors saying absolute sicko things.

I’ve heard another CEO say he wasn’t surprised when he heard about two Indian colleagues fighting with each other because “blacks can’t talk to each other.”

Folks, this stuff happens all the time.

I’m not saying this to justify normalising any of it; I just want to curb the shock a bit. Maybe proffer some realism to anyone who thinks such language or behaviour is akin to some major global scandal. It’s not.

Corpses hidden inside the wall of the office building? That’s wild. Executives doing drugs during lunch hour? Not unheard of but still quite radical. But senior managers talking like they’re in a Tarantino movie? Dime a dozen.

You know what else is blasé? People laughing (or smiling) off such behaviour… and dealing with it privately after the occasion. 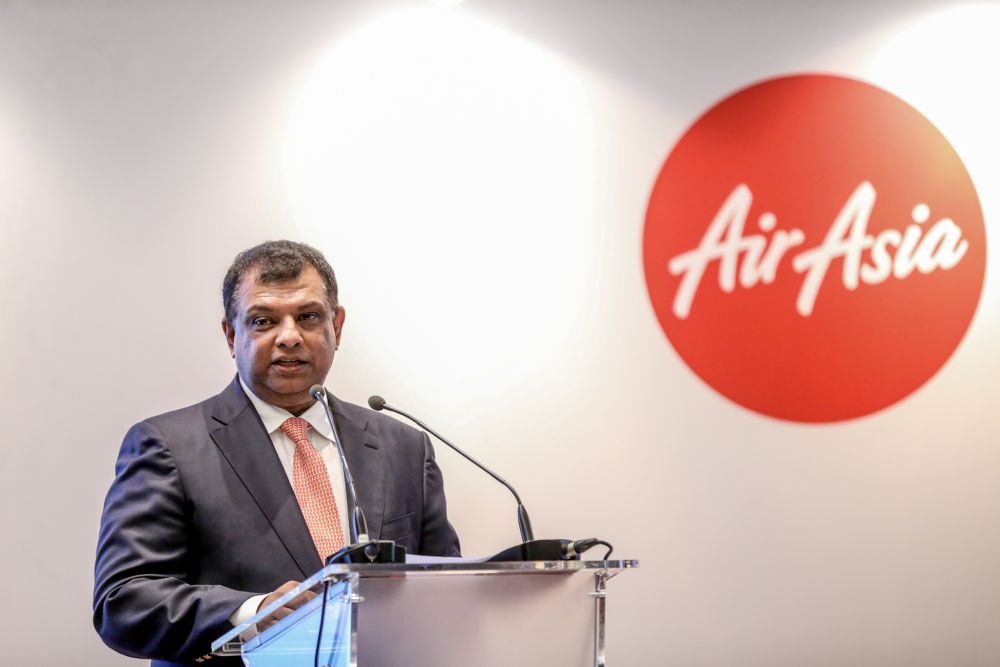 Tony Fernandes said he called the female employee shortly after the meeting to apologise for Bijleveld’s conduct. — Picture by Firdaus Latif

Chances are if you were Fernandes or Aireen, you would also have to force a grin and hope that a) the awkwardness fades, b) the offending senior party gets his act together and c) the meeting can proceed.

To be honest, many companies do not have time to deal with “inappropriate remarks”; there’s already a ton of paperwork as it is on HR’s desks (and it’s usually HR who has to clean up this crap if someone is investigated for uncalled for language).

To repeat: If a very senior member of the company commits a brain fart, 99.99 per cent of the time people pretend the person was speaking like the Queen of England and the corporate ball keeps on rolling.

Of course, if a junior individual talks like Harvey Keitel, then very likely that person will be reprimanded by that senior member for whom profanity cannot be tolerated (and this is only if there isn’t another senior member shooting his mouth off at the same time).

The principle of indirection

Now I recognise all this is far from ideal. However, here’s some friendly advice: Please refrain from calling out someone much senior than you in your organization, even if that person begins sounding like an angry Samuel L. Jackson.

Very few “veteran” executives will take kindly to being rebuked by junior staff; any such staff who tries will likely need to update his/her CV on JobStreet.

Better for everyone if we model good corporate language and get the message across “indirectly.” Better for both the senior staff and yourself if you respond to disrespect with respect and goodwill (not unlike what the female staff in the AirAsia zoom meeting did). Better for everyone if you remind everyone in general — and nobody in particular — that good manners and good language can only mean good things for the company.

And if these senior leaders don’t learn that lesson the easy (indirect) way, eventually they’ll learn it the hard (direct) way. I think Bijleveld would agree.