Where my competitive drive comes from

Thursday, 01 Oct 2020 11:30 AM MYT By Player's Blog
Follow us on Instagram, subscribe to our Telegram channel and browser alerts for the latest news you need to know.
By Player's Blog

OCTOBER 1 — Everything always seemed to be so hard growing up. We didn’t have a lot of money back when I was a kid, so I couldn’t always go play golf tournaments as much as I wanted to and basically couldn’t afford a coach. I never got anything handed to me.

Maybe that’s why I didn’t immediately gravitate toward the game of golf as a kid. Who knows? I was truthfully more interested in baseball when I was young. And I always liked playing basketball, too, even though I wasn’t quite big enough. As a child, it always felt like I was interested in anything but golf, and yet it’s what I eventually focused on. I guess I chose the right sport.

I credit my brother Chase with a lot of that. We just learned to go out and make golf fun when we were together, and I think that was the most important part of my interest in the game. I remember my parents would drop us off at maybe 7:30 in the morning and it would be dark before we headed home. We would still be on the putting green sneaking in a few flop shots, even though it was against the rules. We would just chip, putt and have fun. That was how it was every summer. It was like a dream and I wish I could do it today. When I have kids someday, I want to have that ability to go out there and just play all day long. It’s good to have fun, and you have to remember that golf is still fun, even though we're out here playing for a bunch of different things and trying to win tournaments. 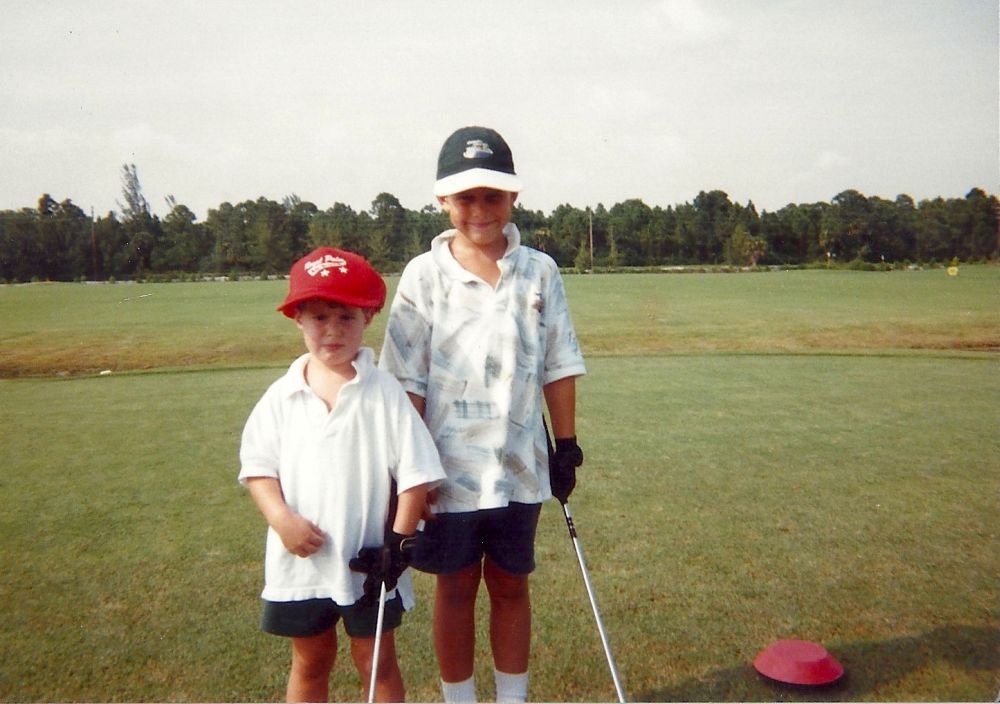 Brooks Koepka with his brother Chase.

I remember a kid named Kenny Leech — whom I’ve known since about 10 years old — and he was an unbelievable player. He kicked my butt for the longest time until we got to college. I'd say for a solid 10 years, he was doing some serious hurt on me. I don't remember beating him very much, and he handed it to me most of the time. I just hate losing. It doesn't matter what it is, if it's ping-pong, pool, darts, whatever it is, I just can't stand losing, and it drives me nuts. So anytime I can find a way to beat you up, even when I lose, I'll still revert back to when I beat you that one time. It's ingrained in me.

In college, I remember having a certain amount of money left over from my scholarship at Florida State University to play in a few tournaments. I always entered those with a strong sense of believe in myself. I think that’s the one thing I've always had — the ability to always believe in myself whether things are going well or not. And when things aren't going well, just stay the course and everything is going to be OK. It feels like I've done a good job with that.

Looking back now, I think I won maybe five tournaments as a junior in Tallahassee. It wasn't like I was winning consistently and I wasn't the “it” kid by any means. I wasn't the best. And when you're not that, I guess you really want to win, you always want to be something you can't be. And I think that's what drove me and took me over that edge. Finishing second or third—or a lot worse — really irritated me, and it ate me alive inside. That's why I think I've got it today.

I promise you, I work hard when I can, when I'm not physically incapable. I'm out there all day, every day practicing and trying to figure it all out, especially recently when I was struggling a little bit. So, it's been a lot of hours. I basically come home, get on the couch and just pass right out. There's nothing left, there's no energy that hasn't been spent.

In sports, you often see athletes finding something to motivate them. You find that something and use it to motivate yourself to show them or beat them. I'll pick out little things, whether it is playing with a guy for the week or the first two days. And you just want to show him what you're made of, show him what you’ve got. I think it's important to create those little matches that go on in my head. I love it when somebody tells me I can't do something. I enjoy proving them wrong. 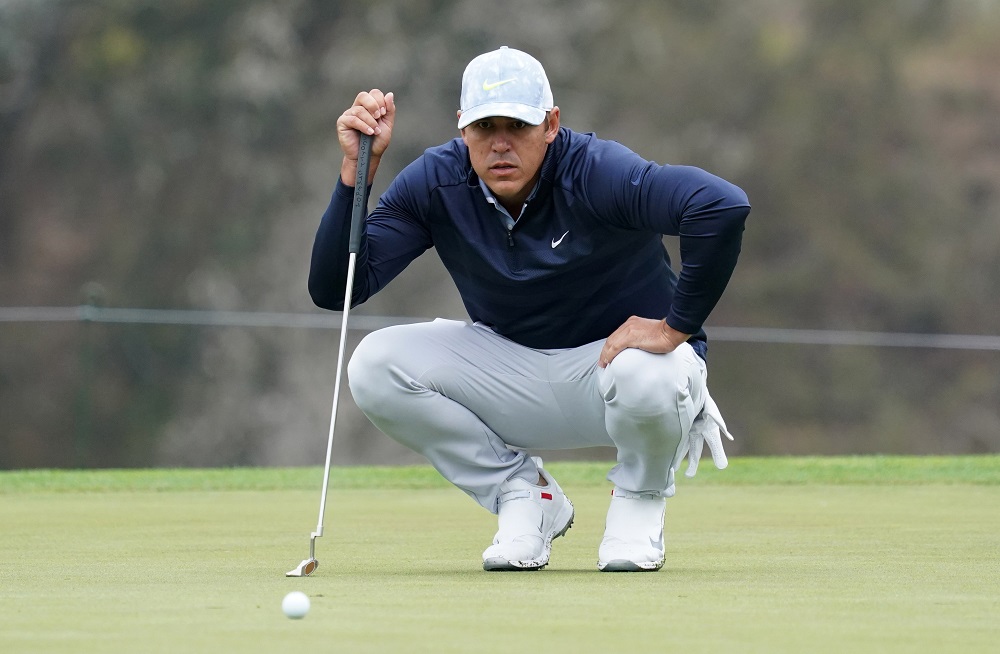 Brooks Koepka on the 10th green during the first round of the 2020 PGA Championship golf tournament at TPC Harding Park. ― Reuters pic

I get misconstrued sometimes as being outspoken, but I think some people can't handle the truth. I think that's the big difference. I'll tell you if I'm playing well, if I'm playing bad, or how I feel about what's going on. A lot of people don’t like the truth. They don't want to hear it and can't handle it. But I call it like I see it, so if I think you're acting like a child on the golf course, I have no problem saying it. A lot of times I won't say anything unless I'm asked. I can dish it and I can take it, too, so if I do something wrong, I'd be the first one to own up.

I know the bigger the stage and the brighter the lights, the more I'm ready to go and compete. And I think you have to be in a different mentality for that. I've thrived off it. I've always had to work for everything. So that's why I take enjoyment out of proving people wrong. It's been a fun ride for sure. The only people who are rooting for me are me and my family, and that's it. Everybody else is out here trying to beat me.

Where I am in my career right now, I feel like I could very easily have six majors to my name, and there's a lot of second places in there, too. I’d like to get to 25 career wins on the PGA Tour. That would be the No. 1 goal, and after that, it would probably be getting to 10 majors.

Why not shoot high, right? It’s the same competitive edge that brought me to this point. Maybe I should thank Chase and Kenny for that.

* Brooks Koepka is a seven-time PGA Tour winner, including four major titles. You can watch him and the PGA Tour on Astro Golf Channel and GOLFTV powered by PGA Tour.