Johor Mentri Besar Datuk Onn Hafiz Ghazi doing the “mini love” finger gesture and joined by teachers and students of Maktab Sultan Abu Bakar in conjunction with Teacher’s Day celebration in Johor Baru May 16, 2022. — Picture via Facebook/Onn Hafiz
Follow us on Instagram, subscribe to our Telegram channel and browser alerts for the latest news you need to know.
By BEN TAN

JOHOR BARU, May 16 — The Johor government has today announced an allocation of RM8.88 million to upgrade a total of 1,775 teachers’ rooms in all schools under the Ministry of Education within the state.

Johor Mentri Besar Datuk Onn Hafiz Ghazi said the allocation would benefit 53,000 teachers and was a sign of appreciation from the state government to educators in conjunction with Teacher’s Day which is celebrated nationwide today.

He said that under the allocation, each teacher’s room will be allocated a sum of RM5,000.

“The rooms are a resting place for teachers in the school and this allocation can be used either to buy air conditioners, refrigerators or also ovens.

“Hopefully, with this small assistance, it can provide comfort to teachers for them to continue to impart knowledge in order to educate the nation,” said Onn Hafiz after officiating the Teacher’s Day celebration at Johor’s oldest education institution at Maktab Sultan Abu Bakar secondary school in Jalan Sungai Chat here. 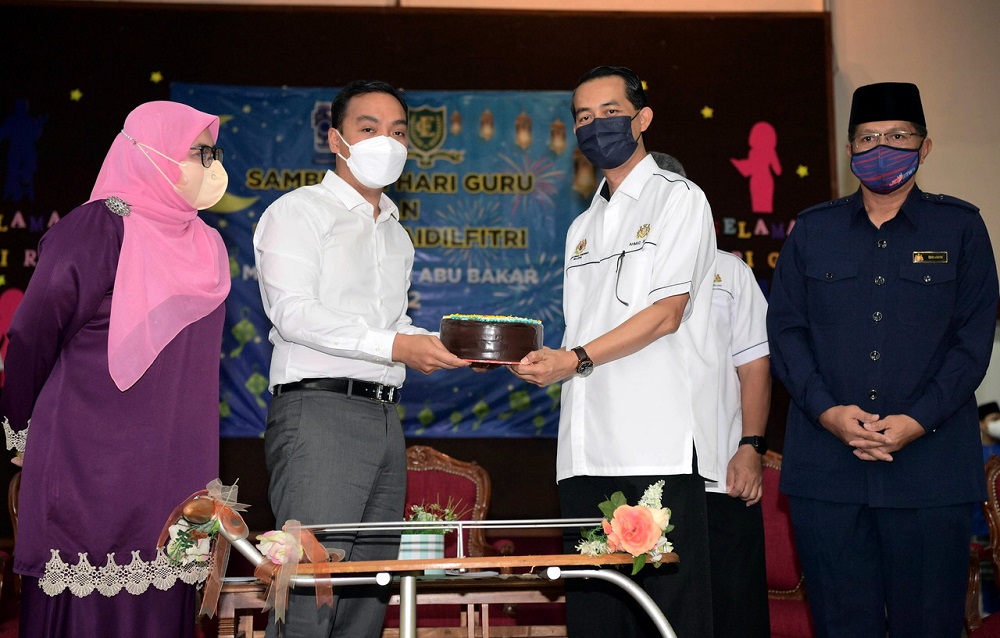 “Maktab Sultan Abu Bakar is one of the oldest schools in the state and it has produced many prominent people who have contributed to the country.

“Therefore, the allocation channelled by the state government to upgrade the hall at this secondary school is expected to provide comfort to the students as well as teachers,” said the Machap assemblyman.

It is an all-boys school under the royal patronage of the Sultan of Johor, and it has been awarded the status of Cluster School of Excellence by the Education Ministry.

Maktab Sultan Abu Bakar, which was established in 1914, is one of the ten oldest education institutions in Malaysia and the oldest school in Johor.