Candidates for the DAP supreme council, (from left) Anthony loke, Lim Guan Eng and Gobind Singh Deo waiting for the result announcement during DAP’s 17th Party Congress in IDCC on March 20, 2022. — Picture by Miera Zulyana
Follow us on Instagram, subscribe to our Telegram channel and browser alerts for the latest news you need to know.
By SOO WERN JUN

In an announcement made by returning officer John Lau Tiang Hua, the election saw Gobind scoring 1,782 votes, Chow 1,641 and Loke 1,625. 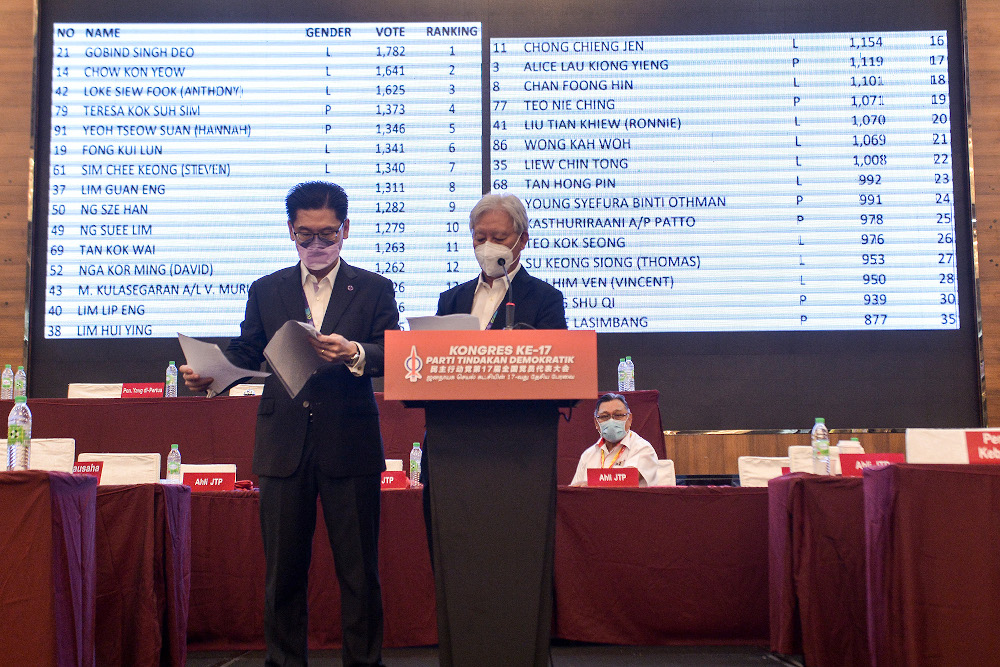 Candidates for the DAP supreme council lineup are seen during DAP’s 17th Party Congress in IDCC on March 20, 2022. — Picture by Miera Zulyana

At its last national congress, the party’s constitution was amended to set aside a 30 per cent quota for women in the CEC, which means there will be at least nine women in the new committee.

Among the Malay candidates who contested in the party polls, only Young Syefura made it into the CEC new line-up with 991 votes.