File picture shows a general view of traffic at the North-South Expressway near the Serdang exit October 11, 2021. — Picture by Yusof Mat Isa
Follow us on Instagram, subscribe to our Telegram channel and browser alerts for the latest news you need to know.
By BEN TAN

JOHOR BARU, Oct 14 — Johoreans are expecting traffic, especially along the North-South Expressway, to be heavier than usual this weekend after travel restrictions were lifted on Monday.

From Thursday afternoon, ahead of the weekend that starts in Johor on Friday, many are expected to traverse the highway, as they venture to their respective hometowns in the state, or even beyond.

This follows Prime Minister Datuk Seri Ismail Sabri Yaakob’s announcement on Sunday that the government had decided to lift district and state travel restrictions from Monday simultaneously, after the country hit its goal of vaccinating more than 90 per cent of its adult population against Covid-19. 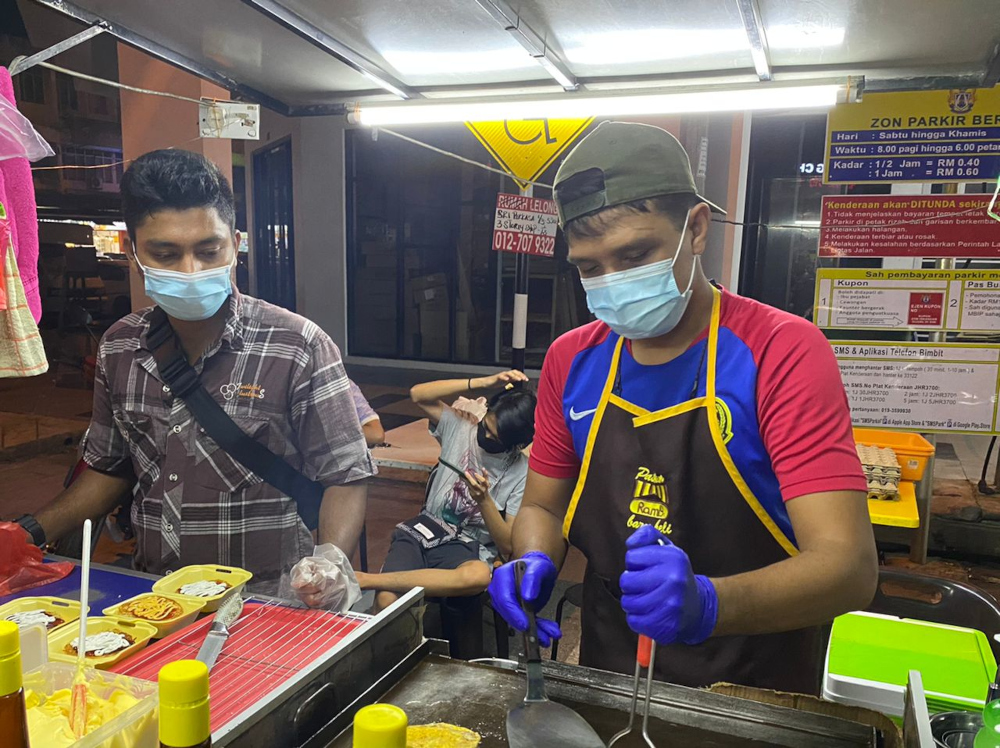 Burger stall proprietor Ahmad Lokman, 35, (right) said he will drive back with his wife to his hometown in Batu Pahat on Thursday evening. — Picture by Ben Tan

Among those using the opportunity to visit their hometown is burger stall proprietor Ahmad Lokman, 35, who will return to Batu Pahat for the weekend on Thursday evening.

“The lifting of travel restrictions is a good move as more than three months have passed since my wife and I were in Batu Pahat.

“We plan to take a slow drive from Johor Baru to Pontian, and then use trunk roads to Rengit and Batu Pahat to avoid the expected expressway congestion,” Ahmad, who has completed both Covid-19 vaccine doses, said to Malay Mail when met at his burger stall in Taman Perling here recently. 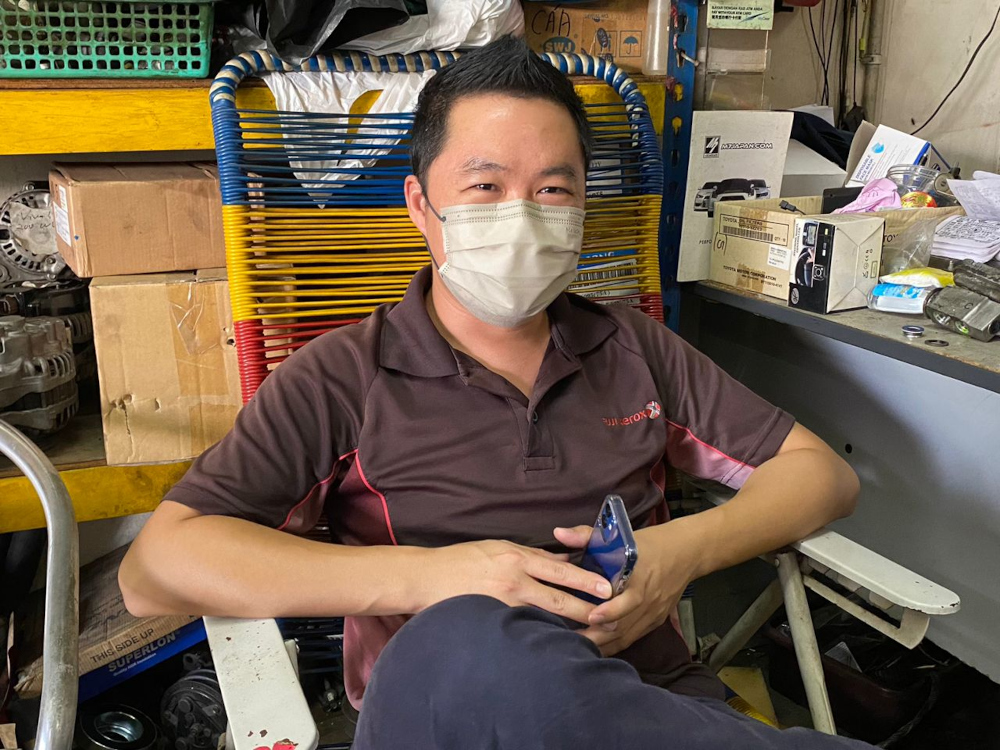 Johor Baru-based office automation supply supervisor Calvin Ong, 38, said he already has plans to return to his hometown in Cheng, Melaka with his wife and children on Friday evening. — Picture by Ben Tan

Office automation supply supervisor Calvin Ong concurred with Ahmad, saying that the easing of travel restrictions was timely as many Johoreans have not been to their hometowns or journeyed beyond state lines for a while.

The 38-year-old said he plans to return to his hometown in Cheng, Melaka with his wife and children on Friday evening.

“I am expecting a heavier-than-usual traffic flow along the North-South Expressway as many will be making their way out of state, or vice versa.

“What is important is that I get to return to Melaka with my family, as I have not been back for more than six months,” said Ong when met at a workshop here where he was waiting for his car to be serviced in preparation for his trip. 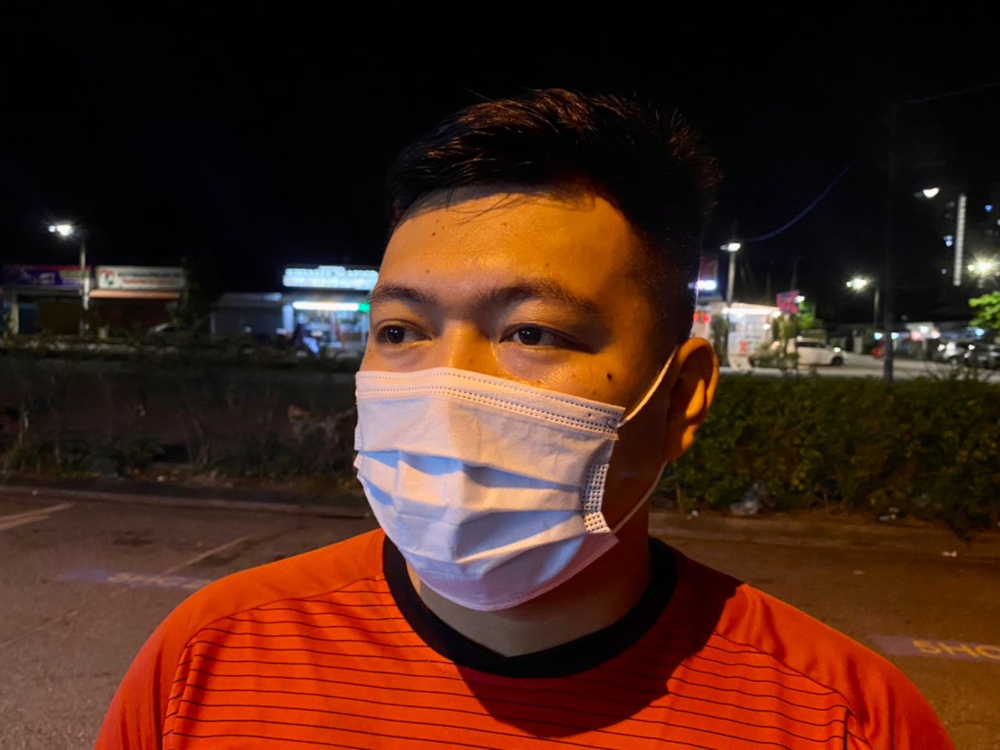 The lifting of travel restrictions was also welcomed by Sarawakian Rekan Ligong even though most of his family are not exactly half a day’s drive away.

The 32-year-old civil servant from Sarikei said many East Malaysians like him, who are based in the peninsula, will be heading to cities, such as Kuala Lumpur and George Town, where relatives reside.

“Some of us have been posted here for about 10 years, and in some ways, we are used to just taking a drive to other states on our days off.

“For me, I will visit my cousin in Kuala Lumpur. It has been almost two years since we met,” said Rekan. 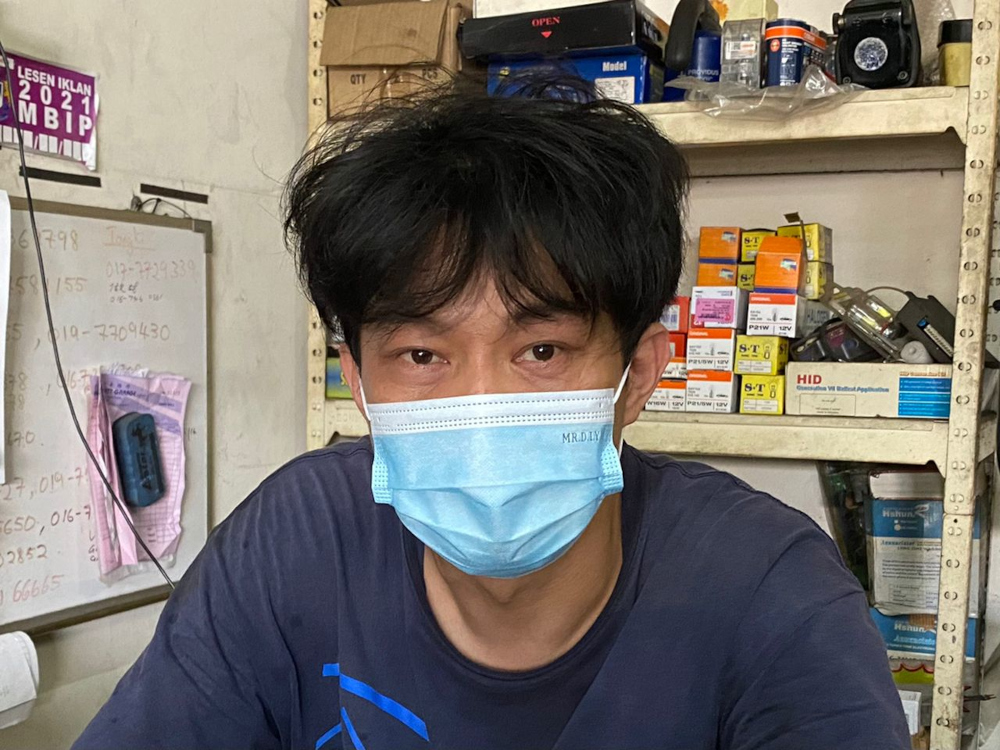 Workshop proprietor Yeap Leong Seng, 37, said there was no rush for him to return to his wife’s hometown in Jenjarom, Selangor as massive congestion is expected this weekend. — Picture by Ben Tan

However, several others whom Malay Mail spoke to, while welcoming the government’s move, said they will only start planning their trip in the next few weeks.

Workshop proprietor Yeap Leong Seng, 37, said he was in no hurry to return to his wife’s hometown in Jenjarom, Selangor.

“I plan to return to Jenjarom only at the end of the month to avoid other motorists,” he said.

Yeap added that he will monitor the situation as he is concerned about any spike in Covid-19 infections.

“I worry for my two-year-old daughter as she is not vaccinated against Covid-19.

“But overall, I feel that all Malaysians will welcome the reopening of our borders for leisure travel towards the end of the year,” he said.

Johorean Wan Mustafa also said he will sit out this month before paying a visit to his siblings in Bukit Jelutong, Shah Alam.

The 36-year-old food shop operator said he did not relish the prospect of being stuck in a slow crawl along the highway.

“At the same time, as the father of three young daughters, I am concerned about any sudden rise in Covid-19 cases now that the entire country is open,” he said.

Wan said he would likely only be travelling at the end of this month, and might even wait until early next month.

“Why rush with everyone else when the government has committed to lifting travel restrictions?” he said, adding that he prefers to plan his journey rather than embark on an impromptu trip.

Similarly, B. Mani will only be making his way back to his former base in Kuala Selangor, Selangor at the end of the month after receiving his salary.

“Basically, I think that by month-end is a better time for me to drive to Kuala Selangor, and at the same time, stop over in Kuala Lumpur.

“I will have better spending power by then, and it hopefully won’t be a mad scramble with other motorists,” said the 40-year-old food services employee.

What the police say

However, the amount of vehicles on state highways and roads is expected to jump by 40 per cent this weekend.

“Traffic police anticipate between 19,000 and 21,000 vehicles a day,” he said when met here earlier this week.

However, Khairul Azhar said the traffic situation for Johor remains under control.

“Traffic police are constantly monitoring the roads to ensure that no unusual congestion occurs,” he said.