Health Minister Khairy Jamaluddin said the states involved in the operation are Johor, Kelantan, Kedah, Pahang, Perak, Penang, and Sabah, where an additional supply of vaccines, medical equipment and assets, and healthcare officers will be directed to these areas. — Picture by Shafwan Zaidon
Follow us on Instagram, subscribe to our Telegram channel and browser alerts for the latest news you need to know.

He said the states involved in the operation are Johor, Kelantan, Kedah, Pahang, Perak, Penang, and Sabah, where an additional supply of vaccines, medical equipment and assets, and healthcare officers will be directed to these areas.

“An immediate effort that is of great urgency is to make sure the spread of Covid-19 in several of these states can be stopped as fast as possible. We will bring the same sense of focus and intensity seen under the Greater Klang Valley task force to a few states facing high infection rates.

“They will not only receive more doses of vaccines, but we have already started the process of transferring assets and clinical manpower to those states from areas that do not need these assets urgently.

“This is to make sure the daily number of cases and the number of Malaysians who need to be hospitalised from experiencing serious symptoms of Covid-19, and also the number of deaths can be reduced in those states and across Malaysia,” he said during his first press conference since being appointed as health minister.

Khairy then revealed the breakdown of additional vaccine doses to these states, where Johor will receive 1.9 more doses, Kedah with 1.3 million, Kelantan with 1.2 million, Pahang with 1.4 million, Perak with 1.6 million, one million to Penang, and 2.9 million doses to Sabah.

Explaining further, he said the approach taken in Labuan to ramp up vaccination rates and similarly for Ops Surge Capacity in the Klang Valley had proven that the strategy is successful.

Among other tangible evidence of their efforts bearing results, said Khairy, was how hospitalisation rates in Kuala Lumpur and Selangor have dropped in tandem with increasing vaccination rates.

“In Klang Valley, Selangor, Labuan, and even Negri Sembilan, we saw the effectiveness of the vaccination programme where hospitalisation rates, after more than 50 per cent of the adult population received their second doses, showed a significant reduction,” he said,

These seven states have seen new Covid-19 infections surge over the last week, with Sabah among the worst affected, where numbers in the Borneo state almost reached 4,000 new Covid-19 cases within a day. 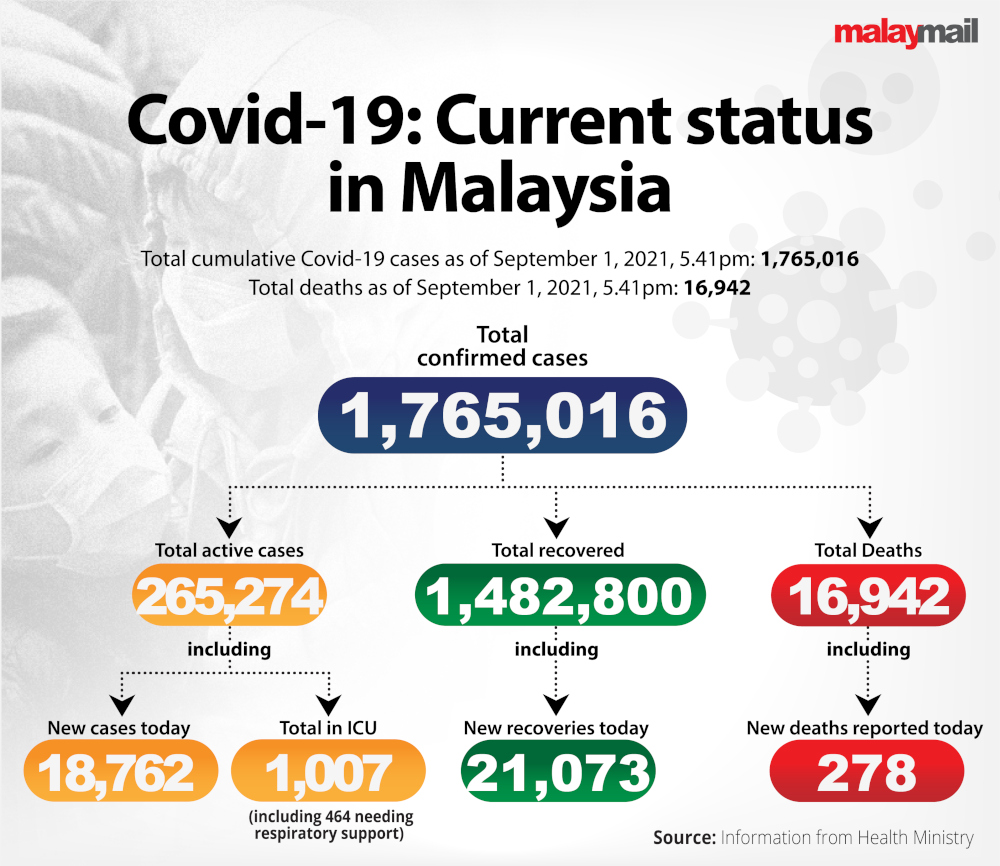