In KL, barricades and police presence despite #Lawan rally cancelled days ago

Police cordoned off entry into Dataran Merdeka in Kuala Lumpur August 21, 2021. ― Pictures by Firdaus Latif
Follow us on Instagram, subscribe to our Telegram channel and browser alerts for the latest news you need to know.
By ZURAIRI AR AND FIRDAUS LATIF

KUALA LUMPUR, Aug 21 ― The police have erected barricades across numerous roads in the capital here together with officers present at certain roadblocks, even as the youth-led rally dubbed #Lawan originally scheduled today was already called off on Wednesday.

Malay Mail’s checks showed that the historic Dataran Merdeka, which was the site of the last protest by the coalition Sekretariat Solidariti Rakyat (SSR) on July 31, has been cordoned off.

In a statement yesterday, the police announced the operation called Op Aman with traffic diversion involving 88 locations starting at 9am.

The statement said the operation was due to information it received on a gathering or march planned for today. It did not elaborate on the alleged event. 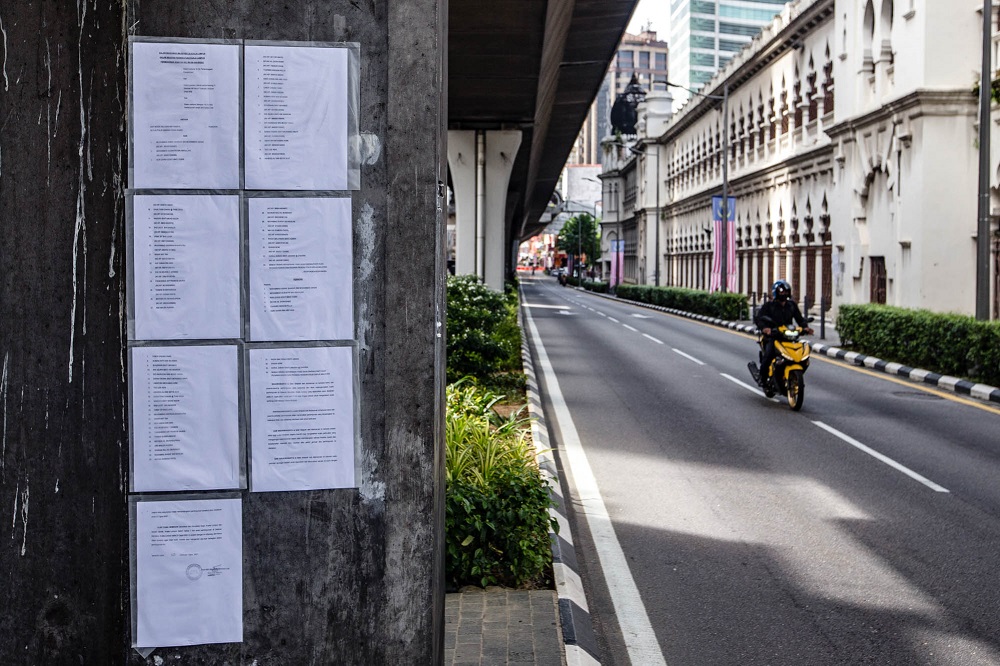 The list of SSR activists restricted from entering several areas in Kuala Lumpur.

RapidKL also announced the closure of several LRT, MRT and monorail stations between 9am and 3pm, which it said is “for public's safety”.

In a statement yesterday, SSR said it has already notified Dang Wangi police chief ACP Noor Dellhan Yahaya on Wednesday, August 18 that the protest has been cancelled.

It also said that the police have gone beyond its powers by sharing the personal information of the activists, such as their full names and MyKad identification numbers on social media. 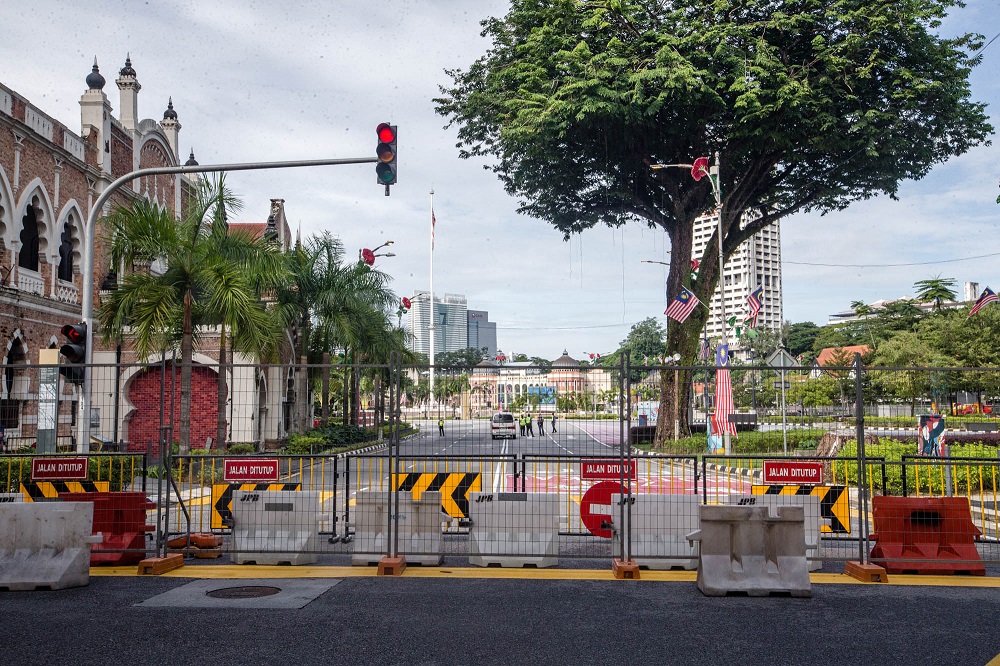 Dataran Merdeka has been cordoned off by the police.

On Thursday night, the police had arrested 31 participants of a candlelight vigil in remembrance of over 13,000 who have died from Covid-19, organised by SSR.

Noor Dellhan said they were all issued compound notices with fine of RM2,000 each for allegedly breaching Covid-19 restrictions.

The arrest had included police officers dragging and manhandling participants, refusing to confirm the arrest, and later refusing entry to lawyers to represent those arrested. 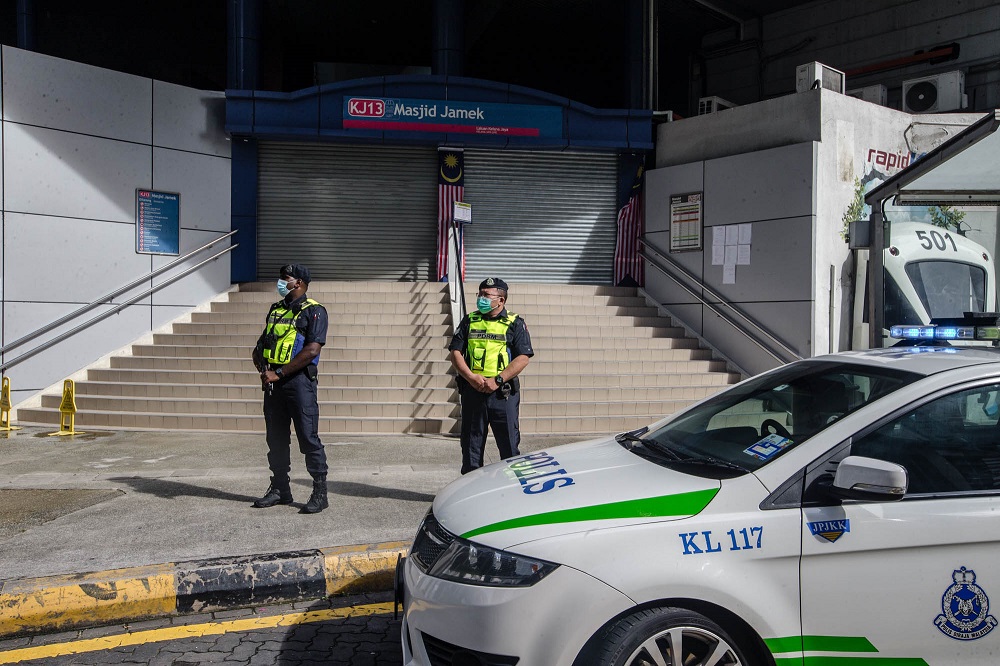