People queue outside the World Trade Centre Kuala Lumpur as they wait to receive the AstraZeneca Covid jab May 16, 2021. ― Picture by Firdaus Latif
Follow us on Instagram, subscribe to our Telegram channel and browser alerts for the latest news you need to know.
By ASHMAN ADAM

KUALA LUMPUR, May 16 — Those who went for their vaccination appointments at the World Trade Centre Kuala Lumpur (WTC) vaccination centre yesterday reported and posted scenes of overcrowding on their social media accounts.

Some people had to wait two hours before they got their AstraZeneca shots and others said they were “freaked out by the crowds.”

The Covid-19 Immunisation Task Force (CITF) said this was due to people who were not registered for the vaccine “trying their luck” to get vaccinated, as well as those who arrived way earlier than their vaccination appointment times.

Malay Mail was there this morning to see if this was still an issue today and found heavy police and army presence on scene managing a relatively large crowd outside WTC.

At the three main entrances to the vaccination halls, the police could be seen approaching people to make sure they had appointments and asking those who did not to leave.

Even those who did have appointments, but arrived early were told to leave the area and come half an hour before their appointment time. 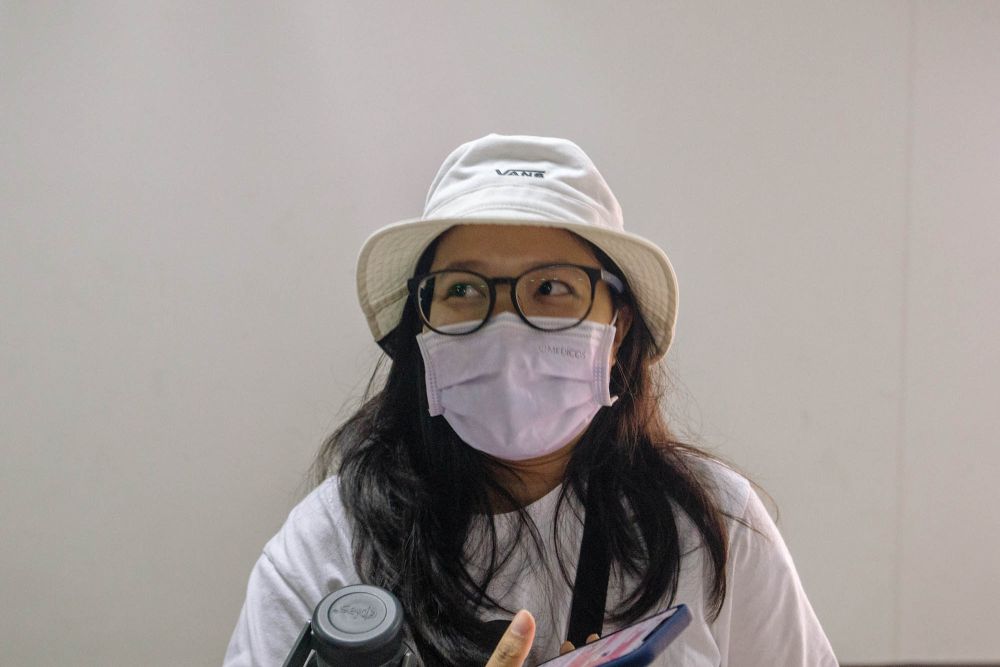 Nuraina Nordin, 26 speaks to Malay Mail during an interview at the World Trade Centre Kuala Lumpur May 16, 2021. —P icture by Firdaus Latif

Nuraina Nordin, 26, was among those who was told to come back later by the police, as she had arrived at WTC at 8am for her 10am appointment.

“I came early today expecting a crowd because I saw on Twitter yesterday that there was a line. When I reached the entrance, the police checked my appointment and told me that I had arrived too early and asked me to come back at 9.30am.

“When I returned, there was no line and it was all very smooth. I signed in using the MySejahtera application and the whole process took less than an hour,” she said.

A representative from CITF also clarified that the one main entrance to the hall has been split into three separate entrances to counter the overcrowding issue at WTC, adding that the police were also there to help guide people to their correct entrances.

Once inside, the process from filling up one’s details to receiving the vaccine went smoothly as people were shuffled from one section to another like clockwork. All while physical distancing was maintained. 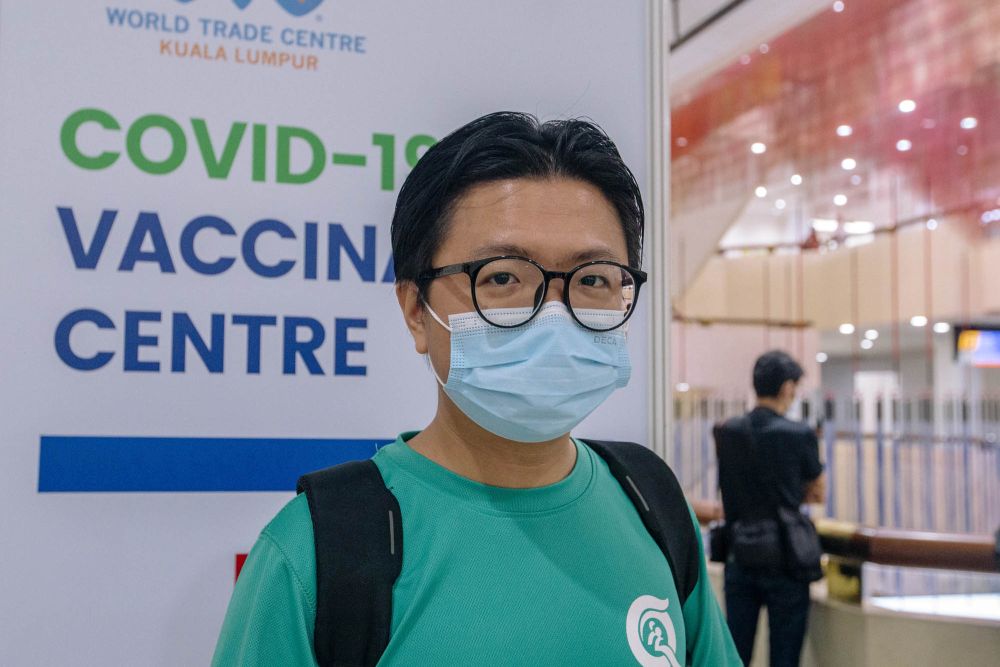 Dr Kev Lim, CEO of QueueMed — a healthtech company that works with CITF to streamline the queuing system used at the vaccination centres — said that yesterday’s kerfuffle was a real lesson for them, and that his team along with CITF and its associates have worked hard  to ensure the overcrowding issue is over and done with.

“Yesterday, we had a little hiccup. But I’m glad to say that today things are running much smoother. We’ve learned from it and have separated the entrances so that crowding can be avoided at all cost.

“I’d also like to remind those with appointments to not come so early for your vaccinations. Come within half an hour of your appointment, our system is very efficient and you won’t need to line up for long at all,” he said.

Maryam Fatimah, 26 speaks to Malay Mail during an interview at the World Trade Centre Kuala Lumpur May 16, 2021. — Picture by Firdaus Latif

Maryam Fatimah and her two friends, Syahin Mazlan and Liyana Madihah, agreed, expressing how happy they were at the speed and efficiency of the vaccination programme.

“We got here at 9.30am for our 10am appointments,” Maryam said. “We got in line together, went through the whole process together and before we knew it, we were at the photobooths taking pictures with those ‘I’ve been vaccinated!’ cards.

“I’m super impressed with the whole thing. I thought we would be stuck here for at least half a day, but that’s not the case,” she said happily.

Ivan Teoh, who was there with his girlfriend and her father, also said the same thing. In fact, they were late for their appointments.

“My appointment was supposed to be at 11am, but I got there at 11.30am. I thought to myself, do I need to re-register for the vaccine if I miss my appointment? 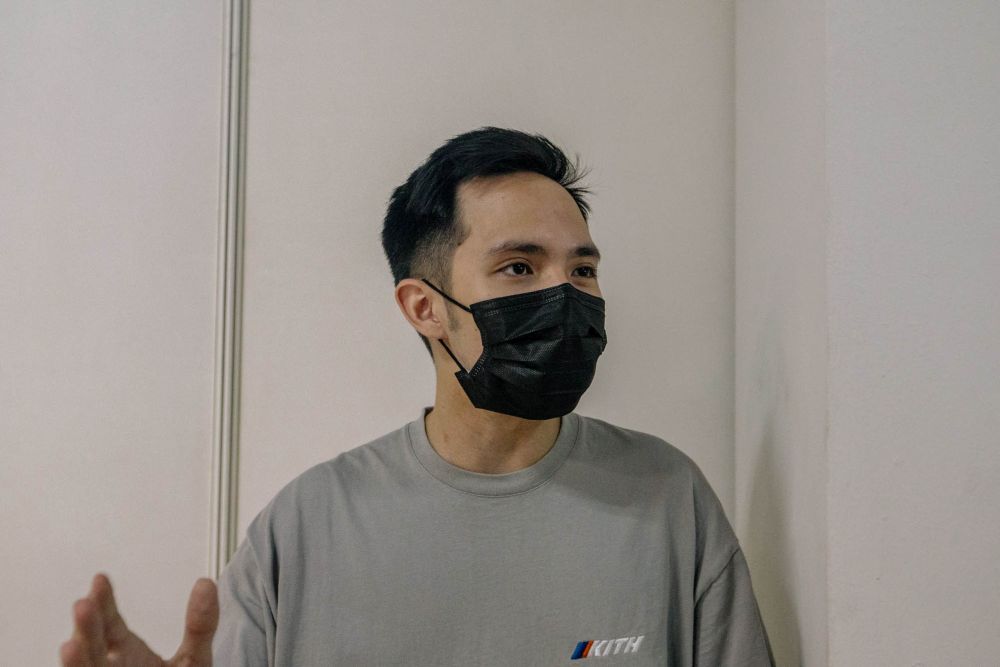 Ivan Teoh speaks to Malay Mail during an interview at the World Trade Centre Kuala Lumpur May 16, 2021. — Picture by Firdaus Latif

“I ran to the entrance, and they let me in. I was so glad. They said that as long as I had an appointment, I could enter and I was lucky enough to be able to catch up with my girlfriend and her dad,” he said.

“PPV AZ WTCKL much smoother today. Better crowd control outside. Good learnings for eventual opening of the country’s biggest vaccination centre: PPV Stadium Bukit Jalil which will be able to do > 10k per day,” he said in a tweet.

On Friday, it was announced that the capacity at the WTC vaccination centre for the AstraZeneca vaccine has been increased to 8,100 doses a day. 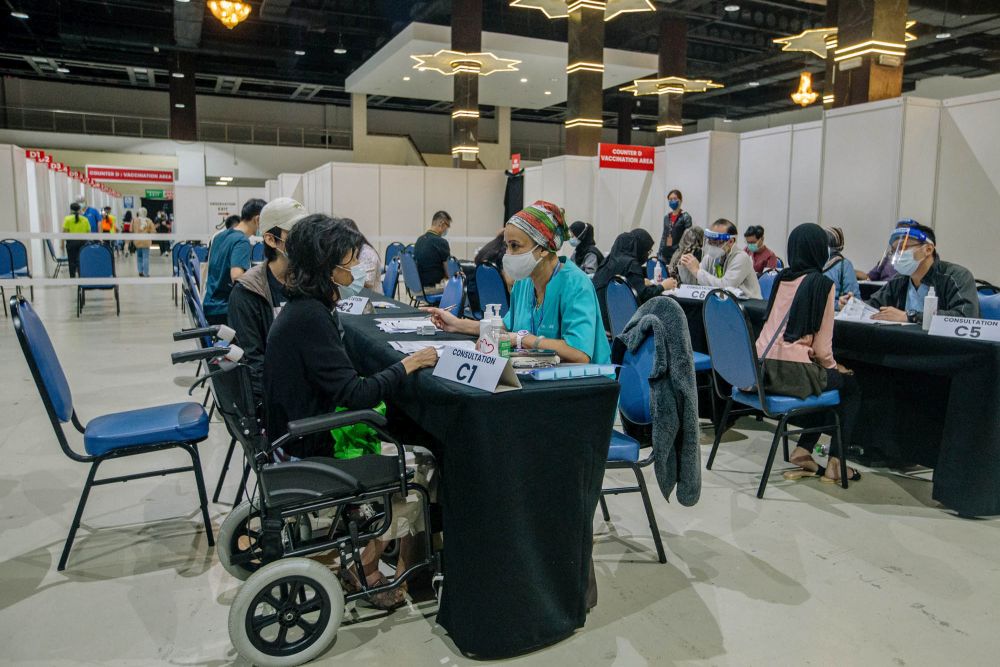 Members of the public register their personal details before receiving the AstraZeneca Covid-19 jab at the World Trade Centre Kuala Lumpur May 16, 2021. — Picture by Firdaus Latif

On May 2, the government opened opt-in bookings for the AstraZeneca Covid-19 vaccine for eligible individuals over the age of 18. The vaccination exercise for voluntary applicants began on May 5. 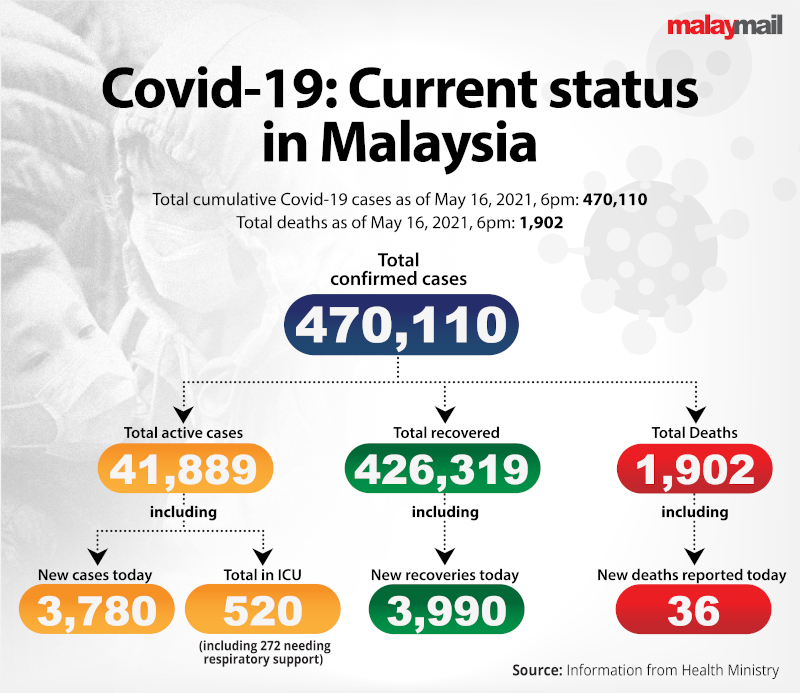